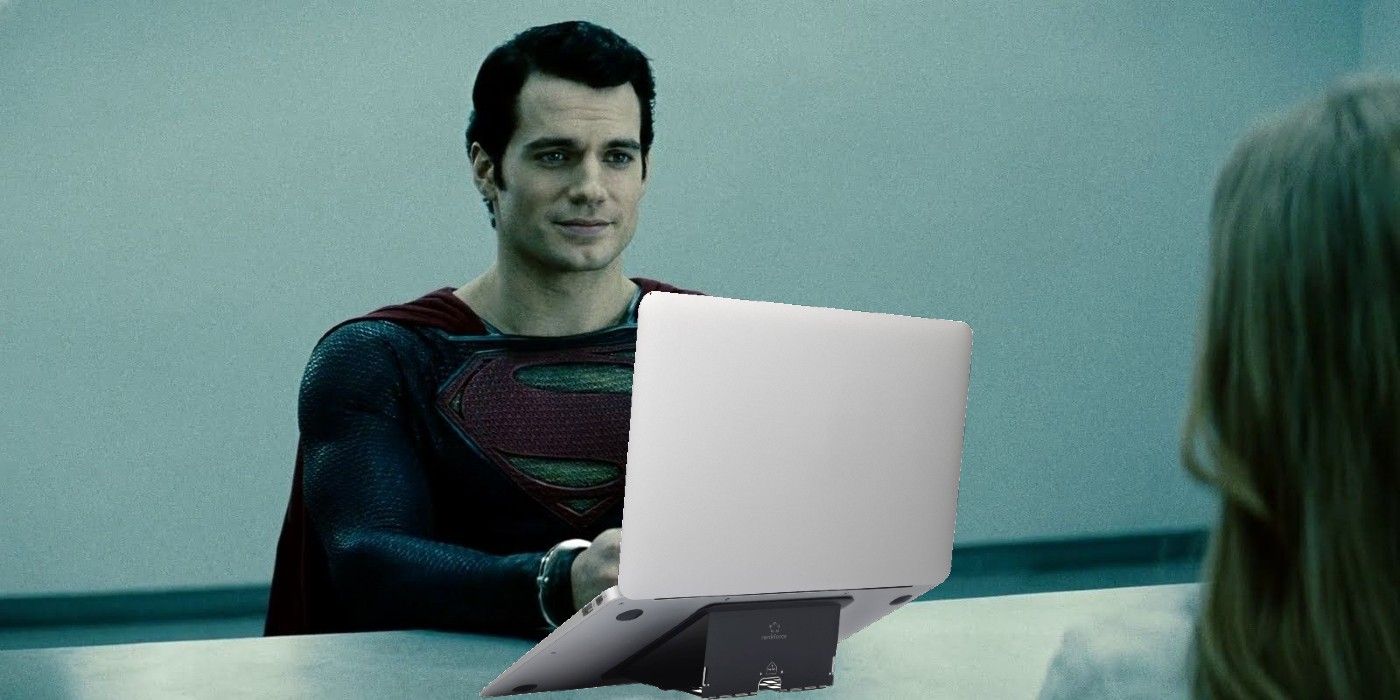 Superman actor Henry Cavill reveals he’s been tempted to respond to some of his online fans in anonymity. Cavill has played Superman for the better part of the last decade, but his future with the character had been in question after much upheaval in the DC Extended Universe, including Robert Pattinson taking over the role of Batman from Ben Affleck. However, in May it was reported that Cavill was in talks to return to the role of Superman. That has since spun off hundreds of Internet rumors about the future of the character and Cavill’s attachment to the role.

Cavill has been no stranger to controversy since donning the Superman cape, from the first announcement he would be playing the role to his infamous CGI lip in Batman v Superman: Dawn of Justice. Luckily, Cavill has had an even-handed approach to fans of his characters, usually standing by the idea that fans are entitled to their own opinions. This extends to his role as Geralt of Rivia in Netflix’s The Witcher as well, with Cavill celebrating the passion of fans and taking issue with the term “toxic fandom.”

Related: The Snyder Cut Will Finally Feature A Darker Superman

During an interview with Variety, Cavill was pressed on his frustrations with online commentators and gossip loving fans, asking if he had ever felt the temptation to fire up an anonymous account and respond to Superman rumors. Cavill shared that while he has indeed thought about anonymously trolling some fans, he decided against it because it feels, in his words, “deeply immoral.” Cavill continued, saying he feels it would be betraying the character he has brought to life for the last decade. Read his full quote below.

I’m not going to lie; I’ve been very tempted, but there’s something about that, that feels deeply immoral. When it’s about Superman, and if I’m representing Superman, it just feels like the wrong thing to do. I’m just going to let this all play out. Me saying something isn’t going to make a difference. What does it really matter? One day, people will know the truth, and if they don’t know it now, it’s okay.

While Cavill was specifically asked about trolling anonymously, many celebrities have used their verified platforms to do so. Chris Evans, Rihanna, and even Cher have used the Internet to mock politicians, fans, or online harassers with success. However, in some cases it doesn’t work out. For example, Star Wars actor John Boyega drew the ire of a subset of fans this past December, when he shaded Kylo Ren and Rey’s relationship and then embraced the backlash, likely causing him to lose a few followers in the process. All told, Boyega and other celebrities appear to have a different approach than Cavill.

In particular, Cavill displays an understanding that even fans’ vitriolic comments ultimately come from a place of love for the source material. Cavill’s attitude toward fans who disagree with the direction he takes his characters in is a welcome change from some celebrities’ scornful or dismissive attitudes toward fans with different opinions. Tying this understanding of the fans to his representation of Superman puts Cavill’s commitment to the character at the forefront. Luckily, with the Snyder Cut on the horizon, audiences will get to see Cavill’s appreciation for Superman fully on display once again.

Next: Superman: Why Christopher Reeve’s Man of Steel Is Smarter Than Henry Cavill’s

Infinity War: Why None Of The Original Avengers Disappeared In Thanos’ Snap
Related Topics
This article was originally published by Screenrant.com. Read the original article here.
Tweet