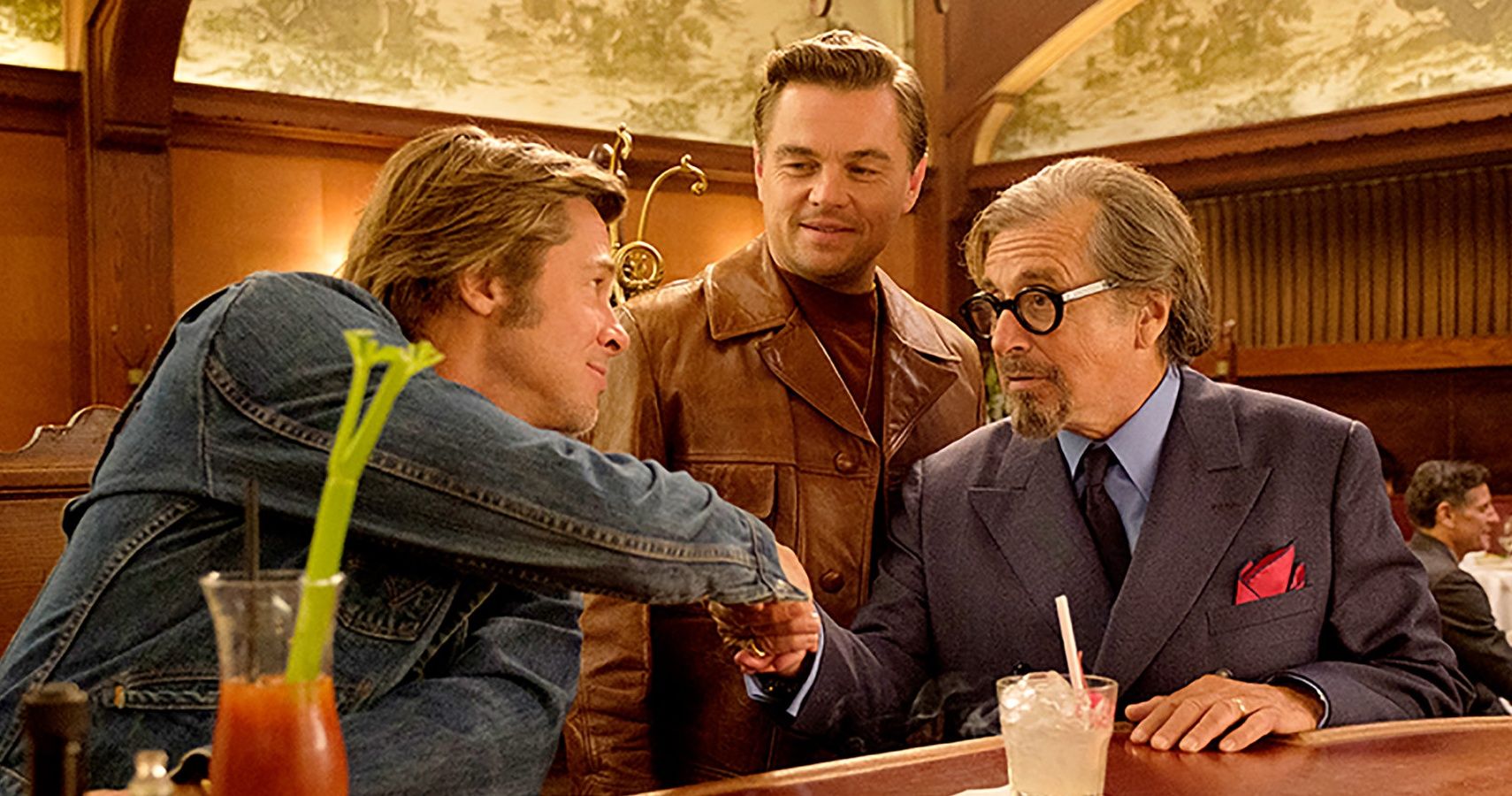 Sony dropped a surprise Once Upon A Time In Hollywood documentary on YouTube. The film, written and directed by the legendary Quentin Tarantino, is nominated for a whopping ten Academy Awards, including Best Picture.

Once Upon A Time In Hollywood is set in 1969 and tells the story of Rick Dalton, a formerly successful Western actor struggling to stay relevant in an evolving Hollywood he no longer recognizes and his best friend and stunt double Cliff Booth. Portrayed by iconic actors Leonardo DiCaprio and Brad Pitt respectfully, Rick Dalton and Cliff Booth sail against the stormy winds of change and wind up finding real-life drama on their own doorstep via the murderous Manson family. Meanwhile, Dalton’s beautiful next door neighbor and actress Sharon Tate (played by Margot Robbie) enjoys her burgeoning acting career, a rather rocky marriage to Roman Polanski, and a pregnancy until a cult group bent on murdering her goes to the wrong house.

Sony released the intriguing behind-the-scenes documentary for Once Upon A Time In Hollywood, and is a great treat for fans of the movie. The documentary’s release is quite well timed, having dropped two weeks before the Oscars are announced on February 9th. Regardless of the intentions behind the documentary’s timing, the video is quite informative and fun to watch and Once Upon A Time In Hollywood remains a frontrunner for Best Picture. Check out the half-hour documentary below.

What’s great about Tarantino’s ninth film is not only that it’s an ode to the art of filmmaking, but also in the way the plot handles the tragic tale of Sharon Tate. The film does depict the Manson murders, but in typical Tarantino fashion audience expectations are subverted when Rick and Cliff end up killing the cultists who had meant to kill Tate in a gruesome, flame-blowing fashion. Sadly that wasn’t what happened in real life but it was nice to see a film where Sharon Tate got to invite her neighbors over after a long rough night. The revision of a real life tragedy may have gone horribly awry in a less skilled director’s hands, but Tarantino gives Tate the happy ending that she deserved but sadly never lived to see. Once Upon A Time In Hollywood has also inspired a television spinoff, which Tarantino announced he plans to direct.

Once Upon A Time In Hollywood is a dreamy fairy tale, a love letter to a Hollywood that once existed and to the art of filmmaking and a passion for well crafted stories. DiCaprio, Pitt, and Robbie are electrifying, some of Hollywood’s brightest shining a light on the world of movies and and the dark seedy underbelly masking itself underneath all of the glamour of fame. Tarantino took a tragic pre-ordained ending everyone already knows and added a whimsical optimistic blood-soaked spin, all coated with a drop of optimism that makes the film a worthy contender for Best Picture.

Next: Once Upon A Time In Hollywood’s Ending Is A Cliff Booth Drug Trip