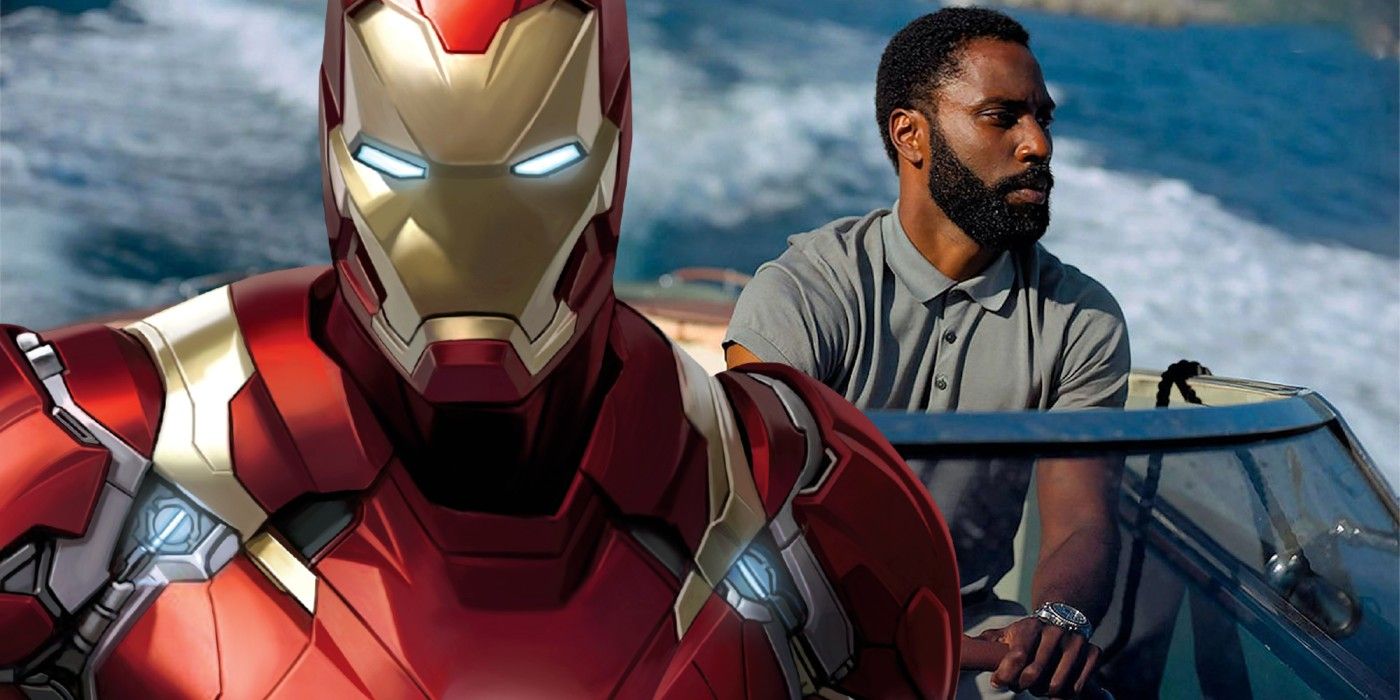 With the way people go to see films in theaters changing, Tenet can be less spoiler-phobic with its marketing and buck a trend popularized by Marvel. For the vast majority of this year, movie theaters have shuttered their doors due to the health and safety concerns raised by the ongoing COVID-19 pandemic. Warner Bros. had initially hoped to welcome audiences back with the release of Christopher Nolan’s sci-fi film Tenet on July 17, and held onto the date for much longer than many felt wise. In the end, with COVID-19 numbers in the U.S. still on the rise and markets like New York and Los Angeles yet to reopen their movie theaters, they were forced to abandon those plans.

After delaying Tenet to late July and then mid-August, WB has since removed it from the release calendar altogether, and has yet to announce a new date. In a related statement, WB Chairman Toby Emmerich added the studio is “not treating Tenet like a traditional global day-and-date release, and our upcoming marketing and distribution plans will reflect that.” Rather, they are reportedly considering releasing Tenet in parts of the world where the virus is more under control (like China and South Korea) before it plays in the U.S.

Should WB decide to move forward with a staggered theatrical rollout for Tenet, it could present a golden opportunity for them to simultaneously move away from the spoiler-phobic marketing approach that has become commonplace for blockbusters over the past ten years. Of course, as was generally the case with trends in Hollywood during the 2010s, this particular practice can be traced back to Marvel Studios and the MCU.

Obviously, Marvel Studios didn’t invent the idea of trailers and TV spots that dance around revealing what the movies they’re promoting are actually about. Still, it was something they helped to make much more commonplace. Arguably, they really started to do this with the marketing for Iron Man 3, and for good reason: the film had a massive twist to hide involving its (supposed) big bad, The Mandarin. By the time they were readying to promote Avengers: Age of Ultron two years later, it had become their core approach to edit their marketing clips to reveal as little about their movies as possible. (Case in point: it was well known ahead of time Paul Bettany was playing a key role as Vision in Age of Ultron, yet the character barely showed up during the film’s trailers, save for a very brief closeup shot presented without any context.)

A few years later, the studio took their spoiler-free strategy even further while promoting Avengers: Infinity War and Endgame, with trailers and TV spots that barely scratched the surface of what either movie was even about. In both cases, the films were then released in most countries at once or over the course of a week, allowing Marvel to further clamp down on audiences leaking spoilers to those who hadn’t had a chance to see them yet. By the time all this was happening, Marvel’s marketing philosophy had been embraced by other studios and filmmakers too. The appeal is fairly obvious: 1) In a creative sense, it allows movies to save as many surprises and awe-inducing moments for the first time people watch them on the big screen as possible, as opposed to seeing them play out in trailers that diminish the experience in advance, and 2) From a business perspective, it effectively motivates people to rush out and see those films as soon as they begin playing in theaters, lest they be “spoiled” and have their enjoyment ostensibly ruined.

The Problems With The Marvel Marketing Approach

Unfortunately, what sounds good (to some) on paper has proven to be a double-edged sword. The approach largely works for the MCU thanks to its interconnected structure: it’s designed a lot like a TV series (only with films instead of episodes), so all its marketing has to do is show enough to keep audiences invested in finding out what comes next. However, when applied to, say, Star Wars, it’s created problems. Much has been written about The Last Jedi‘s marketing and how its spoiler-phobic trailers might’ve contributed to the backlash against the movie by creating false expectations and misrepresenting what it was aiming to do. By comparison, the trailers for The Rise of Skywalker failed to fully stoke the fires of anticipation, and for a simple reason: they were so concerned about not dropping spoilers, they forgot to show why the film was going to be an exciting conclusion to the Skywalker Saga (and, thusly, worth catching in a theater).

Related: Tenet Theory: The Movie’s Palindrome Theme Means It Has a Tragic Ending

Other films have been similarly hurt by spoiler-phobia and secrecy. In 2017, Blade Runner 2049 bombed at the box office in spite of positive early buzz (thank to its strong reviews), and it wasn’t hard to understand why: its trailers only really spoke to those who were already fans of its predecessor (a movie that, it’s worth remembering, also bombed before becoming a cult classic), and were otherwise so secretive they didn’t give newcomers much reason to think this was something they needed to check out. This obsession with avoiding anything that could be considered a spoiler has even led to backlashes against trailers that (seem to) buck this trend. For example, when the first trailer for Jurassic World: Fallen Kingdom revealed Isla Nublar is destroyed by a volcanic eruption in the film, co-writer and producer Colin Trevorrow quickly had to assure everyone the promo didn’t show anything that happens beyond the first hour of the sequel.

How Tenet Can Change The Way Movies Are Sold

The marketing for Tenet has already been rather unconventional (with trailers releasing in theaters only or premiering on Fortnite), so it might as well continue to change things up. If the movie does, in fact, open in various parts of the world – and, according to some insiders, possibly even smaller cities in the U.S. – before it makes it way over to New York and Los Angeles, Tenet will have little need to continue being ultra-secretive in its marketing since the biggest spoilers will already be out in the world. Ironically, it was Marvel Studios that recently demonstrated how to handle a situation like this with Endgame: in the weeks that followed its record-breaking opening weekend, they began releasing trailers and TV spots that spoil some of the movie’s biggest surprises, as a way of enticing audiences to either come back for more or finally see what all the fuss is about.

That’s not to say Tenet should take this strategy to the same extreme as Endgame, but its marketing could easily reveal more about the film’s plot than its trailers have so far, while at the same time providing glimpses of the movie’s biggest moments, as a way of generating intrigue. With so many films having been delayed by the coronavirus and studios just wanting to get their products out there, this focus on creating interest over maintaining secrecy with trailers and TV spots could then become the norm for Hollywood moving forward, were Tenet to actually go this route. Frankly, there seem to be a growing number of people who’ve tired of this obsession with avoiding spoilers (to the point where few are even able to agree on what reasonably constitutes a “spoiler”), and this is as good a time as any for Hollywood to address this issue.

NEXT: Everything We Know About Christopher Nolan’s Tenet