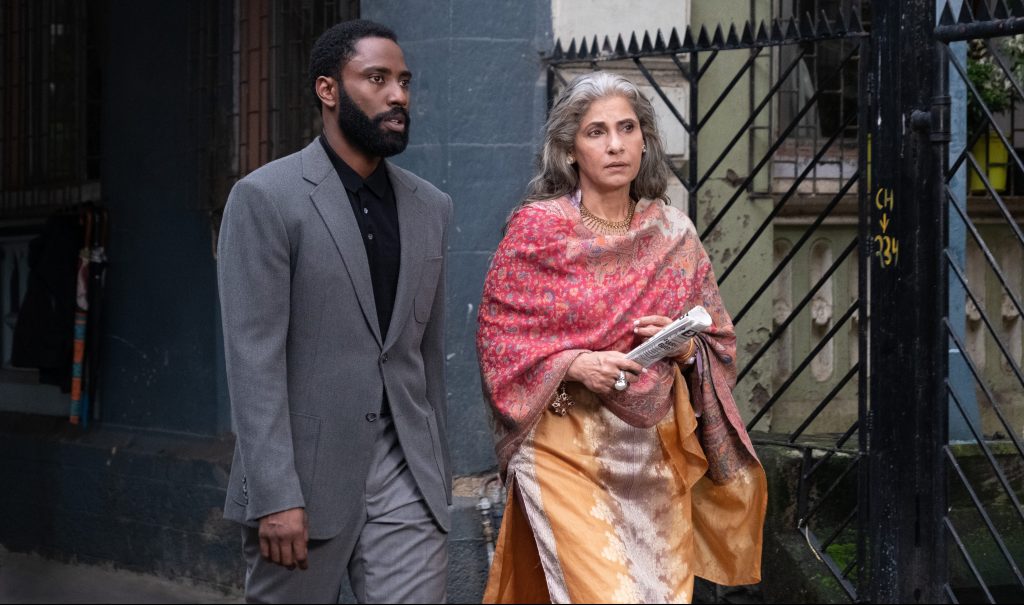 SUNDAY AM: It’s going to be a brutal autumn at the box office, and this weekend is only the start; the first without a major MPAA studio wide release until Oct. 23 when 20th Century Studios/Disney’s all-star mystery Death on the Nile opens. Gosh, Disney, it would help if you moved up the release a week or two. Sprinkled during this desert are independent-released wide releases, which for exhibition, is still appreciated, but they don’t necessarily come with the P&A spend of a major studio release.

If you’re a glass-half-filled type of person, well, then yes, what exhibition is going through right now is arguably better than when all the big circuits were closed over the past six months; unless they’re seeing no foot traffic at all, and the lights are left on. Some say you can’t bring Pre-COVID perceptions of the box office to a marketplace that’s been greatly impacted by the pandemic. That might be true, but business is still bad. The entire weekend for all films is estimated per industry sources at $13.5M, -12% from last weekend. A year ago, Focus Features posted their record opening with Downton Abbey ($31.3M) in a three-day fall marketplace which grossed $123.4M. God….

Warner Bros., which is still hiding box office figures from distributors in ComScore, has finally reported the fourth domestic weekend for Tenet (3rd weekend U.S.) and the 3-day clocked $4.7M, -26% from last weekend’s $6.7M, in a nation where only 74% of all movie theaters are open (based on total grossing capacity), with hard tops still closed in Los Angeles, New York City, and San Francisco. Again, great on Warner Bros., for having a marquee movie out there that can draw audiences as they become comfortable with attending cinemas during the pandemic. Domestic stands at a very low $36.1M with the sunny patches for this Christopher Nolan feature being the overseas box office where it counts $214M after a great start in Japan over the weekend, sending WW to $250M. As we have mentioned before, the movie is powered by its offshore grosses as COVID-19 has been managed much better abroad than in the U.S. The studio, of course, plans to give Tenet a big marketing relaunch whenever New York, Los Angeles, and San Francisco reopen. They’ve kept their P&A thrifty on the TV stateside with spots during the NBA and NFL, and have largely focused on a digital campaign.

Even though California is still closed (at 80%), the state continues to deliver with its open Northern area and San Diego. Overall, six of the top ten theaters and ten of our top 20 theatres came out of the Golden State. Orange County powers the largely closed Los Angeles County (OC is counted in the LA’s DMA) making it Tenet‘s No 1 market again this weekend. Wow. Three of the top five, and five out of the top 10 Domestic locations came out of the OC. San Francisco, Santa Clara and Alameda counties are teetering on reopening cinemas; I hear they’re poised to come soon, so that will provide Tenet with more of a lifeline.

The one notable wide entry this past weekend on the independent side was the Jim Caviezel action thriller Infidel from Cloudburst Entertainment at 1,724 locations which grossed $1.5M (or $870 a location) in the No. 3 spot. The interesting thing here is that this is another red meat- and-potato action movie aimed at older men (who showed up at 57% men, 62% over 35 years of age per Screen Engine/ComScore’s PostTrak) that did some decent business in the current pandemic following Solstice Studios’ Unhinged which has a shot at reaching $20M domestic ultimately (Not bad for a movie that cost $30M). The notion behind these titles being on the marquee is that Red State male moviegoers per sources are more prime to head to the movies than older females. I think that’s why a number of sources, including exhibition and distributors, were upset to hear that STX wasn’t sticking to its Sept. 25 release on Gerard Butler’s Greenland; it’s the right type of movie for right now. STX is currently mulling where to re-date the film in the 4Q release schedule.

Who exactly is Cloudburst? The privately financed production and distribution company launched back in January, formed by Steve Fedyski and Ken Rather, former COO and Chief Distribution Officer, respectively, at faith-based Pure Flix Entertainment. Their plans are to release two to three films this year, increasing to five-to-six annually thereafter. Cloudburst scooped up Infidel back in March. Written and directed by Cyrus Nowrasteh (Hawaii Five-O consulting producer and writer),Infidel is set in the Middle East and follows an American kidnapped while attending a conference in Cairo, who ends up in prison in Iran on spying charges. After his own government turns its back on him, his wife goes to Iran, determined to get him out. Cloudburst also acquired the George Gallo-directed Robert De Niro-Morgan Freeman-Tommy Lee Jones Hollywood comedy The Comeback Trail which is scheduled to open wide on Nov. 13.

Infidel opened to $530K on Friday, kept steady per Cloudburst on Saturday with $530K again, and is estimated to make $440K today. I hear the best region for the pic’s performance was the Southwest with top cities being Los Angeles (fueled by reopened Orange County), Dallas, Washington DC, Atlanta, Houston, Phoenix, Tampa, Denver, Orlando, Sacramento, San Diego, Nashville, San Antonia and Las Vegas. PostTrak exits showed a 71% overall positive with men turning out at 57%, and 85% over 25 years of age. Diversity breakdown was 77%, 10% Hispanic, 7% African American, and 6% Asian/other.  Boise and Harlingen also did well for Infidel.

Bleecker Street’s The Secrets We Keep saw $90K at 471 theaters (or $191 a site) for a running total of $114,7K. The drama stars Noomi Rapace, Chris Messina and Joel Kinnamin. Set in post-WWII America, a woman, rebuilding her life in the suburbs with her husband, kidnaps her neighbor and seeks vengeance for the heinous war crimes she believes he committed against her. The Yuval Adler-directed and co-written movie has only 66% on Rotten Tomatoes from 32 reviews.

Below is the weekend’s top 10 per ComScore: