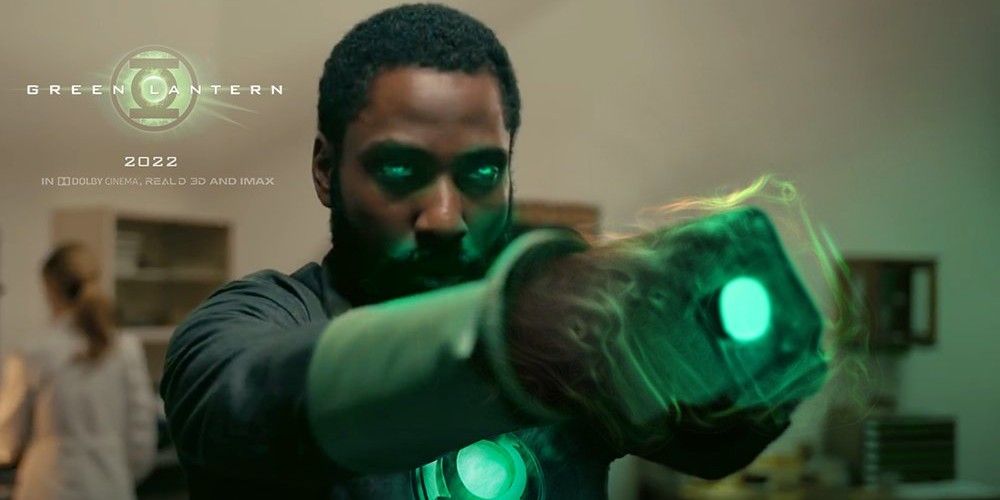 The latest fan art from BossLogic transforms John David Washington’s Tenet Protagonist into a Green Lantern. As is typically the case, the plot for Christopher Nolan’s latest film is a closely-guarded secret ahead of its release. Even Washington’s lead character doesn’t have a proper name, with the official synopsis for Tenet simply referring to him as the Protagonist with a capitalized “P”. The movie’s most recent trailer was only somewhat more insightful; in addition to confirming the film takes place in the world of international espionage, it showed Washington’s Protagonist using what he refers to as “time inversion” technology, as part of a mission to prevent World War III.

In a sense, Washington’s Tenet character is a cross between James Bond and a superhero who gains the ability to mess around with time. Fan artists have been quick to pick up on that, with BossLogic going so far as to turn Washington’s Protagonist into Doctor Strange in a recent piece of work. This particular art is based on a scene featured in the latest Tenet trailer and TV spots, where Washington is shown learning how to fire a gun in reverse (or, rather, catching the bullets with his gun) using time inversion.

Related: Theory: Tenet is a Secret Sequel to Inception

For his most recent Tenet fan art, BossLogic has once again turned Washington’s Protagonist into a comic book superhero. Only this time, rather than wielding the Time Stone, he’s got a Green Lantern ring and a Lantern logo on his chest. Take a look, below.

Now that the idea’s out there, fans will no doubt be pushing for Washington to play a Green Lantern for real (assuming they haven’t already started). There’s a real chance he could too; the actor broke out with his performances in HBO’s Ballers and Spike Lee’s BlacKkKlansman over these past five years, and his star should only continue to rise after Tenet hits theaters. There’s both a Green Lantern TV series in the works at HBO Max and a Green Lantern Corps movie being developed for the DCEU, so there may be plenty of opportunities for actors like Washington to play Lanterns (be it John Stewart or another human Lantern) in the years to come.

As for when Tenet will reach theaters, well, that’s the million dollar question right now. The film is still tentatively scheduled to open on July 17, but may have to be delayed if the bigger markets in the U.S. haven’t reopened their theaters by then. Whenever it arrives, there’s little reason to think Tenet won’t become a success – at least, if the positive response to the movie’s marketing, combined with Nolan’s track record at the box office, is any indicator. And when it does, it’ll provide all the more fuel for the fire when it comes to fan-casting Washington as superheroes like Green Lantern.

NEXT: Tenet’s Marketing is Super Weird (Even By Christopher Nolan Standards)

The Batman: How Robert Pattinson’s Batsuit Compares To The Dark Knight
Related Topics
About The Author