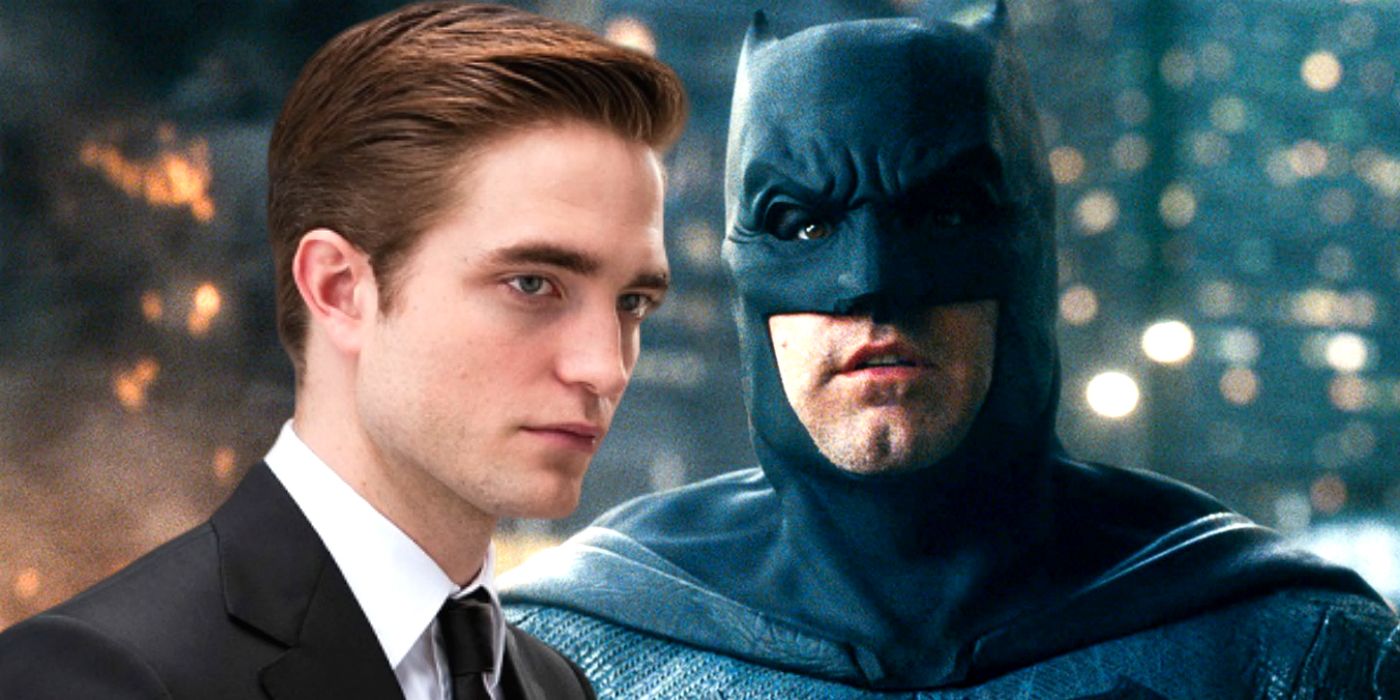 The Batman has too many continuity issues to exist in the DCEU — unless the movie somehow retcons Justice League, effectively removing it from canon. Otherwise, The Batman won’t be able to connect to DC’s cinematic universe.

The DCEU’s Bruce Wayne was played by Ben Affleck. Affleck starred as the character in two DCEU movies: Batman v. Superman: Dawn of Justice and Justice League. In Batman v. Superman, Affleck’s Batman is an older version of the Caped Crusader who takes it upon himself to hunt down and kill Superman (Henry Cavill), after being manipulated by Lex Luthor (Jesse Eisenburg). Ultimately, Superman and Batman put aside their differences to fight Superman’s strongest enemy, Doomsday. In Justice League, Batman and his new team of superheroes go up against the DC Comics villain, Steppenwolf, and deal with the resurrection of Superman.

Justice League wasn’t supposed to be the last appearance of Ben Affleck’s Bruce Wayne. The hero was to return in the DCEU’s first solo Batman movie. For a while, there were contradicting reports about whether or not Affleck would reprise the role. Finally, it was confirmed that Affleck was done being Batman, and the character would instead be portrayed by Robert Pattinson. Directed by Matt Reeves, The Batman will hit theaters in 2021. It remains to be seen if it will fit into the DCEU, or stand on its own like Joker, but if it’s the latter, then some big changes are needed to make it work.

What We Know About The Batman’s Story

The DCEU touched on Batman’s past by exploring the death of his parents, but never gave him a true origin story, and neither will The Batman. The origin of Batman has been told several times before, so The Batman won’t rehash the same story. However, it will at least explain how Batman developed a reputation as the greatest detective in the DC Universe. Apparently, this is an aspect of his character that won’t exist until The Batman. Bruce Wayne’s detective skills are said to be central to the movie, and The Batman also features a plot driven by elements of noir.

Plot details are being kept under wraps, but casting rumors have dropped clues about what the film’s story might entail. Reportedly, multiple villains will be in the mix when Robert Pattinson’s Batman investigates his first big mystery. Zoë Kravitz has been cast as Catwoman, and further announcements are expected for longtime Batman villains such as Riddler, Penguin, Two-Face, and more notable members of Batman’s rogues’ gallery. Key enemies of Batman, such as Joker and Harley Quinn, could appear at some point too, given their recent appearances in other DC movies. Numerous villains in The Batman makes sense, as only one villain being involved in the story wouldn’t make for a very compelling mystery for a detective to solve.

Why The Batman Can’t Exist In The DCEU

Marvel movies in the MCU thrive off of their connections to each other, and so far, movies in the DCEU have done the same. Suicide Squad and Shazam! never tried to hide their DCEU connections. Suicide Squad and Shazam! fully embraced the fact that DC’s two biggest superheroes, Superman and Batman, exist in their worlds. Regardless, it would seem that Warner Bros. isn’t too interested in following the same pattern with The Batman. Based on what’s currently known, The Batman contains too many contradictions with DCEU canon for it to take place in the same universe, even though these are problems that could have been easily avoided.

First of all, Bruce Wayne is being played by a new actor who is over 10 years younger than Affleck’s version. While The Batman taking place much earlier in Bruce Wayne’s crime-fighting career could explain this change, Batman isn’t the only character being recast for Matt Reeves’ movie. There’s also the case of Gotham City police commissioner James Gordon. Commissioner Gordon was portrayed by J.K. Simmons in Justice League, but Jeffrey Wright is in talks to play Gordon in The Batman.

The casting of Wright as Gordon is the final nail in the coffin for The Batman being in the DCEU. If Warner Bros. really wanted The Batman to exist in the DCEU, it would have brought back Simmons, or if scheduling conflicts were a problem, they could have at least brought in an actor who looked enough like Simmons to do a convincing portrayal of the same character. Two actors for The Batman have been cast in roles that already existed in the DCEU, and it means its world doesn’t look anything like what’s been established.

There is one way that The Batman can fix its continuity issues and be a part of the DCEU at the same time. But in order for that to happen, a movie that’s already in the DCEU will have to be retconned and dropped from canon. Justice League, more so than Batman v. Superman, stands in the way of Robert Pattinson’s take on the Caped Crusader joining DC’s shared cinematic universe. The Batman can ignore everything that happened in Justice League, including J.K. Simmons’ role as Commissioner Gordon and retcon the events of Justice League.

Of course, it’s possible that Warner Bros. and DC may not want to trade one movie for another, especially since one of them is DC’s most expensive movie ever made. Justice League, DC’s answer to The Avengers, was also its biggest crossover yet, as it included Batman, Superman, Flash (Ezra Miller), Wonder Woman (Gal Gadot), Cyborg (Ray Fisher), and Aquaman (Jason Momoa). In most situations, a movie like Justice League would normally be too important to the DCEU for it to be retconned, but Justice League is a special case. Justice League‘s final box office numbers were the DCEU’s lowest at the time of release. It lost a ton of money for the studio, and was poorly received by fans and critics. The movie was a disaster for DC, so forgetting it ever happened may not be such a bad idea after all, and could end up benefitting The Batman.

More: Spider-Man vs. Batman Is The Box Office Battle of 2021

Why Phoebe Had The BEST Ending In Friends
advertising
This article was originally published by Screenrant.com. Read the original article here.
Tweet