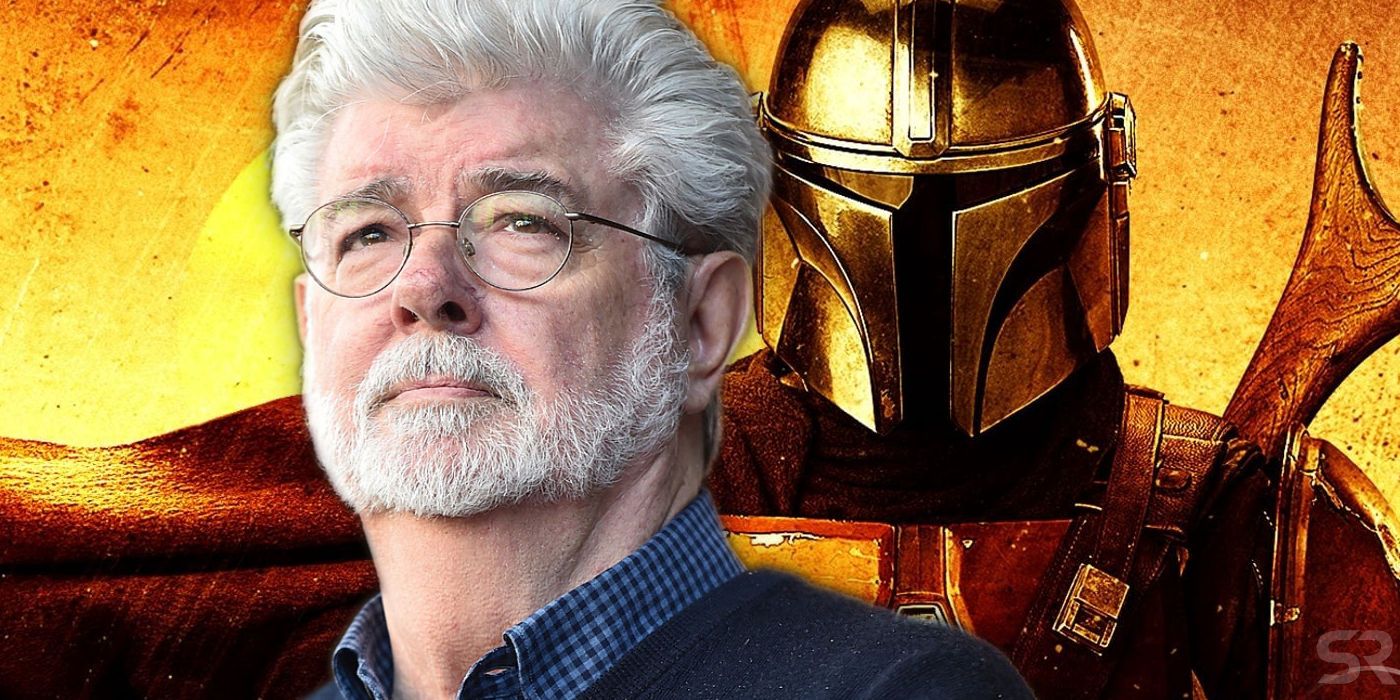 The Mandalorian is the spiritual successor of George Lucas’ plans for Star Wars: Underworld, a TV series he was never able to make due to budget constraints. The Star Wars franchise is changing shape, and moving from the big screen to the streaming service. Star Wars: The Rise of Skywalker is the final chapter in the Skywalker Saga, but meanwhile, Lucasfilm has launched a range of live-action Star Wars TV shows for the Disney+ streaming service. The first of these, The Mandalorian, has proved to be an absolute hit.

Surprisingly, there’s some evidence that George Lucas himself has been involved to some degree in the production of The Mandalorian. Lucas is known to have conducted a set visit, and back in April, actor Giancario Esposito told Collider that the writers had “figured [their scripts] out with George Lucas.” In October, there were unconfirmed reports that Lucas had actually contributed story elements to one episode; these were originally dismissed, but given they accompanied reports of Yoda-species puppets, they may well have been accurate.

It would certainly be appropriate for Lucas to have had some input into The Mandalorian. The truth is that the show is a spiritual successor to an idea Lucas worked on himself for several years; a series he never had the chance to make, but kept going back to.

The idea of a live-action Star Wars TV series isn’t actually new. Back in 2005, attendees at Star Wars Celebration III were thrilled when Lucas announced one, with a working title of Star Wars Underworld. Lucas imagined this as an opportunity to pivot away from the stars of the prequels and the original trilogy. Set during the dark times of the Empire’s reign, it would be based mainly on the lower levels of the city planet of Coruscant, and would explore the galaxy’s seedy underbelly. Lucas didn’t initially give any details, but as the years passed, information began to leak out. By all accounts, the star was a bounty hunter who was caught between warring crime families; while there would be thematic connections to the films, Lucas hoped to keep those to a minimum.

Of course, plans change, and as the years passed, Underworld appears to have morphed into a very different shape.  Actual characters from the movies themselves became more prominent; one script saw Lando Calrissian lose the Millennium Falcon to Han Solo, while another revealed a female gangster who broke Emperor Palpatine’s heart. Astoundingly, that became the inspiration for Cory Barlog’s God of War game.

By 2011, though, Lucasfilm had realized they would have to abandon Star Wars Underworld. “It sits on the shelf,” Lucas admitted when questioned about the matter at a press event. “Right now, it looks like the Star Wars features. But we have to figure out how to make it at about a tenth of the cost of the features, because its television.” The sad truth is that Lucas’ ambitions were just too expensive. He dreamed of creating a new technology that would make production cheaper, but that just didn’t happen.

How The Mandalorian Is Delivering On Lucas’ Vision

It’s not hard to see why The Mandalorian would scratch that Underworld itch. It’s true that there are differences; the show is set in the Galactic Rim rather than on Coruscant, and it’s after the fall of the Empire in Return of the Jedi rather than during its reign. But the similarities are striking. Like Underworld, The Mandalorian stars a bounty hunter who’s struggling to make ends meet. It’s featured a number of key elements from the galaxy’s criminal underworld, ranging from a chapter of the Bounty Hunters’ Guild to a criminal cartel in episode 6. Even the series’ structure is typical Lucas, with every episode standing alone, and only the loosest hint of a narrative arc.

What’s more, the Mandalorian himself feels like a classic George Lucas hero. It’s important to remember that Lucas is the man who decided that a hero could not shoot first, even if he is a scoundrel, and thus edited the first Star Wars film time and again in the Special Editions. In exactly the same way, the Mandalorian only takes lives when he has to, right down to imprisoning crooks who want to kill him rather than taking them out. Episode 6 showed that the Mandalorian was willing to engage in a full-blown Mexican Stand-Off rather than to allow an innocent to be shot in front of him. That’s just the kind of morality Lucas would want in a hero, even if he was supposed to be a bounty hunter.

The Mandalorian Is What Lucas Always Talked About

George Lucas always intended to return to Star Wars Underworld, although he envisioned it happening when technology had caught up and a top-quality production could be made at a fraction of the cost. Instead, The Mandalorian is being made with a studio-sized budget, with reports that Disney gave showrunner Jon Favreau up to $10 million per episode. Just as Lucas intended, the show stars a bounty hunter who is used to introduce viewers to a wide range of new concepts and characters; but, in this respect, it’s even better than Lucas hoped, because the episodes wander across the galaxy and present a backdrop to the Skywalker Saga.

All in all, then, it’s becoming clear that The Mandalorian isn’t just the spiritual successor to Star Wars Underworld; it’s also a fitting tribute to Lucas himself. It’s important to remember that Lucas always believed Star Wars should be adapting and changing, pushing boundaries. In fact, he was disappointed with Star Wars: The Force Awakens, which he felt didn’t have anything new to it. In contrast, The Mandalorian is one of the boldest experiments to date. It’s essentially the flagship TV series of the Disney+ streaming service, a show that’s been made with a budget well beyond anything networks would have cashed out in 2005 or even in 2010. It would hardly be a surprise if the rumors of Lucas’ high level of involvement were true; this is just the kind of thing he’d be delighted to see made.

Avengers: Endgame Has The MCU’s DARKEST Easter Egg Ever
Related Topics
advertising
About The Author