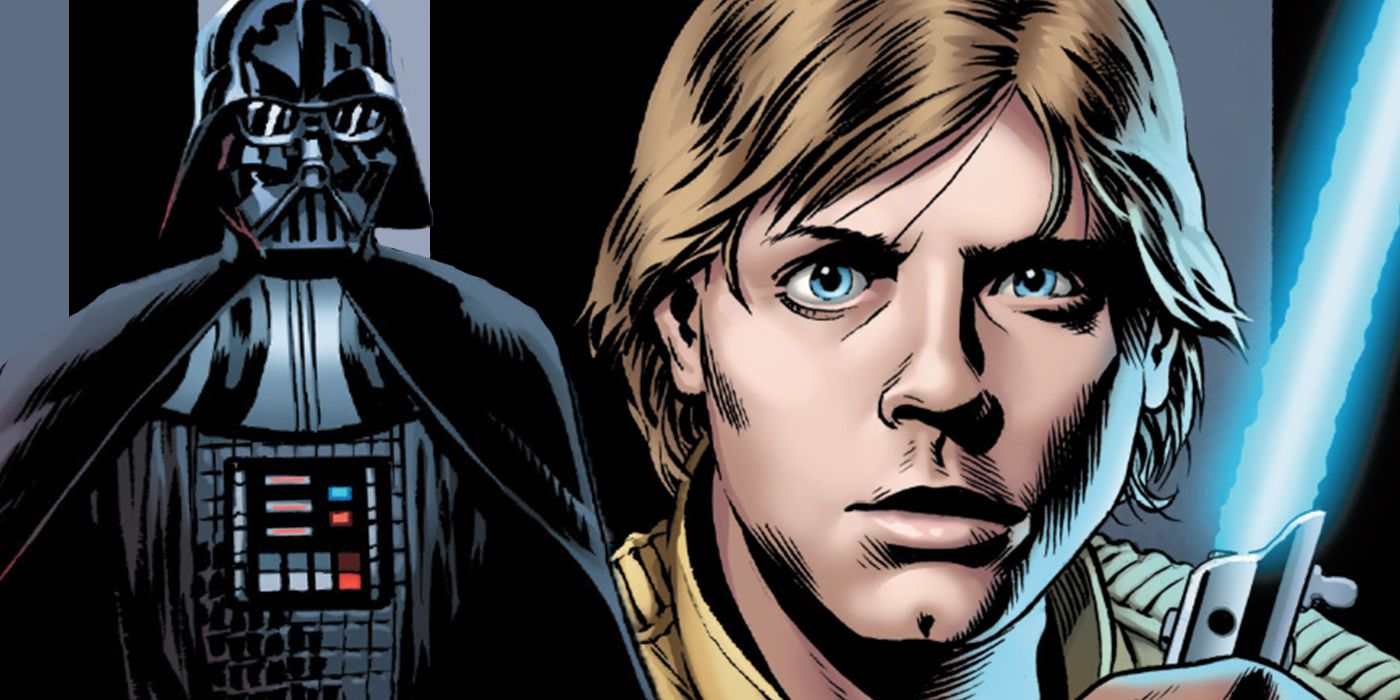 In Star Wars, Luke Skywalker’s relationship with his father Darth Vader has never been all that strong. For most of his life, Luke believed Vader was responsible for the death of his dad — right up until the moment he famously learned Vader is his father. But that wasn’t the first time the pair crossed paths. And when the two first met, Vader nearly killed Luke… before a realization changed his mind at the very last second.

In Marvel Comics’ Star Wars #2 (2015) by Jason Aaron, John Cassaday, Chris Eliopoulos, and Laura Martin, it’s revealed that Luke had a face-to-face encounter with Vader before the events of The Empire Strikes Back. Set between Empire and the first Star Wars, the book picked up after the events where the Death Star was destroyed. In the comic, the heroes head to Cynmoon 1, which is the largest Imperial weapons factory in the galaxy. It’s there where Luke and Vader first meet. However, neither know the truth about their real relationship.

Luke desperately searches the facility for Vader and when he encounters him, Obi-Wan Kenobi’s voice (via Force Spirit) tells him to get out of there. Skywalker doesn’t listen. Instead, he attempts to confront the Sith responsible for killing Kenobi and (who he believes) murdered his father. Vader scoffs at Luke, calling him “an untrained child” who is “no Jedi.” When Vader asks Luke who he is and is told “you killed my father,” the Dark Lord responds with a line potentially too badass for the films to adapt:

Vader proceeds to dominate an emotional Luke. He calls him “pathetic” as he throws him to the ground. With his red lightsaber in one hand, Vader pulls Luke’s lightsaber to his other. He’s about to cut down Luke before he starts to feel a connection with Luke’s weapon – as it’s the same one he used as a Jedi. As Vader is confused, an AT-AT driven by Han Solo and Princess Leia crashes through the facility and splits up the fight.

Before meeting his end, Vader would reconcile with Luke and stop Emperor Palpatine (or so he thought) and redeem himself somewhat. However, before he realizes Luke is his son, he almost kills him. That would make Vader’s tragic backstory somehow even more sad. Thankfully, Luke and Vader’s first meeting is interrupted and the Jedi makes it out alive. Almost killing your son is one heck of an introduction. The meeting added an interesting layer to Star Wars’ most messed-up father/son relationship.

Liam McGuire is a comics editor for Screen Rant. Hailing from Nova Scotia, he has worked for numerous publications including Cineplex Canada, MLB.com, Vice, CBR.com, and more. You can reach out to him directly at liam.m@screenrant.com