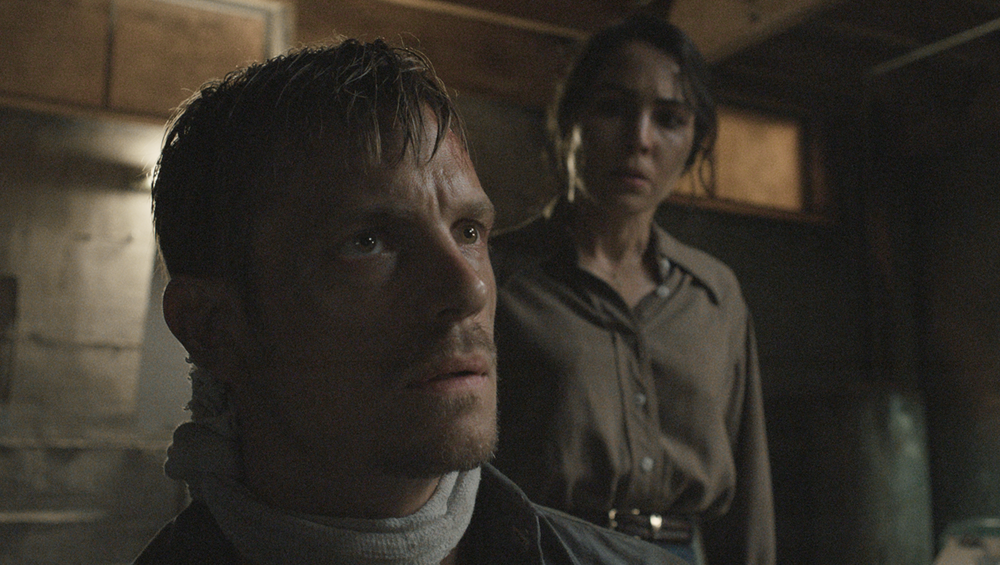 The majority of the specialty box office has shifted to virtual debut, streaming and digital-only since theaters have shuttered due to the pandemic, but as physical theaters begin to open their doors, titles have returned to the big screen, slowly pumping life into the long-dormant specialty space.

Bleecker Street’s post-WWII thriller The Secrets We Keep opened September 16 and played in 471 theaters this weekend to the tune of $89,955 with a per-theater average of $191. Its five-day total amounted to a strong $114,722. Directed by Yuval Adler, the film stars Noomi Rapace as a woman who kidnaps a man (Joel Kinnaman) who she thinks committed war crimes and killed her sister, keeping him prisoner in her suburban home. The film is slated to hit VOD on October 16.

IFC Films’ Sundance pic The Nest starring Jude Law and Carrie Coon debuted in 301 theaters across the country, banking an estimated $62,000 with a per-theater average of $206. The film, which follows a husband and wife as they uproot from the U.S. to England only to find unwelcomed truths in their marriage. A follow up to director Sean Durkin’s critically acclaimed Martha Marcy May Marlene, The Nest currently sits strong at a 91% on Rotten Tomatoes and will open in additional theaters throughout the film’s theatrical window and will premiere on demand November 17.

Meanwhile, Dawn Porter’s documentary The Way I See It, premiered last week at the Toronto International Film Festival and opened in 124 theaters this weekend, grossing an estimated $25,000 with a per-theater average of $200. Certified Fresh on Rotten Tomatoes with an 87% critics score, the film comes from Focus Features, MSNBC Films and Peacock. The docu spotlights Pete Souza, giving an unprecedented look behind the scenes of two of the most iconic Presidents in American History, Barack Obama and Ronald Reagan — through the lens of the renowned White House photographer. To time with the November election, The Way I See It will debut on MSNBC on October 9 and then stream on Peacock starting October 23.

The John Hyams-directed thriller Alone from Magnolia Pictures also debuted this weekend on 173 screens with a  $190,000 bringing in $1,098 per screen. The film starring Jules Willcox, Marc Menchaca, and Anthony Heald follows follows a woman who leaves the city to grieve the loss of her husband. When she is kidnapped and locked in a cabin in the Pacific Northwest, she escapes into the wilderness and is pursued by her captor.

LD Entertainment and Roadside Attractions’s romantic drama Words On Bathroom Walls directed by Thor Freudenthal is in its fifth week of release and this weekend alone the film grossed an estimated $149,425 across 797 screens, bringing its cume to a little over $2 million. Meanwhile, Searchlight Pictures’ Armando Iannucci-directed The Personal History of David Copperfield starring Dev Patel is in its fourth week of release and is currently in 1,007 theaters. The fresh adaptation of the Charles Dickens’s classic added an estimated $150,000 to its box office til this weekend to bring its cume to over $1.6 million.