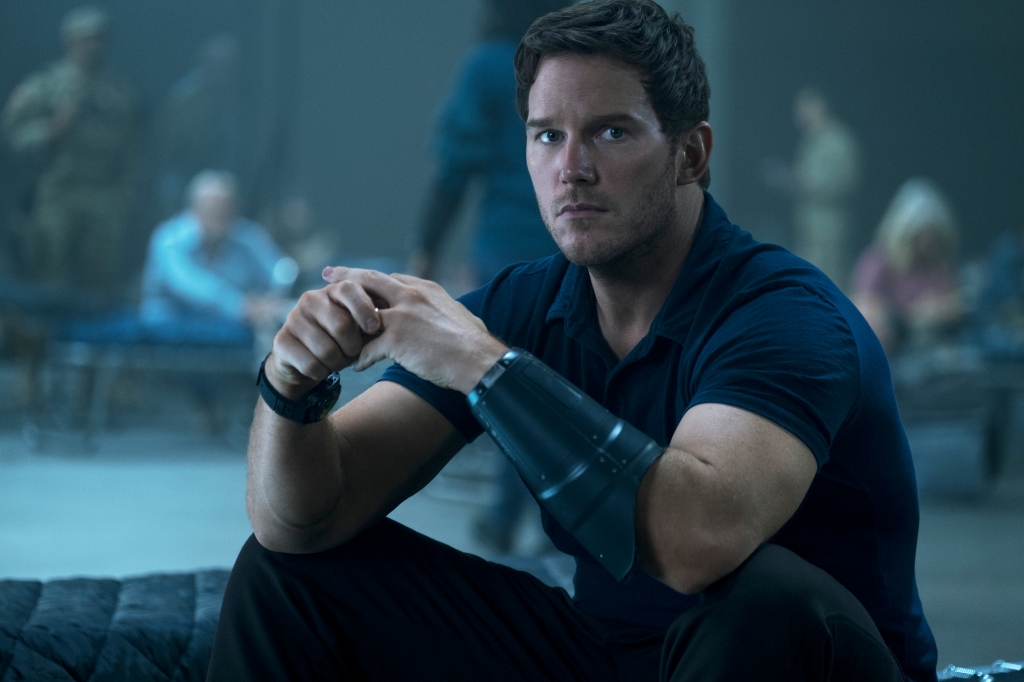 The previous 3-day weekend viewership for Amazon movies Tom Clancy’s Without Remorse, another Skydance pick-up by the streamer, and Borat Subsequent Moviefilm was respectively 2.3M and 1.6M over three days. Amazon has previously reported that their Eddie Murphy acquisition Coming 2 America was their biggest weekend premiere ever, but nobody knows the numbers on that; Samba TV also didn’t measure that pic’s first weekend. Amazon also reported that Borat 2‘s first weekend was watched by “tens of millions” whatever that means.

On the plus side, Tomorrow War‘s weekend viewership beats the first four days of HBO Max’s Justice League: The Snyder Cut which attracted 1.8M households stateside.

Samba TV measures streaming viewership in 3M U.S. terrestrial Smart TV households for those who tuned in for at least five minutes. The US audience for The Tomorrow War skewed middle class ($75K-100K incomes +8.9%) and Black (+10%) and of the 25 largest DMAs, Portland over-indexed the most (+50%). Last summer, Netflix reported that the 4-week global cumulative households for Skydance’s Charlize Theron action movie clocked in at 72M, the service’s 6th-most-watched feature to date.

“In addition to the #1 ranking across streaming platforms in the US, Prime Video saw worldwide record-setting viewership in Brazil, India, France, Italy, Spain, Germany, Australia, Mexico, Argentina and Japan,” reads the Amazon press release this afternoon. Again, no numbers were provided to back those statements up.

Additionally, we found out from Samba TV that Steven Soderbergh’s crime noir feature No Sudden Move, which wasn’t available to watch in theaters, strictly HBO Max; brought in 567K U.S. households over four-days.  That figure is below the 3-day draw of HBO Max’s In the Heights which was a dud for the service and in theaters, only clocking 693K households. The Samba TV audience for No Sudden Move skewed wealthy ($150-200K incomes +11%), male (+5.9%), young (ages 20-24 +14%), and Black (+46%). Of the top 25 largest DMA’s, Detroit, MI over-indexed the most (+116%). No Sudden Move received an 88% certified fresh from Rotten Tomatoes critics, while Tomorrow War was 54% Rotten.

Tomorrow War is directed by Chris McKay and produced by David Ellison, Dana Goldberg, Don Granger, Jules Daly, David Goyer, Adam Kolbrenner. Logline: The world is stunned when a group of time travelers arrive from the year 2051 to deliver an urgent message: 30 years in the future mankind is losing a global war against a deadly alien species. The only hope for survival is for soldiers and civilians from the present to be transported to the future and join the fight. Among those recruited is high school teacher and family man Dan Forester (Pratt). Determined to save the world for his young daughter, Dan teams up with a brilliant military scientist (Yvonne Strahovski) and his estranged father (J.K. Simmons) in a desperate quest to rewrite the fate of the planet.

No Sudden Move, which made its world premiere at the Tribeca Film Festival, follows a group of criminals who are brought together under mysterious circumstances and have to work together to uncover what’s really going on when their simple job goes completely sideways. Don Cheadle, Benicio Del Toro, David Harbour, Brendan Fraser, Jon Hamm, Kieran Culkin, Amy Seimetz, Noah Jupe and Julia Fox star.