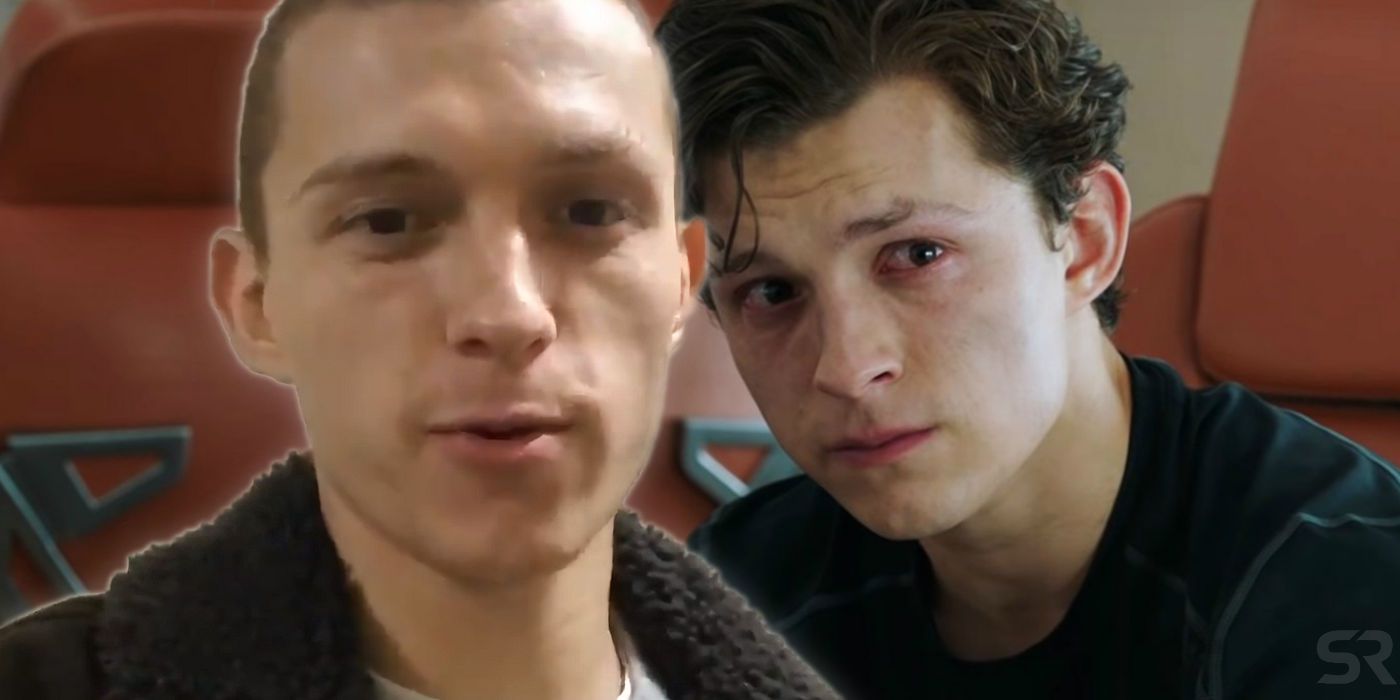 Actors go through physical transformations quite often, some more subtle than others, but even the most seemingly harmless ones turn out to have a big impact – like Tom Holland’s new hair cut. Holland recently shaved off his curls for a new film. In preparation for his role as Spider-Man in the Marvel Cinematic Universe, Holland had to go through specific workout routines due to the physicality of the role, resulting in the young actor gaining more muscle. Nothing as drastic as some of his MCU costars, but it was a transformation that didn’t go unnoticed among his fans.

Since his debut as Spider-Man in Captain America: Civil War in 2016, Holland has appeared in other non-Marvel films like Edge of Winter, The Lost City of Z, Pilgrimage, and The Current War, which didn’t require major physical changes. But with the next Spider-Man film releasing until 2021, Holland has some time to focus on other projects, and he has quite a few lined-up. One of these required that he got rid of his hair, something that his fans haven’t been taking lightly.

Related: Everything Spider-Man Sees In Mysterio’s Visions In Far From Home

A recent video of Holland was posted on Twitter, and the video itself is nothing out of the ordinary, with him giving someone a shout out, but what has caught the attention of everyone is that he shaved off his hair – he definitely doesn’t look like Peter Parker anymore. The reason behind this change is the film Cherry. This project is reuniting Holland and directors Anthony and Joe Russo outside the Marvel universe for a crime drama film based on the novel of the same name by Nico Walker. Cherry follows an army medic (Holland) who returns from Iraq, but due to undiagnosed PTSD, he develops an opioid addiction and starts robbing banks. It’s easy to see why he had to go with that look.

Starring alongside Holland are Ciara Bravo, Bill Skarsgård, Jack Reynor, Michael Gandolfini, and Kyle Harvey – there’s no word (or evidence) on any of them having to shave their hair. Cherry is a semi-autobiographical novel written by Walker in jail, as he’s serving time for bank robbery (he is scheduled to be released from prison in November 2020). It was published in 2018 and the rights were soon acquired by the Russo Brothers’ studio AGBO for $1 million. Production on Cherry began in the first days of October, so Holland’s makeover is still quite fresh.

Holland will reprise his role as Spider-Man one more time in the still untitled sequel to Spider-Man: Far From Home, which has many questions to answer regarding not only the future of Peter Parker and the revelation of his identity, but also his future within the MCU, given the recent shake-up between Sony and Marvel Studios. Fans of Tom Holland don’t need to worry about him or his hair: it will surely be back in time.

Next: Spider-Man: Far From Home Has A Quick Fix To Its Cliffhanger Ending

Miracle Workers Lands Season 3 Renewal: Where Will it Take Place?
Amber Rose Says Kanye West Bullied Her For 10 Years, Slut Shamed Her
Of Course Blake Lively Trolled Ryan Reynolds in Her ‘We Voted’ Photo
Nicole Kidman Reveals One Regret About A Change She Made For Hollywood
Film Review: Choke (2020)