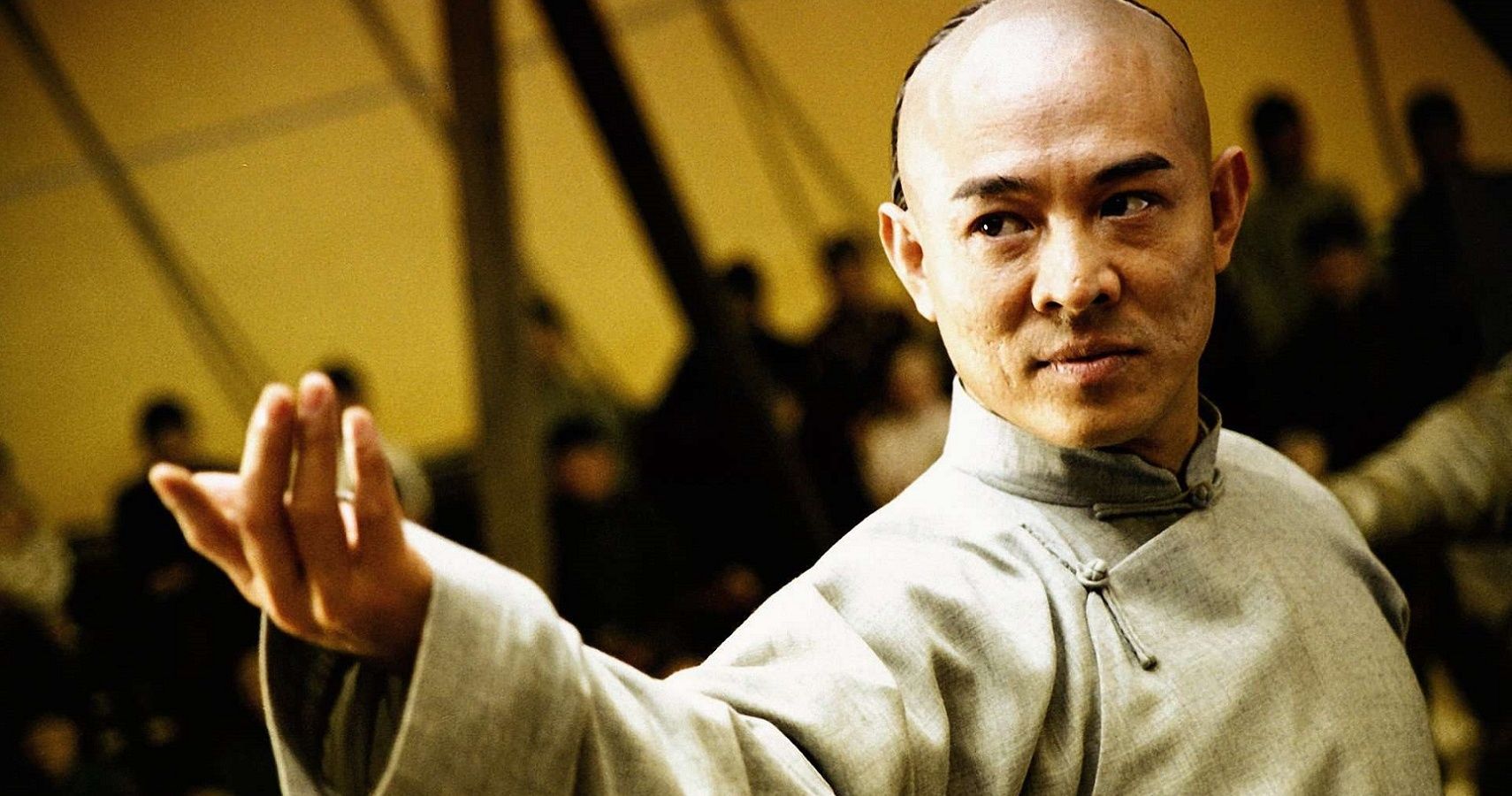 After staying away from the public eye due to health issues, Jet Li has shown up in Disney’s Mulan. He has suffered from hyperthyroidism, which has changed his outlook. He has been living in seclusion so that he can face this challenge.

RELATED: The 10 Best Martial Arts Fueled Movies For Everyone

Li is a lauded martial arts champion, so health issues are new for him. His exploits with the Beijing Wushu Team brought him to the lawn of the White House in 1974 where he performed his elegant and fluid martial arts in front of President Richard Nixon. He has promoted Chinese martial arts in his movies across the world. Jet Li is one of the best martial arts actors of all time. We’ve added 5 more entries to our list of the best Jet Li films, as ranked by IMDb.

Updated on June 5th, 2020 by Derek Draven: As mentioned in our updated intro, we’ve added 5 more of Jet Li’s most recognized and critically lauded movies, as per IMDb. Each of these films is a great gateway into the world of Jet Li’s iconic filmography, and are highly recommended for fans who can’t get enough of this fantastic martial arts legend.

This was the film that truly put Jet Li on the map, and made him a Hollywood star. As the villainous Wah Sing Ku, Li dazzled North American audiences with his frightening portrayal of a Chinese triad member who ends up going toe-to-toe with Murtaugh and Riggs in the final act.

The fight scene is as spectacular as it is brutal, with Li kicking the living tar out of both at the same time before he suffers a brutal death, while going down fighting all the way. From there, Jet Li would star in a string of Hollywood films, while simultaneously making movies in his homeland.

Last Hero In China features Li as popular Chinese folk hero Wong Fei-Hung, who has been portrayed several times by both Jet Li and Jackie Chan.

In this film, Wong Fei-Hung dishes out as many laughs as he does punches when he opens up a martial arts school right next door to a brothel, and becomes the target of a general who would rather see him hit the bricks than train new students.

Jet Li’s first starring role came in 1982 with Shaolin Temple, a story that takes place in medieval China in between the Sui and Tang Dynasties. The movie would have a profound effect on Chinese martial arts films moving forward, and is considered an iconic hit with over 300 million tickets sold at the Chinese box office.

It was also the first film to be shot at the Shaolin Monastery, which further fed its reputation as a major tourist destination. Adjusted for inflation, the film made about $250 million U.S., which was unprecedented in 1982.

Jet Li evolved into a great actor. And one of the movies he proved he isn’t just a fast and fluid martial artist but also an excellent actor is Warlord.Set in the 1860s, when civil rebellions rampaged through China during the Qing dynasty, it tells a story of three sworn brothers played by Jet Li, Andy Lau, and Takeshi Kaneshiro. Their brotherhood and friendship didn’t end well as they disagreed on different matters, which led to multiple deaths. The movie was accepted well on IMDb, as it has a 7.0 rating from movie critics. It didn’t lose out on awards also and won many Asian film awards.

A human is reduced to an animal is a sight to see and detest. Unleashed tells the story of a Chinese man snatched from his mother when he was a boy, trained to fight and obey commands like a dog.

Up to this point, Jet Li had a few runs in Hollywood, but this movie is different as it brought a peculiar angle to his movies, and his fans still point to this performance as one of his best. Featuring Morgan Freeman, Danny the dog (Jet Li) found peace and freedom and didn’t want to return to his violent life. However, the gang that made him into their dog won’t leave him be, but what happens when you force an animal to do something?

Not to be outdone by one of his more recent hits, Jet Li would star in the follow-up sequel The Legend II, during the very same year. In this film, Fong Sai Yuk joins the Red Flower, a secret organization determined to oust the Manchurian Emperor, which he has difficulty coming to terms with.

The film retains the same comedic aspects combined with a ton of over-the-top kung fu fight sequences and some impressive wirework which would later become a staple of the Chinese martial arts scene.

Hong Kong went crazy in the 1970s when a martial arts team on tour visited it, and a little boy dazzled the public with his swordplay. Jet Li was the little boy, his expertise with weapons made him a perfect fit for the role of the lead actor of a swordsman.Swordsman 2 is a wuxia genre movie based a Louis Cha’s book The Smiling, Proud Wanderer. Swordsman 2 enjoyed a good rating of 7.2 from critics on IMDb. Who wouldn’t love a movie with excellent fight sequences, young, beautiful, and elegant lead actors, and terrific music, with a theme song nominated for Best Original Song?

Jet Li is not a comedian. He is the guy who walks into the room and mops the floor with every bad guy in the vicinity. He seldom laughs in his films. The Legend is different, though, as it is an action-comedy movie.

It tells a story of a mischievous and ambitious young boy, Fong Sai Yuk, who is good with martial arts but dull in his studies. The movie went on to win awards. It scooped up the Hong Kong film award and the Golden Horse award for best choreography.

Tai Chi Master is a 1993 Hong Kong martial arts film directed by Yuen Woo-Ping and produced by Jet Li. It tells a story of two boys, Junbao (Jet Li) and Tienbo (Chin Siu Ho), who grew up in the Shaolin Temple under the tutelage of the same master. They later left the temple after a misunderstanding with one of the monks, each choosing radically different paths.

This 1991 movie written by Tsui Hark starred Jet Li as the Chinese folk hero and martial arts master, Wong Fei Hong. It was set during the Qing dynasty sometime in the 19th century. Jet Li showed off his great martial arts skills here with speed and agility, portraying both an ass-kicker and a compassionate man.

Once Upon A Time In China won Tsui Hark the Best Director award at the Hong Kong Film Awards. It also won the Best Action Choreography award. It went on to gross HK$29,672,278 in the box office.

Of all the Once Upon A  Time In China sequels, the second part is the highest rated on IMDb. It is the most emotional and action-packed installment of the series. It’s a story about politics, fanatics, and patriotism. It tells a lot about what Chinese revolutionaries suffered. It starred Donnie Yen as the main villain. Donnie Yen’s character (General Nap Lan) battles Li’s (Wong Fei Hong) in an electric battle between two masterful martial arts actors who studied under the same master.

Fist of legend is a 1994 Hong Kong martial arts movie. It is a remake of the 1972 film by Bruce Lee, Fist of Fury. It’s a story about a young martial artist, Chen Zhen, who went back to Shanghai from Japan to find his master dead and his school being harassed by the Japanese.

Jet Li isn’t the type you see usually see in movies like this but he did a great job in this film. Ocean Heaven explores the love of a father and a child, and the difficulties people with autism face. It tells the story of a man who has a terminal disease and an autistic son but who worked tirelessly to make sure his son acquires the necessary surviving skills before he passes away. Starring Jet Li as the father to Zhang Wen, who played Dafu, his child.

A martial arts epic so intense that Jet Li promised never to take part in martial arts films again. It’s a story that tells about the life of Huo Yuan Jia, a great martial artist and the founder of the Jingwu Athletic Foundation. He openly challenged martial artists from around the world to restore pride and honor to the Chinese people after suffering oppression from foreign countries.

According to IMDb, Hero is the best Jet Li movie ever made. Not only were the acting and fight sequences solid, but the locations and scenery are also superb. Zhang Yimou directed the movie, and he is a man known for his love of color theory. He combined colors, acting, fight sequences, and magnificent scenery to make an outstanding movie.

Hero is one of the highest-grossing movies ever made, with $177.4 million at the Box Office. It tells a story of a nameless warrior (Jet Li) who plans to assassinate the king of Qin to avenge the people of his town. To this day, Hero stands among the top Asian movies ever.

Adeniyi is a martial artist and a writer. Influenced by Jet Li, he has brought martial arts/martial arts movies to people in its simplest form through writing.
He is a contributor on smabloggers, a martial arts travel site. He also loves to sing.