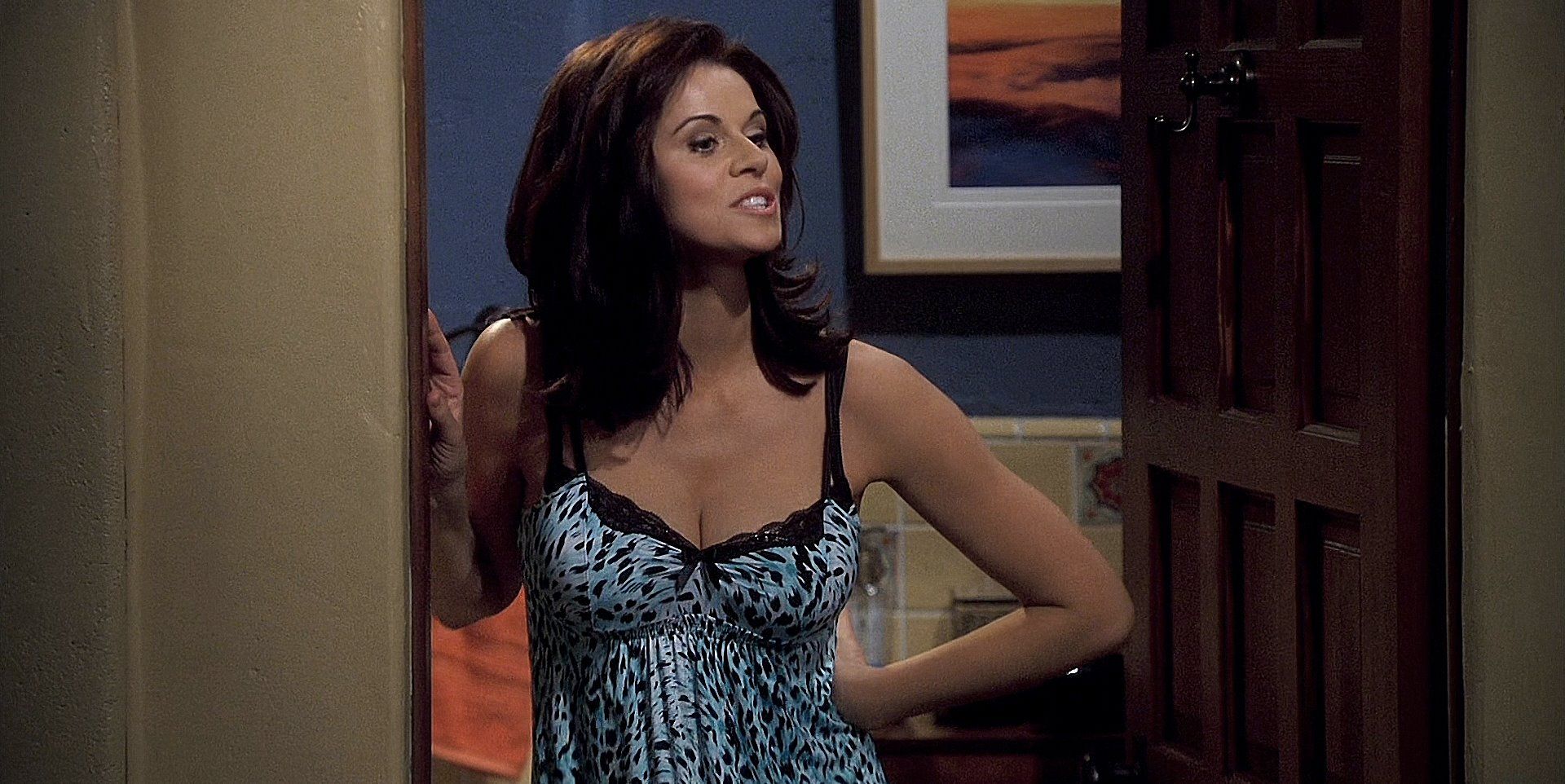 Let’s face it, Charlie Harper has had many women, fiancés, girlfriends, you name it. Chelsea Melini falls into this succession of beautiful women who have graced the silver screen in Two And A Half Men, as part of Charlie’s never-ending entourage of female partners. She is in fact his ex-fiance, with the couple not quite having made it to marriage, and her relationship with Charlie is featured in Seasons 6 and 7 of the series.

RELATED: Two And A Half Men, The 10 Worst Things Charlie Did To Alan

The relationship provides for some invigorating, exciting viewing. Here are 10 questions viewers might have about Chelsea, together with their answers.

Later he tells her his confessing of his love for her was by accident, but knowing Charlie, if he uttered his love for her, it was no accident since this kind of thing doesn’t come naturally to him.

9 It All Began With One Night

How did she enter Charlie’s life? Not even Charlie Harper could’ve anticipated the massive impact Charlie would have on his life – and heart.

RELATED: Two And A Half Men, 10 Questions About Charlie, Answered

She entered his life quite by accident and was one of many one-night-stands. By the time she debuted in the series in Season 6, she had already been dating Charlie for a while. It seems time with her warranted more than just one night. Perhaps she brought out the better side of Charlie.

Is there more than meets the eye to Chelsea? According to the series’ narrative, she is a fairly wealthy woman who owns more than one property. Each of these is situated in an affluent area. Charlie doesn’t initially know that she owns the properties. He only finds out in the episode, “That’s Why They Call It ‘Ball Room'”. His reaction is extreme and he expresses anger that she has not told him about the properties, storming out of their room and saying he will sleep on the couch.

7 She Has Her Limits

How do we know she has limits? In the series, even though he is engaged to Chelsea, Charlie asks Rachel to send him some topless photographs of herself. Unfortunately for him, Chelsea finds out and isn’t very happy about this. Being a strong woman, she ends their relationship.

Charlie tries to put things right but he keeps getting caught out with nude images of Rachel! Only when Charlie goes the extra mile to take care of her when she is ill does she relent and take him back. Still, she has shown she isn’t a walkover and viewers respect her for this.

RELATED: The 10 Worst Episodes of Two And A Half Men (According to IMDB)

Does she have any quirks? The series shows she isn’t the typical airbrushed beauty with no quirks, and an untouchable façade. She tends to be warm-hearted and down to earth, and maybe this is why she has such a big impact on Charlie’s heart. Chelsea likes to laugh and when she laughs, she often makes a snorting sound. One would expect this to scare Charlie away, however he admittedly loves this peculiar behaviour of his chosen belle.

What was Chelsea’s life like growing up? She grew up in a conservative environment. Her mother, Martha, was extremely racist and judgmental towards people different to herself. Her dad, Tom, was strict in that he was a navy veteran and made sure his household lived by definite rules. Somehow Chelsea managed to avoid becoming like her parents and escaped a legacy of racism and conservatism. At the same time, one has to wonder whether her attraction to the wayward Charlie had something to do with this upbringing.

RELATED: Two And A Half Men, Charlie’s Girlfriends, Ranked

Chelsea is one of the most warm-hearted characters on the series. She stands up for the rights of others, and while having standards, is also willing to forgive Charlie and guide him towards better ways. One of the ways her warm heart is demonstrated in the narrative is through her relationships with Berta, Jake and even Evelyn. The fact that she can get along with Evelyn, whom not even Charlie is able to make peace with, is a testament to her good and personable nature.

3 A Hard Lesson To Swallow

Does she get burned by Charlie’s wayward antics? It would seem that Chelsea forgives many ‘unforgivables’ from Charlie. Still, she seeks the best in him and unlike other women in his life, her kind treatment towards him, accompanied by her enforced standards, seems to have a positive impact on Charlie’s heart and character. Sadly, however, she does get burned by him. At his funeral, she confesses to having contracted an STD from him. At this same sad occasion, she is introduced to his past lovers and women. This must have been a hard lesson to swallow for the dedicated Chelsea.

2 No Stranger To The Series

When did Chelsea first debut in the series? While the actual character of Chelsea first appeared in the series in Season 6, the actress Jennifer Taylor appears in the series three times before she was cast as Chelsea. This kind of thing is not unusual in sitcoms, with extras or unassuming actors and actresses, many times ‘resurfacing’ in later episodes as main characters. For Taylor, humbling herself as an extra for the series was a huge step in the right direction. Goes to show, small beginnings can become great things.

Was she married before she met Charlie? Her former husband’s name was Alex, and much as she gets on with Evelyn, Chelsea was close to Alex’s mother, her former mother-in-law. She never fully gets over her marriage to Alex and maintains feelings for him. This is because she tends to give her whole heart when in love. Even though her marriage with Alex has ended, she is deeply distressed when she finds out that he is remarrying.

NEXT: Two And A Half Men, The 10 Worst Things Charlie Has Ever Done, Ranked

Tags:
two and a half men