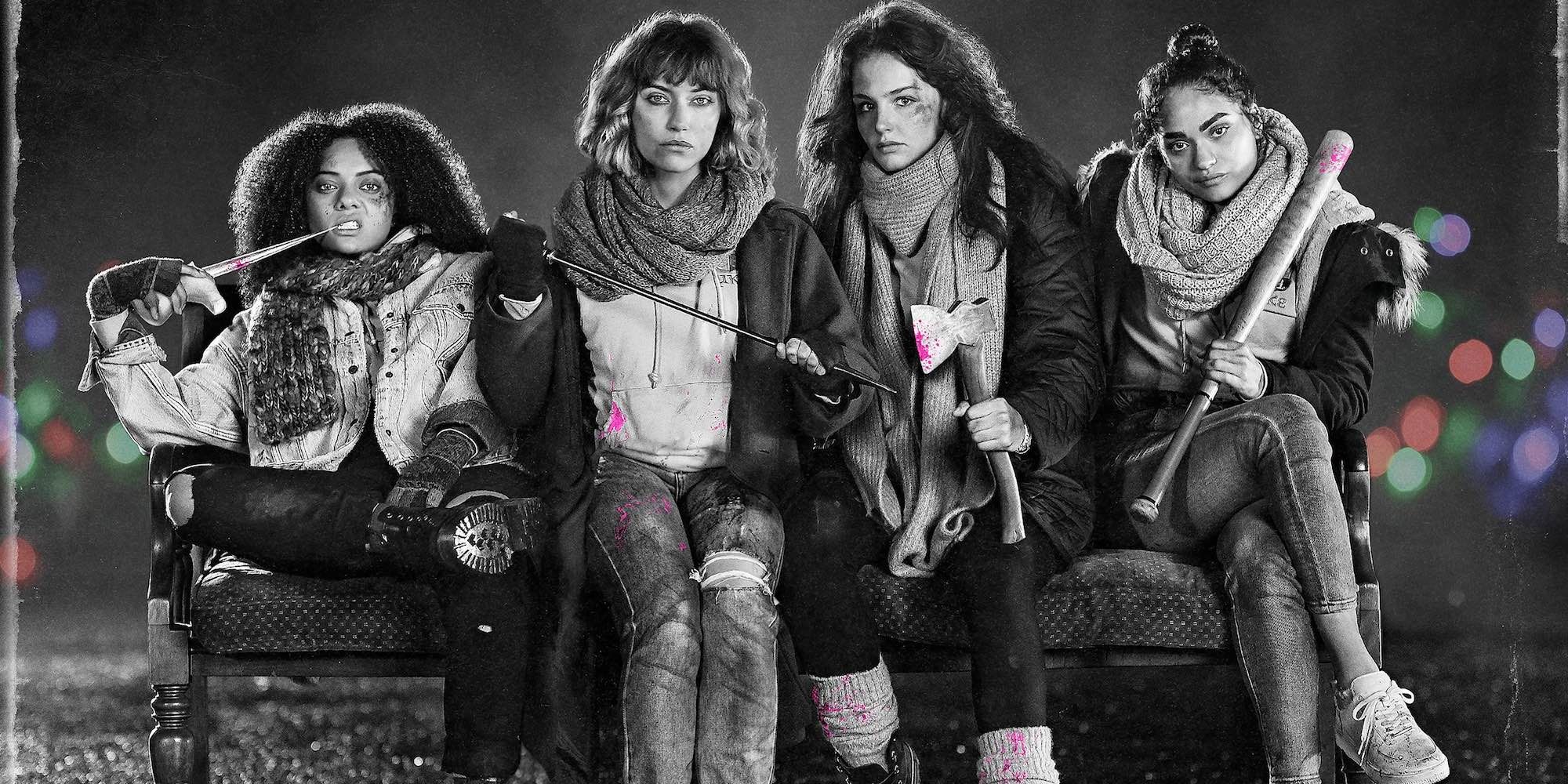 Imogen Poots stars as protagonist and final girl Riley Stone in 2019’s socially conscious slasher Black Christmas, directed by Sophia Takal, which succinctly wraps up a lot of its loose ends and only leaves a few unanswered questions by the movie’s conclusion.

In the film, a misogynist fraternity at the fictitious Hawthorne College uses a supernatural heirloom from the school’s racist, sexist founder, Calvin Hawthorne, to exact a gruesome punishment upon sorority sisters who they have deemed disobedient. Before the sisters can defend themselves from their demonically possessed pursuers by any means necessary, they are forced to first overcome their inner demons. Very little is left to the audience’s imagination, unlike in Poots’ 2020 film Vivarium, which places her character in a decidedly more opaque situation. By the end of Black Christmas, which is the second remake of Bob Clark’s 1974 cult horror classic of the same name, the women-hating villains are brought out into the open, their plans laid bare for all to see.

Although some details, like the origin of Hawthorne’s incantation, the black goo, and the mysterious DivaCup, are only vaguely touched upon, virtually everything in this supernatural horror movie is wrapped and tied up neatly. Still, there are a few questions that went unaddressed in Takal’s movie.

The Black Christmas Ant Metaphor: Who Are The Ants?

This version of Black Christmas, co-written by Takal and April Wolfe, relies in part on the ant metaphor. Observant viewers may have noticed the ant farm (incidentally, a type of vivarium) on the desk of Professor Gelson (Cary Elwes) early in the film. After that, Riley’s sorority sister Marty (Lily Donoghue) explains how her ideal friends would be like ants: they are strong, act as a unit, and in a way can’t be killed because each one is an extension of the others.

The final appearance of the ant metaphor is when the audience discovers that the possessed fraternity brothers, referred to as an army in the film, behave in many ways just like ants. Exactly why the writers chose to insert this metaphor into the script is anyone’s guess, but it probably has something to do with the perception of ants as being mindless drones, and their classification as social insects. Interestingly, the ant metaphor is appropriate for both the protagonists and antagonists of the film, but for different reasons.

What Does Riley See In The Fire?

At the end of the film, the audience learns that Professor Gelson is the leader of the film’s supernatural band of bad boys. Riley and the other so-called disobedient sisters defeat his misogynistic militia by smashing Hawthorne’s bust. Riley’s sister Kris (Aleyse Shannon) tosses a lit oil lamp at the professor’s feet, setting him and the fraternity house aflame. As Riley watches the house burn, her face displays a range of emotions. At first, she has a simple look of relief on her face as she is catching her breath. This gradually becomes a smile, presumably generated by the sense of achievement she must feel after conquering both her internal and external demons in one fell swoop. But her smile doesn’t last long; soon, it becomes one of both surprise and worry.

It is impossible to tell whether this look on her face is a part of the story, or is simply a part of Imogen Poots’ interpretation of the moment. Considering that the sorority cat Claudette is seen licking up black goo off the floor during the credits, and that in an alternate ending of Black Christmas, Riley’s love interest has black goo ominously dripping from his hand, it is probably safe to say that the sisters’ fight against misogyny is not over, just as the struggle continues in real life.

Next: All Black Christmas Movies Ranked, Worst To Best

Steven Cuffari is a fiction writer who mostly works in the horror genre, but is also intrigued by sci-fi, fantasy, mystery and supernatural fiction. He is also a podcaster at voicesfromthedark.com. He is excited to be one of Screen Rant’s new horror features writers. You can find samples of his fiction writing on stevencuffari.com.