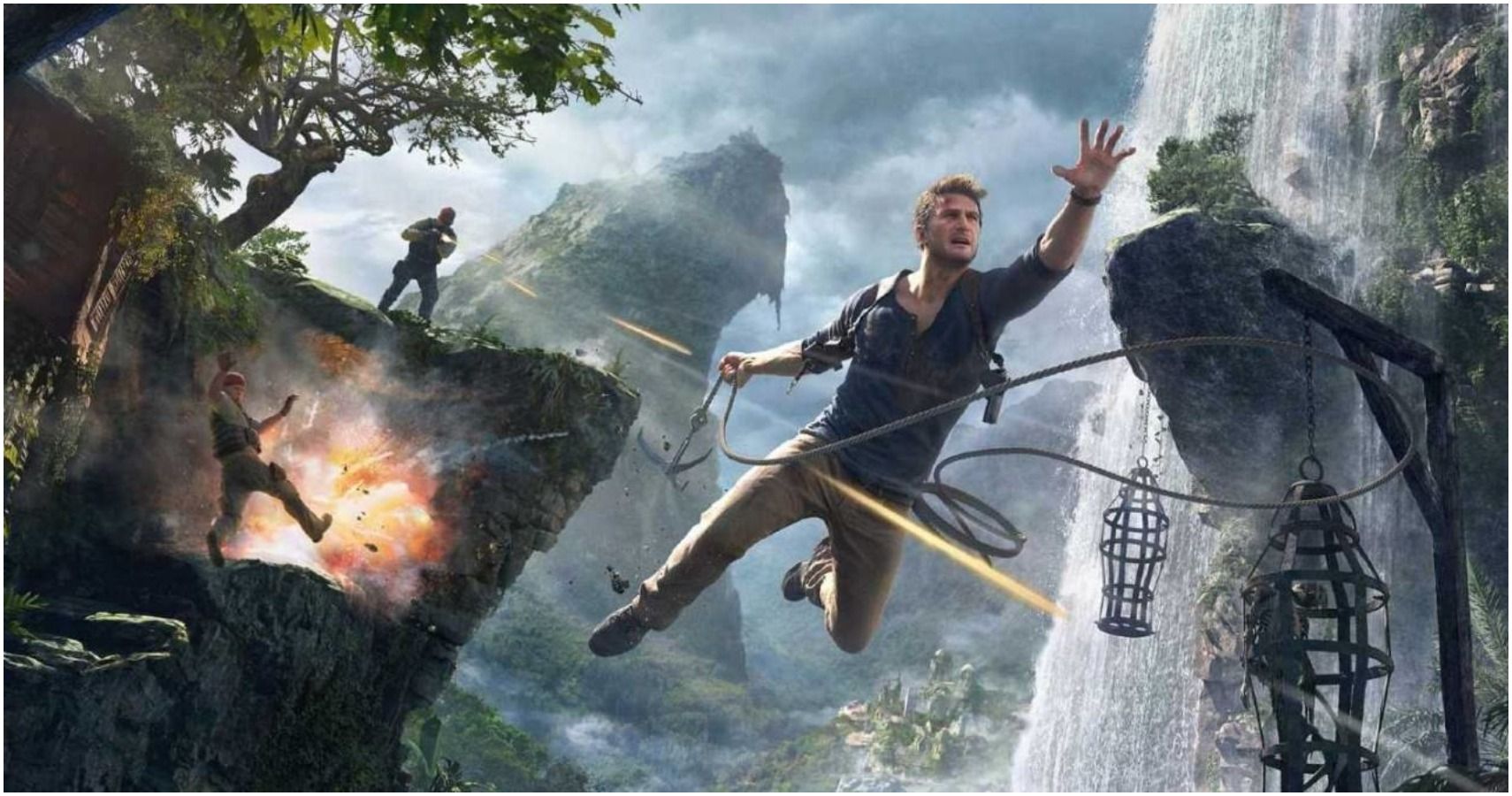 Those who play Uncharted 3: Drake’s Deception will most likely find themselves captivated by the game’s storyline and realistic characters. The Uncharted series is centered around action set pieces and feel more like movies than video games most of the time. Players who want a little extra challenge though can decide to seek out all of the collectible treasures spread throughout the game.

Related: Why You Should SKIP The First Uncharted Game

On their journey, players will find 101 treasures in the entire game. That may seem like a daunting task for players to engage in, but it can be a lot of fun for those who are interested. This guide will show players where to find each treasure in chapters four through nine.

After faking their own deaths, Nathan Drake and friend will spend some time exploring London and trying to track down the hideout of a secret organization. There are six treasures that players will find during this chapter.

Treasure 1- Right after the chapter starts, players will be tasked with squeezing through a narrow alleyway. After this segment players should turn right and check a dead end for the first treasure.

Treasure 2- After climbing through the window to the warehouse, the player can leap to a pipe on the wall and then drop down to another pipe below. They can then move all the way to the right and drop onto a platform to find a treasure.

Treasure 3- After reaching the ground floor of the warehouse, players need to look for a stack of crates in a corner of the room. On top of this stack will be the third treasure.

Treasure 4- Sometime later players will be attacked in a room with two generators. After killing the enemies, check behind the right generator for the treasure.

Treasure 5-  Players will eventually come upon a massive cylindrical room and are tasked with climbing down. Once players reach about halfway down, they will find a treasure near a grate.

Treasure 6- Towards the end of this chapter, players will reach a room where Sully asks for a boost over a gate. Players can instead find a small yellow box on the wall that is climbable. If they shimmy all the way left they will find the sixth treasure on a platform.

After exploring the underground area, players will find themselves in Marlowe’s secret base full of precious artifacts. This seems to be the perfect place to search for treasure, and as such players will be able to find four in this chapter.

Treasure 1- Right after the cutscene featuring Marlowe, players will need to take out two guards in the room. Players will need to knock out the second guard and then climb the wall to their left next to the giant stuffed elephant head to find a treasure.

Treasure 2- After smashing the deer head in the treasure room, players will need to run through the door ahead and go up the stairs on their right. On the upper level, there will be a treasure underneath one of the display cases.

Treasure 3- After killing the group of bad guys in the subway station, players will need to look on the left wall where there is a giant clock. There will be a treasure below it that can be shot down.

Treasure 4- Players will eventually find themselves in a tunnel full of enemies. Once they are all dealt with, players will need to continue on until they discover a red train car. On the ground at the end of the car will be the final treasure.

In this chapter, players will find themselves deep in a forest in France looking for a medieval castle. This castle is full of a massive amount of treasure and players will be able to add nine pieces to their collection.

Treasure 1- Players should walk through the forest until they come upon a stream. If they follow this stream to the right they will find the first treasure.

Treasure 3- Once the players begin climbing the tower, players will eventually find themselves at a hole in the wall. Instead of entering, players should continue moving to the right until they can climb to a higher-up hole. This one contains treasure.

Treasure 4- During a cutscene, Sully will mention the square tower and then go stand by an open window. Before going out this window, players should turn around and check the back wall of the room for a treasure.

Treasure 5- Players will eventually find themselves in a puzzle room with 4 knight statues in each corner of the room. If players go into a smaller room to their left and check above one of the curtains, they will find a treasure that can be shot down.

Treasure 6- After falling into the caves, players will just need to keep moving until they can check behind a stalactite for the treasure.

Treasure 7- After the segment that teaches players how to use grenades, there will be a treasure in the corner underneath a fallen tree.

Treasure 8- After Nate and Sully break a door down together, the player should stick to the right side of the room ahead. Eventually, they will find a climbable section of the wall that leads to a beam above. The treasure will be on the beam.

Treasure 9- As soon as players enter the lab, they should look up to the ceiling to find a treasure that can be shot down.

This chapter takes place inside the castle still, but most of the player’s time is dealing with the place burning and falling down around them. Because of the stressful environment, only one treasure can be found here.

Treasure 1- As players are climbing to the ceiling near the chandelier, a huge portion of the wall will come down and make a bridge for Sully to walk across. Rather than following Sully, players should move left and leap to where the floor used to be attached. Here players will find their treasure.

Chapter eight will task players will finding their friends Chloe and Cutter in a fortress in Syria. This chapter makes up for the previous one having only one treasure by tasking players with tracking down seven.

Treasure 1- As players make their way across the bridge at the beginning of this chapter, they will notice a section of it missing in the middle. If players hop over the short barrier and climb their way down, they will find the first treasure waiting for them.

Treasure 2- After lowering the drawbridge, players will need to cross it and look to their right. The treasure will be located in the corner of the wall and can be shot down.

Treasure 3- After shooting the lock off of the gate, players should immediately turn left and grab the treasure from in front of the statue.

Treasure 4- Once players make it to the bottom of the well, they will need to take out a few enemies. After that, they should move forward and enter the room on their left to find a treasure on the back wall.

Treasure 5- After Sully shoots the lock of Nate’s gate, players should step through and then immediately look up and behind them. They will find a treasure to shoot down.

Treasure 6- After Nate and Cutter work together to lift Chloe and Sully’s gate, players will notice a spiral staircase ahead of them. They should head left past the stairs to find a treasure in the windowsill.

Treasure 7- After having a big shootout in the courtyard, a giant hole will be blown in a wall that players will need to go through. After entering they should immediately turn right to find the last treasure.

During this chapter, players will once again find themselves exploring an underground area. Players will be able to find three treasures in this location.

Treasure 1- Once players enter the room with the giant globe in the center, they should follow the left wall until they find a treasure.

Treasure 2- When players reach the first set of cranks, they should use them and raise the water level. Players will be able to see the treasure on the right sidewall. They then must jump in the water and swim underneath the treasure. From there its a simple matter of shooting the treasure down.

Treasure 3- After players finally solve the globe puzzle, they can walk up the staircase that lowers. Once at the top, players should look for an open coffin containing the last treasure.

Next: Uncharted Nathan Fillion Deepfake Is The Only Movie Fans Get This Year

Uncharted 3: Drake’s Deception can be played on PlayStation 4.