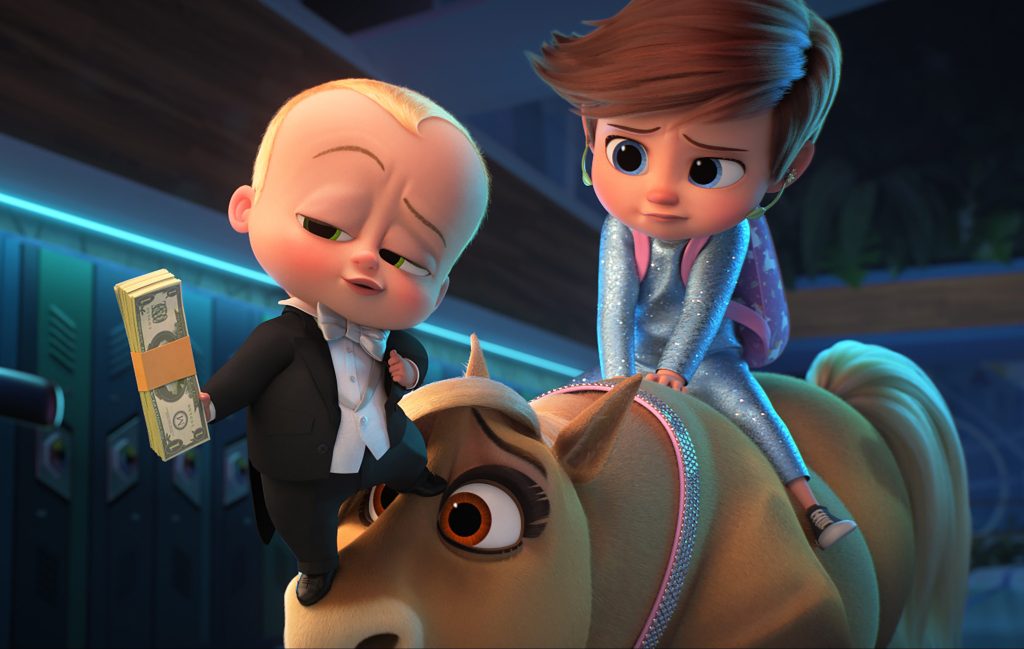 Even though Universal jumpstarted the summer box office overseas this past weekend with F9‘s $163M opening, the studio feels the need to take DreamWorks Animation sequel The Boss Baby: Family Business and put it on its Peacock streaming service on July 2, day-and-date with its theatrical release. The pic moves up from its most recent theatrical release of Sept. 17.

While Universal rubbed exhibition the wrong way during the pandemic, specifically AMC, when it decided to release Trolls World Tour theatrical day-and-date and on PVOD (ultimately grossing $100M stateside at one point) when theaters were closed, this is the first time that Universal Filmed Entertainment Group is capitalizing on its frosh Peacock service with a theatrical-day-and-date release, even though other studios like Disney and WarnerMedia have already attempted this with their own respective streaming services.

The Boss Baby: Family Business will play on the two uppermost premium tiers of Peacock, which cost subscribers $4.99 and $9.99 a month.

The recent move by Universal sends a lot of mixed messages at a time when exhibition is showing signs of rebirth, especially as we head into a weekend where Paramount’s A Quiet Place Part II and Disney’s Cruella (available to Disney+ subs at an extra cost of $29.99) is looking to fire up the box office. The first Boss Baby during a pre-pandemic era in 2017 opened to $50.1M domestic, and finaled at $175M stateside and $527.9M WW. So why would the studio take a nice piece of DreamWorks Animation IP and send it the service? During a time when there were significantly fewer theaters open, Uni did $58.2M domestic and $168.1M on DWA’s The Croods: A New Age. Surely, Uni stands to do more with close to 4,7K theatres (out of 5,88K) being reopened by July 4th weekend. It’s just another egregious move by a major Hollywood studio to feed the beast of its streaming service and experiment with theatrical distribution models before this pandemic completely closes down. Keep in mind, big provinces in Canada such as Manitoba, Alberta and Ontario have exhibition closed down through some point in July reportedly. Not all foreign theatrical markets have reopened and many remain closed, i.e. Vietnam and Brazil. Boss Baby 2 will begin its international theatrical rollout in select markets on July 2 as well.

So the question is — does exhibition play The Boss Baby: Family Business? Remember, Universal specifically hammered a deal with big exhibition, AMC being the first, which outlined a 17-day theatrical window for those titles that deemed fit with the studio sharing its PVOD revenue thereafter with the No. 1 chain. Uni’s deal with Cinemark calls for a 31-day theatrical window on those Universal and Focus titles opening to north of $50 million at the domestic box office, and 17 days on all titles opening to under $50M; with PVOD share between the studio and exhibition thereafter. So does Boss Baby: Family Business fall into a loophole here with exhibition, meaning they don’t have to play it? We’ll have to wait and see. Some of those in exhibition circles have mentioned that odds are the big circuits will agree to play the DWA sequel given how they’ve played Warner Bros/HBO Max and Disney/Disney+ theatrical day-and-date fare. The only thing is, I hear, is that exhibition won’t get a cut of Peacock revenue on Boss Baby 2. Word was with Warner Bros. that they played nice with exhibition on their HBO Max titles and have offered up generous terms, and it wouldn’t be shocking if Uni emulates a similar rental agreement with theaters on Boss Baby: Family Business.

In Boss Baby: Family Business, directed by returning filmmaker Tom McGrath, the Templeton brothers—Tim (James Marsden) and his Boss Baby little bro Ted (Alec Baldwin)—have become adults and drifted away from each other. Tim is now a married stay-at-home dad. Ted is a hedge fund CEO. But a new boss baby with a cutting-edge approach and a can-do attitude is about to bring them together again and inspire a new family business. Tim and his wife, Carol (Eva Longoria), the breadwinner of the family, live in the suburbs with their super-smart seven-year-old daughter Tabitha (Ariana Greenblatt), and adorable new infant Tina (Amy Sedaris). Tabitha is at the top her class at the prestigious Acorn Center for Advanced Childhood. However, Tina is really a top secret agent for BabyCorp on a mission to uncover the dark secrets behind Tabitha’s school and its mysterious founder, Dr. Erwin Armstrong (Jeff Goldblum).  Jeff Hermann produces.

“Families are at the heart of our decision today to make DreamWorks Animation’s The Boss Baby: Family Business available to everyone this July Fourth weekend, and to give those families the freedom to choose whether to see this joyful, hilarious and heartfelt film from a big-screen theater seat or from the comfort of their own homes on Peacock,” said Jim Orr, President Domestic Distribution, Universal Pictures in a statement.

“Our Peacock subscribers love movies, so we are thrilled to be expanding our relationship with UFEG and to offer Peacock customers this premium content from one of the industry’s most beloved animation brands,” said Matt Strauss, Chairman, Direct-to-Consumer and International, NBCUniversal. “DreamWorks Animation films, from Trolls World Tour to Shrek and beyond are among Peacock’s top performing titles to date, and we’re certain that The Boss Baby: Family Business is sure to become this summer’s ultimate streaming event.”

Peacock counts over 42M subscribers since April 2020 and offers programming and movies from NBCUniversal’s catalog of channels and studios.