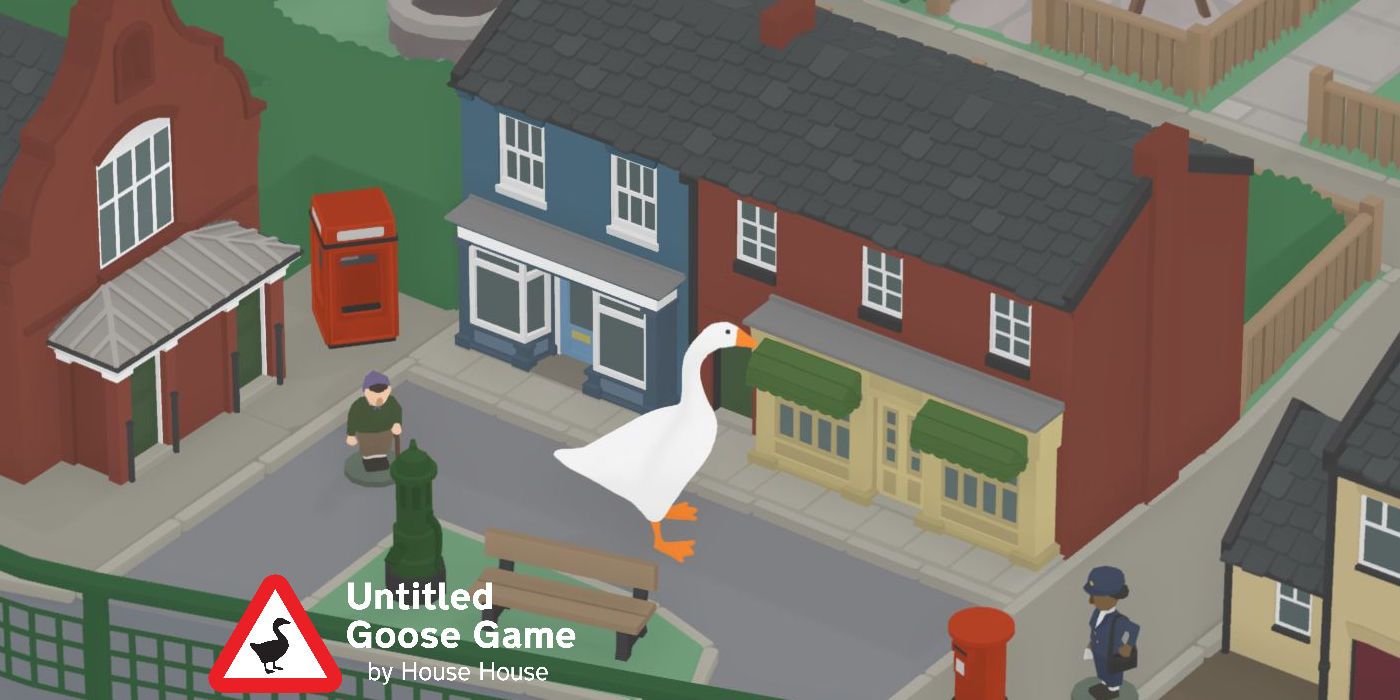 The golden bell is the ultimate prize in Untitled Goose Game, the much-loved indie game that puts you in the shoes of a mischevious goose that tortures a small English village. The golden bell is sitting high in the castle of the Miniature Village. This is the final area of the game and much shorter than all the others. You’ve been a good goose so far and you deserve this treat, use the tips in this walkthrough and get your well-deserved prize.

The Model Village is more of an end-game bonus level than a full section of the village. There isn’t much in the way of destruction but instead, you’ll be treated to a tiny version of the village. Walking through the Model Village will make you feel like a giant Godzilla-like goose, knocking over small versions of the townspeople you’ve met on your adventure so far.  There is a new and much shorter list of tasks for this area.

Get Into the Model Village

To get into the Model Village, head to the left after leaving the Pub and swim along the stream. You will eventually reach a bridge, head under and you’re there.

Head into the Miniature Village and enjoy the tiny remembrance of antics past. At the end of the walk you’ll come up to the castle. You’ll need to attack the castle by pecking on both sides. As it begins to crumble a beam will be revealed. Grab and pull on that beam. Eventually, the entire castle will collapse letting you grab the prize.

…And Take it All the Way Back Home

Time to take your beautiful prize home. You will need to go through each area without being detected which can difficult considering the bell rings as you run, announcing your location to every villager.

Luckily, this isn’t too hard of a task, just dodge and weave the villagers as they try to take your precious. If they do happen to catch you off guard they will simply leave it somewhere in their area, ready to be grabbed again.

Once you make it through all the areas and back to the lake near the Garden. From there, head across the lake back to your pit full of precious golden bells. Drop it in the pit and take a moment to reflect on your journey.

Congratulations on beating Untitled Goose Game! If there’s one thing to be learned from your time as a goose it’s that being a jerk sometimes pays off, with shiny golden bells.

More: Don’t Worry, Untitled Goose Game is Coming to PS4 and Xbox One

Untitled Goose Game is available on PC, Nintendo Switch, PlayStation 4, and Xbox One.

William Cennamo has been the Game Guides Editor for Screen Rant since 2019. He has previously worked for the Improv Comedy Theater as a manager and social media promotions, as well as a freelance journalist for the Rambler newspaper in Irving, Texas.

A creative writer all his life, it was only in 2018 that he really started to pursue his passion for the written word. Specializing in script-writing, William has written multiple short comedy sketches and currently teaches “Intro to Comedy Writing” at the Stomping Ground Theater in Dallas, Texas.

When not writing William spends his time with his wife and two lovely daughters, usually playing a board game. His mother thinks he’s funny but doesn’t care much for his language.