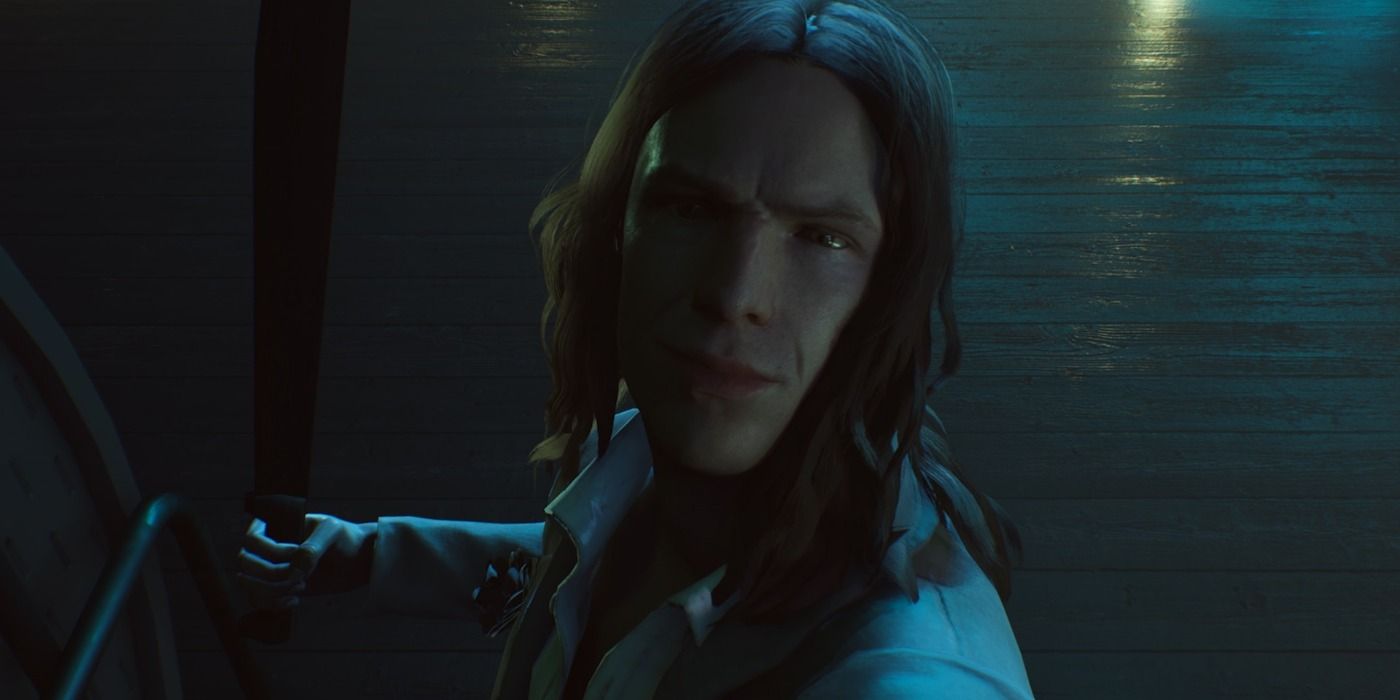 Paradox Interactive showed us a new demo for Vampire: The Masquerade – Bloodlines 2 at PDXCON 2019 that reveals information about the story and how it connects to the latest edition of the tabletop game. Vampire: The Masquerade – Bloodlines 2 was originally teased by the developers for GDC 2019 as a new dating site called Tender - an ARG (alternate reality game) that was hinting at a new video game associated with vampires.

Vampire: The Masquerade – Bloodlines 2 has since been shown at different events and Paradox Interactive arranged for a private presentation of the latest demo of the game for journalists at PDXCON 2019. The new demo for Vampire: The Masquerade – Bloodlines 2 was played by a developer and we weren’t given a chance to test it ourselves. The demo showed off the opening stages of the game, with the main character being caught up in a “Mass Embrace”, where a group of individuals is transformed into vampires after having their blood sucked out and replaced with undead blood.

Related: Vampire: Masquerade – Bloodlines 2 is Everything The Original Couldn’t Be

The playable section begins here where the player character has been transformed into a thinblood vampire - referring to the fact that their blood is so diluted that they can’t call upon the powers of stronger vampires. Once they awaken from their slumber, they are staked in the heart and taken to a court filled with other vampires, who debate the fate of this new fledgling. The doors then burst open and a raging inferno incinerates the vampiric judges where they stand.

The player is then given control over their character and the game begins, as they must flee into the tunnels beneath Seattle. The tutorial section of the game gives the player access to three unique powers (known as disciplines), but they are forced to choose one of them once they reach safety. The Chiropteran discipline lets the player control bats and fly for a short period of time, the Mentalism discipline acts like telekinesis, and the Nebulation discipline allows the player to turn into mist, which lets them travel through vents.

The tunnels beneath Seattle lead to a pier, where a beggar awaits the player with a mobile phone. A mysterious woman on the other end of the line tells the player to meet a nearby ally, as they are in great danger. In order to find this ally the player must fight their way through a restaurant filled with thugs. The melee combat system in Vampire: The Masquerade – Bloodlines 2 has been overhauled since the first game and a lot of attention has been given to making it feel more fluid and responsive, with the player now being able to dodge enemy attacks in battle. Once the enemies have been dealt with, the player meets their ally who is swiftly beheaded by the crazed vampire featured heavily in the promotional material for the game. This vampire tells the player that they are not on his list and swiftly departs, sparing you.

The player reaches an apartment building, where they encounter a vampire landlord named Dale, who rents out his rooms to the undead who can afford their rent. Dale explains the rules of vampire society to the player, putting him in Smiling Jack’s role from Vampire: The Masquerade – Bloodlines. It’s then up to the player to decide how they want to spend their unlife.

The demo skipped to a later stage in the game, where the player has mastered their powers to some degree and is free to feed upon the people of Seattle, so long as they do so discreetly. The mortals in Vampire: The Masquerade – Bloodlines 2 exhibit an aura known as resonance, which was shown at E3 2019. Different resonances have their own colors, such as rage being red. A player who drinks enough blood with a shared resonance will gain merits that they can use to customize their character.

Vampire: The Masquerade – Bloodlines 2 was delayed to an unspecified date in 2020, as the developers felt that the game needed further refinement before it could be released. The build that we were shown had some minor technical issues, but the game still seems as if it’s coming together well and promises to put the player back in the role of the stalking hunter of the night that fans loved so much in the original game.

Next: Vampire: The Masquerade—Bloodlines On Sale on GOG, Don’t Sleep On It

Vampire: The Masquerade – Bloodlines 2 releases in 2020 for PC, PlayStation 4, and Xbox One.