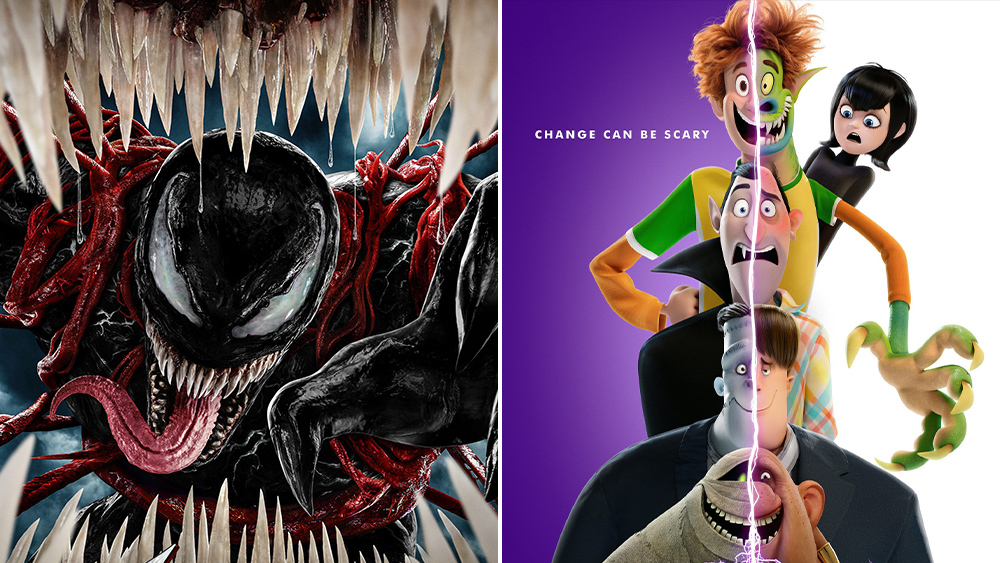 EXCLUSIVE: We’re hearing very loud rumblings from exhibition that Sony is poised to relocate Venom: Let There Be Carnage and Hotel Transylvania: Transformania.  In the case of Venom 2, it’s to another destination on the release calendar. First we heard January, then Oct. 15; Sony hasn’t decided I hear what the new date is or whether they’ll continue to stay put on Sept. 24.  The pic is a pure theatrical release as Sony doesn’t mess around with dynamic windows. The first 2018 movie ultimately charted the second best opening for October with $80.2M domestic, a $213.5M stateside and $856M WW final (the pic owned the October record for one year prior to the arrival of Warner Bros. Joker). Also, keep in mind, overseas markets continue to be in a greater funk than domestic with various market closures and capacity issues.

Hotel Transylvania 4 may be going to a streaming. Again, Sony is figuring out what to do. With vaccine cards being required in the NYC market at theaters, and the under 12 population being unvaccinated, it’s given some distributors with family releases pause. The fourthquel is currently in a release date pickle: The Sony movie moved out of summer to the first weekend of October where MGM/UAR already has Addams Family 2. A box office face-off for those titles would be a recipe for cannibalization. I’ve heard that Addams Family 2 cannot move due to the fact that they’re tied in with lucrative promotional partners. It’s just not an option for the studio. Sony has an output deal with Netflix, but it’s not an absolute that the streamer is getting Hotel Transylvania 4.

Through three movies, Hotel Transylvania has grossed $1.36 billion worldwide. It’s a big franchise for Sony, and again, if they kept the film threatrical, they’ll need the power of offshore markets to do so.

Nonetheless, we’ll see this weekend how bad these headlines of the delta variant are on the box office. Should Disney/20th Century Studios’ Free Guy best a $20M+ start, that’s a very good sign for the U.S./Canada marketplace. However, a start somewhere in the mid-to-high teens is the more prudent projection for the Ryan Reynolds original IP.

But in regards to Venom 2 and Hotel Transylvania 4, stay tuned.