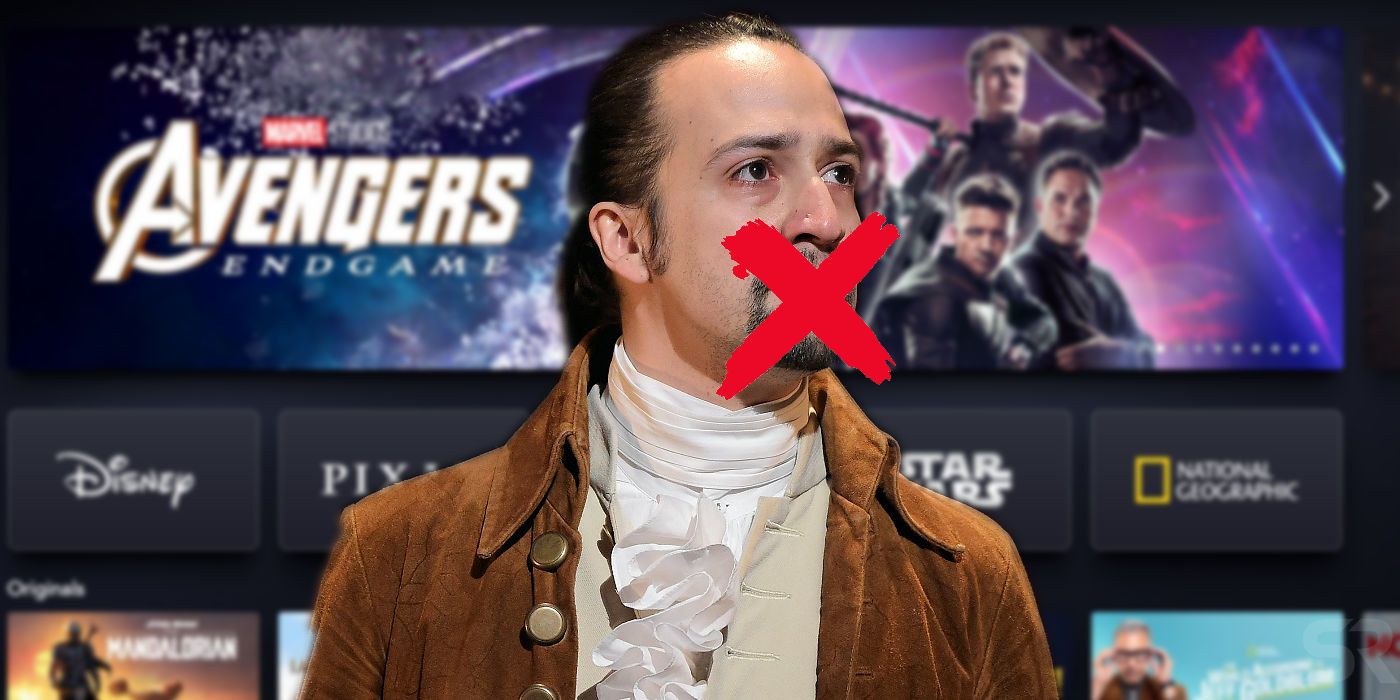 In anticipation of the release of Hamilton on Disney+, the musical’s creator Lin-Manuel Miranda explains how some lines in the show needed to be censored. Hamilton is an operatic musical about the life and legacy of American Founding Father Alexander Hamilton. The show’s music, lyrics, and book are all written by Lin-Manuel Miranda.

Hamilton became a cultural phenomenon as it became not only the most popular show on Broadway but also one of the most talked-about pieces of entertainment in the world. Tickets are notoriously expensive, and it was common for A-list celebrities like Beyonce and Meryl Streep to attend the show during its initial run. The musical was praised for its re-imagining of the typical Broadway musical, incorporating elements of hip-hop and R&B in its music. Hamilton went on to win 11 Tonys, including Best Musical. The original production of Hamilton filmed live on stage is coming to Disney+ on July 3, just in time for the Fourth of July weekend. This led to questions about how the show would be formatted and if any changes would be made.

Fans specifically wondered about censorship, as the show does include profanity. Lin-Manuel Miranda took to Twitter to answer some questions. Miranda explained that the MPAA has strict rules on censorship and that any movie with more than one “f*ck” will receive an “R” rating. The musical in its purest form contains three of these profanities, so some changes needed to be made. In the song “Yorktown (The World Turned Upside Down),” the expletive in the lyric “I get the f*ck back up again” is muted. In “Washington By Your Side,” a record-scratch replaces “motherf*cking.” Miranda jokes that he “literally gave two f*cks so the kids could see it.“

Miranda went on to reveal some more details about the show. He explains that every song and scene in the live musical is included in the filmed version. This likely includes brief scenes that were omitted from the original Broadway cast recording. He also said that there would be an intermission that includes a one minute countdown clock so people can take a bathroom break.

Disney+ releasing Hamilton this summer came as a pleasant surprise to most. When Disney bought the movie’s distribution rights, it was originally scheduled for a theatrical release in October 2021. However, when Lin-Manuel Miranda announced that the show would go to streaming more than a year early, he explained that he thought it would be appropriate to release it now as most live-theatre has been shut down due to the COVID-19 pandemic. In the Heights, the movie-adaption of Miranda’s 2008 musical, was also impacted due to the pandemic as its original June 2020 release date has been pushed to next summer. Hopefully, Hamilton‘s early release can bring some comfort to both theatre and movie fans alike.

V For Vendetta Is A Perfect Representation Of 2020
Related Topics
This article was originally published by Screenrant.com. Read the original article here.
Tweet