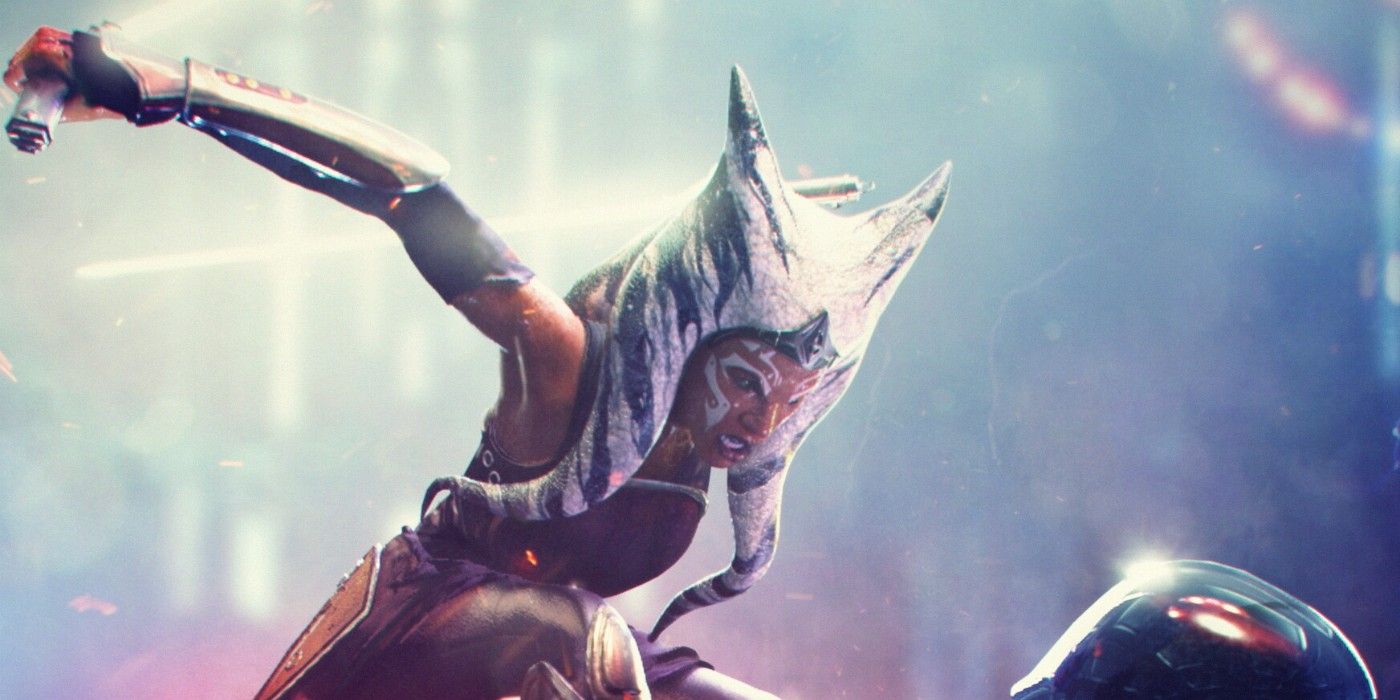 Through some incredibly creative fan art, Star Wars fans can catch a glimpse of what Rosario Dawson could look like as Ahsoka Tano in The Mandalorian season 2. It was recently announced that the actress would portray a live-action version of Ahsoka in the upcoming season of the popular Disney+ series. Dawson is known for many roles, including her time on Daredevil and the animated film Wonder Woman: Bloodlines.

Related: Clone Wars Reveals What Happened To Ahsoka After She Left The Jedi Order

Since the announcement, a ton of new fan art and re-imaginings of the character have popped up, and have provided an idea of what Dawson could look like as Ahsoka. Artist BossLogic posted his vision of what the actress would look like on Twitter. The artist drew an older, more mature version of the Jedi than fans have been accustomed to seeing. Ahsoka’s outfit is also drastically different than her usual getup. Check out the image below.

BossLogic’s vision of Ahsoka contrasts with another imagining of a live-action Ahsoka, created by artist Saby Menyhei earlier this year (seen in the header image) and posted on his ArtStation page. The picture shows Ahsoka going head to head with her old master, Darth Vader, in an epic showdown. This is reminiscent of her battle with Vader in Star Wars: Rebels season 2. There is so much other, similarly creative artwork online. One creation by Daniel de Almeida e Silva, posted on Facebook, depicts Ahsoka as Rosie the Riveter. BossLogic even has another version of the photo mentioned earlier, in which Dawson-Ahsoka is in a different outfit.

Excitement for The Mandalorian season 2 is already very high after the thrilling first season. Ahsoka’s inclusion in the show is likely to bring even more hype, and perhaps even new viewers who were fans of The Clone Wars series. Rosario Dawson has been fan-casted as the character for years, and now she’ll finally get a chance to play the role for real. Season 2 of the show has an expected release date of October 2020.

Next: The Mandalorian Season 2 Casts Rosario Dawson As Ahsoka Tano

Jun is a writer and comedian based in New York, currently seeking approval from everyone. He performs standup and writes sketch comedy. Jun has experience in different fields including entertainment, comedy, cybersecurity, and marketing. After graduating from Boston College, Jun spent a few years in the startup scene before writing for Screen Rant. In his spare time, he enjoys traveling, writing, and re-watching old episodes of Avatar The Last Airbender. Feel free to follow him on Twitter at @jun_julyaugust.