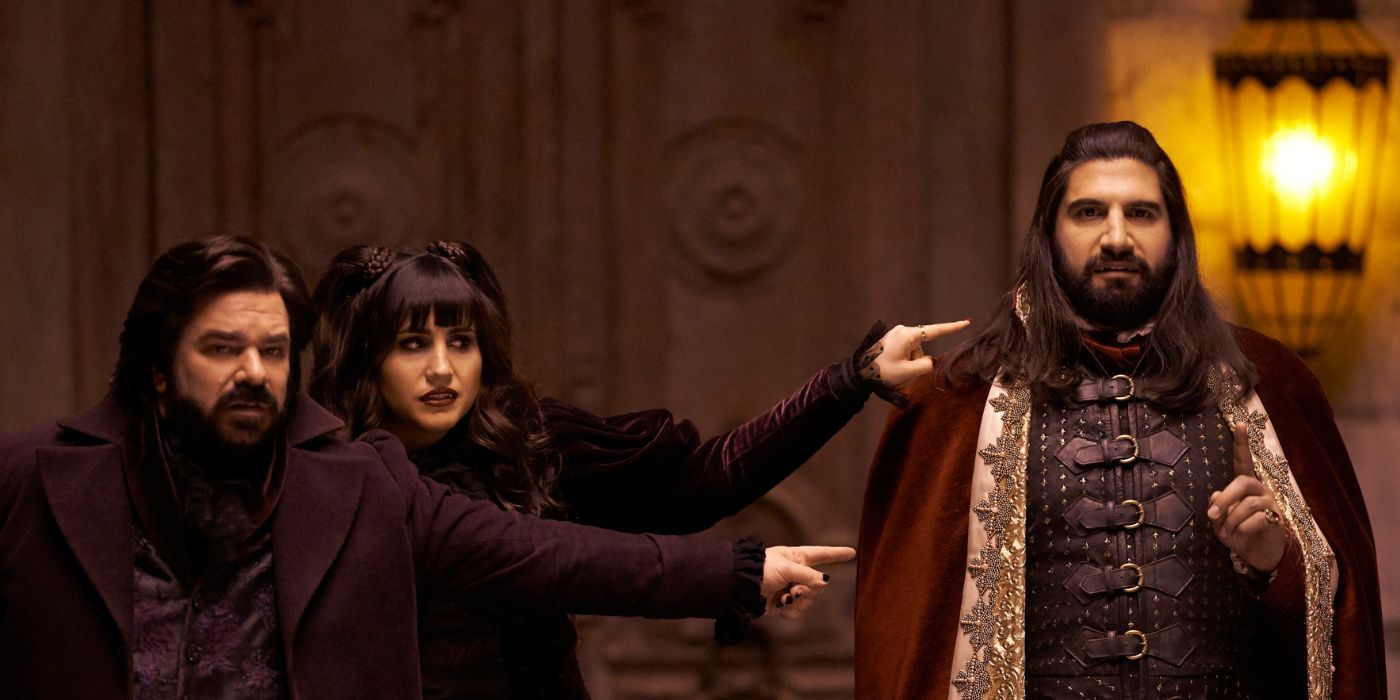 WARNING! Spoilers for What We Do In The Shadows season 2 ahead

What We Do in the Shadows is one of the funniest comedies of the year; FX wisely chose to already renew the show for season 3, which means there will be much more in the way of vampiric antics in the show’s future. Here’s everything we know so far about season 3.

In the past, many TV shows and films have tackled vampires in various ways, but what makes What We Do in the Shadows such a treat is how it applies its biting, ridiculous wit to the standard tropes of the horror genre. The series is widely regarded as excellent for its hilarious performances and impressive effects, but season two of What We Do In The Shadows has expanded the series’ range in exciting ways that put far more than mere vampires on its radar.

Related: What We Do In The Shadows: Why [SPOILER] Is The Strongest Vampire In Season 2

Season 2 of What We Do in the Shadows was able to build on the world that was created during season 1 and the 2014 movie of the same name and truly challenge it. Every character experiences an identity crisis of sorts in season 2, and many lesser known vampire traditions and dangers get examined. What We Do in the Shadows’ season 2 has been such a satisfying continuation of the story that it’s exciting to think about where the third season is headed.

What We Do In The Shadows Season 3 Renewal

What We Do in the Shadows has turned out to be one of the highest-rated programs on FX, and its viewership numbers have remained consistent throughout season 2. All of this is extremely positive news for the show, so it’s not surprising that a third season was ordered by FX before season 2 had even finished airing. In May 2020, What We Do in the Shadows was officially renewed for season 3.

What We Do In The Shadows Season 3 Release Date Info

FX has renewed What We Do in the Shadows for season 3, but a release date for when those episodes will air hasn’t yet been announced as of this writing. A 2021 premiere is most likely in the cards, but the rest remains speculation. The first two seasons of the series have both aired throughout April and May, so it would make sense for another late spring or early summer release date for season 3. The third season will also almost certainly be composed of ten episodes, like previous seasons.

What We Do In The Shadow Season 3 Story Details

Many of the characters in What We Do in the Shadows get tested in significant ways, but the biggest rift that forms during season 2 involves Guillermo getting pulled more towards his vampire hunter roots. Season 2 goes out on a climactic note when the vampires finally learn the truth about Guillermo; his relationship with them remains unclear. Much of season 3 will revolve around this new dynamic, whether it means that Guillermo is feared and respected by his vampire friends, or if they decide to ostracize him.

Related: What We Do In The Shadows Season 2: Vampires & Ghost Relationships Explained

Additionally, the vampires themselves may become even more ostracized by their own kind. There is still bad blood between them and the Vampiric Council. Plus, both Mark Hamill and Jemaine Clement’s powerful vampire characters still hold grudges against them. Despite the hardships that the group has ahead of them, one silver lining is that Nadja’s living doll remains by her side, and her ghost never gets exorcised from it. This unconventional new character should still be a part of the picture when the show returns. The vampires may face more of an uphill battle in season 3 of What We Do in the Shadows, but it will surely be as entertaining.

Next: What We Do In The Shadows Season 2: Nadja’s Living Doll Is [SPOILER]

A New Justice League Will Unite in Dark Nights: MULTIVERSE’S END
Related Topics
About The Author

Daniel Kurland is a freelance writer, comedian, and critic, who lives in the cultural mosaic that is Brooklyn, New York. Daniel’s work can be read on ScreenRant, Splitsider, Bloody Disgusting, Den of Geek, and across the Internet. He recently completed work on a noir anthology graphic novel titled, “Sylvia Plath’s The Bell Noir: A Rag of Bizarre Noir and Hard Boiled Tales” and he’s currently toiling away on his first novel.

Daniel knows that “Psycho II” is better than the original, that the finale of “How I Met Your Mother” doesn’t deserve the hate that it receives, and that Garth Ennis’ run of “Animal Man” may be the best superhero story of all time. He’s a fan of white grape juice and appreciates a good Fuji apple.

The owls are not what they seem.

THE MACABRE: A Horror Anthology Raises over 30K on Indiegogo in less than a day, with 20 days to go!
Sinister Nights presents 2020 SIN Film Festival
What’s Going On With The DCEU’s Cyborg Movie
Megan Thee Stallion’s Team Accuses Tory Lanez’s Reps of Smear Campaign
Magic Johnson Gets Restraining Order for Himself and Employees