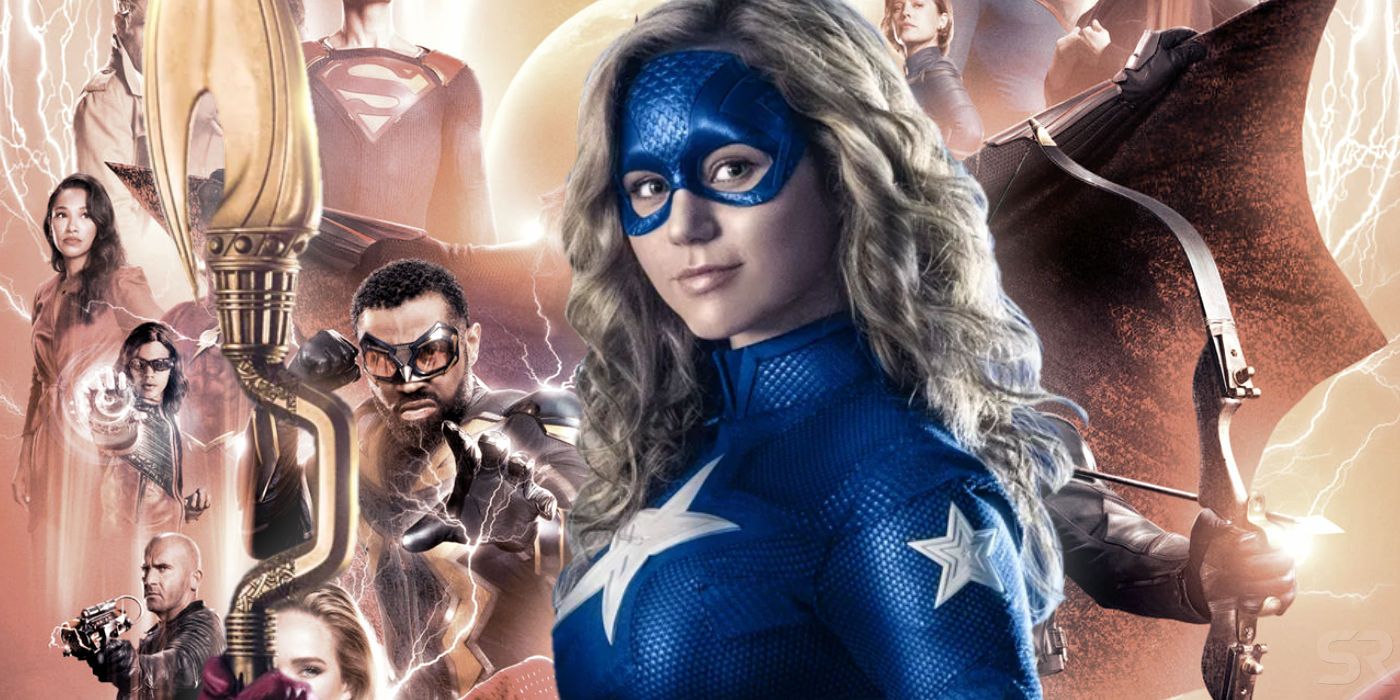 Legends of Tomorrow may be the reason why DC Universe’s Stargirl isn’t on Earth-Prime with all the other Arrowverse shows, despite the fact that it’s coming to The CW. In the aftermath of the battle between the Spectre (Stephen Amell) and the Anti-Monitor (LaMonica Garrett), the multiverse was reborn, with all five Arrowverse shows (and Black Lightning) all sharing the same world for the first time. Curiously missing from Earth-Prime is Stargirl, which is headed to The CW in the spring.

Created for DC’s streaming service, DC Universe, Stargirl is an upcoming TV series starring Brec Bassinger as Courtney Whitmore, a high school student who dives into the world of superheroes after discovering that her father was the sidekick to Starman. After discovering Starman’s Cosmic Staff, Courtney becomes “Stargirl” and forges a career as a fledgling superhero. As Courtney leads a new generation of heroes, she’ll also cross paths with members of the Justice Society, a Golden Age team of heroes from DC Comics and a precursor to the Justice League. It was confirmed in November that following the release of its series premiere on DC Universe, Stargirl will also air on The CW.

Related: Arrowverse’s New Multiverse Revealed: Which Shows Are On What Earths

A string of cameos in the fifth and final chapter of “Crisis On Infinite Earths” reveals that all four of the DC Universe shows, HBO Max’s Green Lantern, and the Superman movies all have their own timelines. Stargirl’s is a completely remade Earth-2. It makes perfect sense for most of these shows to exist on their own, since crossovers are unlikely to happen between The CW, DC Universe, and HBO Max, but unlike the others, Stargirl is on DC Universe and The CW. Perhaps the reason why Stargirl has its own Earth is Legends of Tomorrow season 2, which dealt heavily with the Justice Society and included its own version of Stargirl.

When Legends of Tomorrow added Nate (Nick Zano) and Amaya (Maisie Richardson-Sellers) to the crew of the Waverider, it did so by going back in time and exploring the Justice Society during World War II, allowing audiences to meet JSA members like Stargirl, Commander Steel, Hourman, Obsidian, and Doctor Mid-Nite. In this version of the story, Stargirl was a member of the classic JSA, rather than a modern character who tries to reform the Justice Society. Stargirl will have its own Hourman and Doctor Mid-Nite, and it should also be noted that another Stargirl character, Ted Grant (aka Wildcat), appeared in a few episodes of Arrow.

As the trailers indicate, Stargirl is deeply invested in the Justice Society story, just as Legends of Tomorrow was in its second season. Stargirl is clearly creating its own take on the Justice Society, and the overlap between the two shows is too strong for them to co-exist. So, even though being on Earth-Prime would be convenient for the annual crossovers, having Stargirl separate from the Arrowverse is the only way the show can tell its own story and create its own characters.