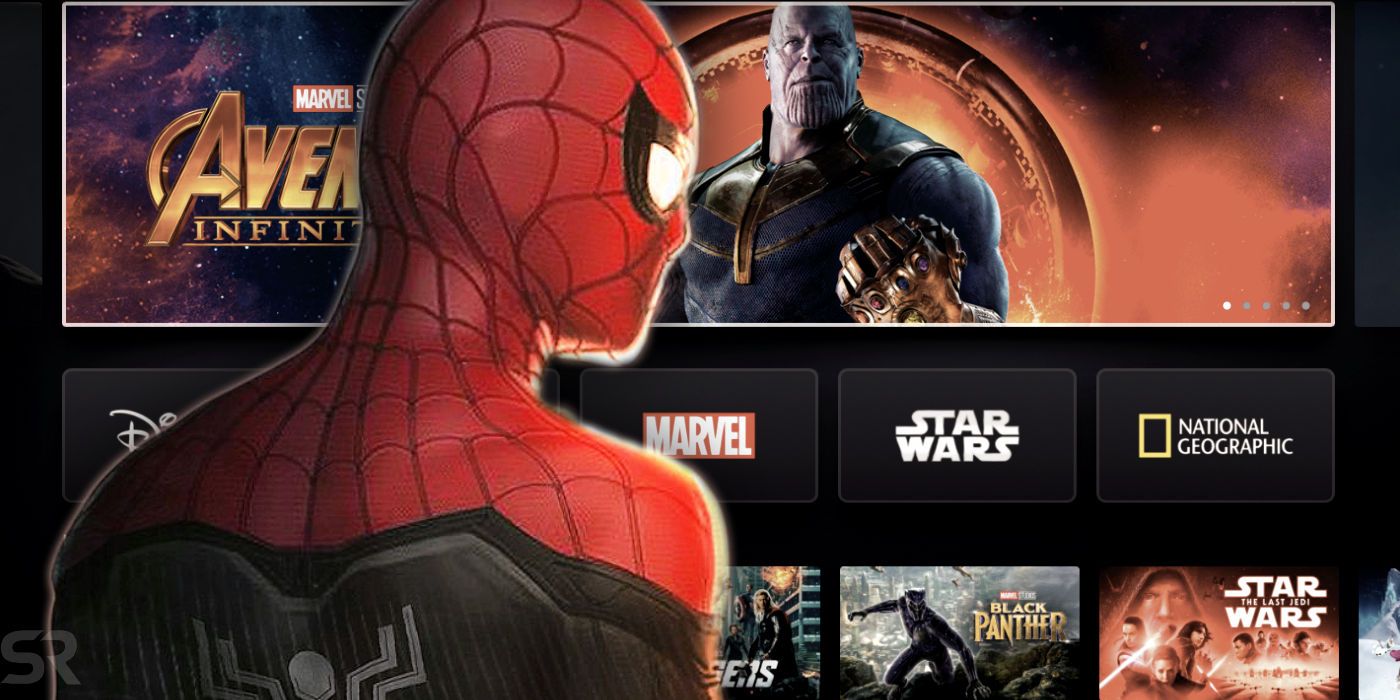 With its launch date fast approaching, Disney+ revealed all the movies and TV shows that will be part of its catalogue, which includes the movies from the Marvel Cinematic Universe – except for both Spider-Man movies. As the streaming wars heat up, it’s not surprising that big companies and studios have decided to launch their own subscription platforms, all of them with different content to offer, including original and licensed titles. Of course, Disney was not going to stay out of the game.

The Mouse House officially announced its streaming service, Disney+, in November 2018, and months later revealed that it will launch on November 12 in the U.S., the Netherlands, and Canada, and in Australia and New Zealand on November 19. A few weeks prior to its launch, Disney revealed everything – literally everything – that will be available from day one, including Marvel Studios’ movies. However, the list doesn’t include either of the MCU’s Spider-Man movies, and it most likely won’t for a long, long time, if ever.

Spider-Man is part of the MCU thanks to a deal with Sony Pictures, in which the latter holds Spidey’s movie rights, not Disney. Disney+ is all about content owned by the Mouse House, including those titles that came in the Fox package (as long as they are family friendly, as that’s what the platform is aiming for), which is why neither Spider-Man: Homecoming nor Spider-Man: Far From Home were included in the list of “content available at launch”. This also means that Spidey will most likely not be part of Disney+ at all, so Marvel fans won’t be able to fully binge watch the Infinity Saga and what comes after that.

Spider-Man: Homecoming can be currently found on Starz, and that’s most likely where Spider-Man: Far From Home will go to at some point, unless Disney and Sony can reach another deal. A few months ago, the Marvel/Sony deal came to an end, leaving Spider-Man out of the MCU for a while (and fans very confused). Both parts eventually reached a new deal, allowing Spider-Man to take part in the MCU for two more films – a third Spider-Man movie and a mystery Marvel project – but Sony continues to hold the distribution rights.

Though at this point it seems unlikely that Disney and Sony will reach a deal that allows them to add the MCU’s Spider-Man movies to Disney+, it’s certainly not impossible – just not in a near future, especially because they just settled a new deal. A full MCU binge-watch through Disney+ won’t be possible for a while, but hope dies last, and there’s always home media to complete a Marvel marathon.