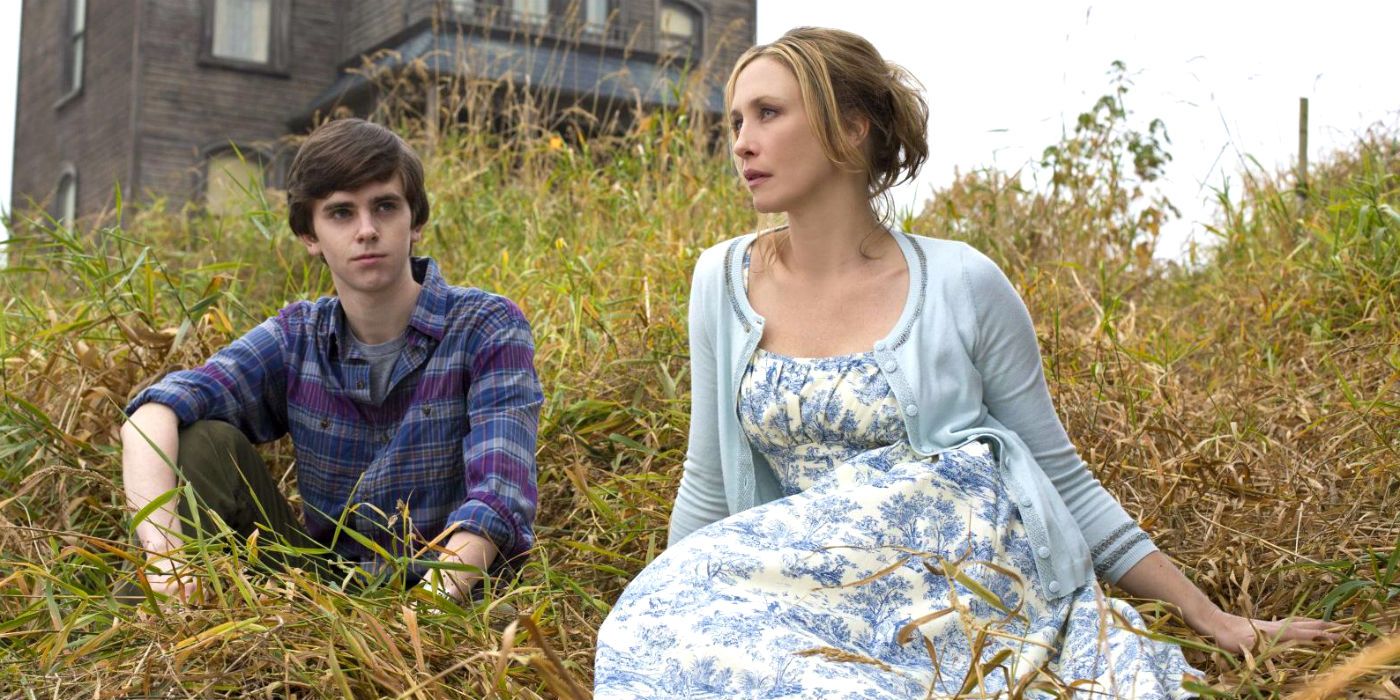 Though not its original setting, Bates Motel being set in the fictional town of White Pine Bay, Oregon made a lot of sense.

Originally set in fictional Fairvale, California in both Robert Bloch’s novel, Psycho and Alfred Hitchcock‘s film of the same name, the choice to switch settings might have seemed like an odd choice at first, but upon digging deeper into the series, made a lot of sense. Hitchcock’s Psycho released in 1960, which – given the fact that Bates Motel is a modern adaptation and prequel to the movie, might be part of the reason why a change was a necessity. Though the Motel itself is the primary choice of location for the films, a television series has to look beyond that, and for the A&E series, White Pine Bay became almost as much a character at the titular landmark.

Related: Bates Motel: Where Is It Located?

While the show filmed mostly in Canada (British Columbia), the series was good about making the setting seem realistic enough to be part of the mysterious Pacific Northwest region of the United States. Since the show completed in 2017, the structure that was built, with partial assistance from movie magic and CGI to buffer the gaps, was demolished.

Dreary, moody, and mysterious could all be used to describe Bates Motel. While much of the show does still take place both inside the home that Norma and her son, Norman, share along with the motel that they run together, there are certainly aspects that go beyond a singular, restrictive location. Because of this, the setting was integral to the mood that show runners Carlon Cuse, Kerry Ehrin, and Anthony Cipriano used throughout the series’ five season run.

The Pacific Northwest is known for lush forests, year-round greenery, overcast days, a temperate climate, and lots of rainfall. All of this contributes to a bleak, moody atmosphere that is punctuated with Norman Bates’ (Freddie Highmore) diminishing psychological state. The statuesque home, which can still be seen on Universal’s backlot during tours, makes sense in this sort of location as well. It is large, stately, and antiquated with wood as a primary building material; this sort of home is commonly seen in areas of the Pacific Northwest as well. Sunny California – or even Northern California – could have some overlap with the general atmosphere of some areas of Oregon, but there’s a reason why many other similar films and television series, such as Twilight and Twin Peaks have used areas in this region as a setting: it’s spooky, and there are plenty of places to hide bodies.

White Pine Bay, Oregon has the serenity and contemplative nature of a coastal location, but it’s not the same as California’s sandy coastline; it’s rocky, untouched land that adds a fantastical element to Bates Motel. Not to mention, there’s something naturally dramatic about sequences that take place in the rain.

Next: Bates Motel: What Was Wrong With Norman?

Perish of Angels (aka Angelz Landing)
How to Tone Your Hair at Home
The Best Netflix Original Shows, Movies, and Specials of 2020 So Far
Tory Lanez Sued by Miami Man Over Alleged 2019 Assault
Baby Keem Shares New Songs “hooligan” and “sons & critics freestyle”