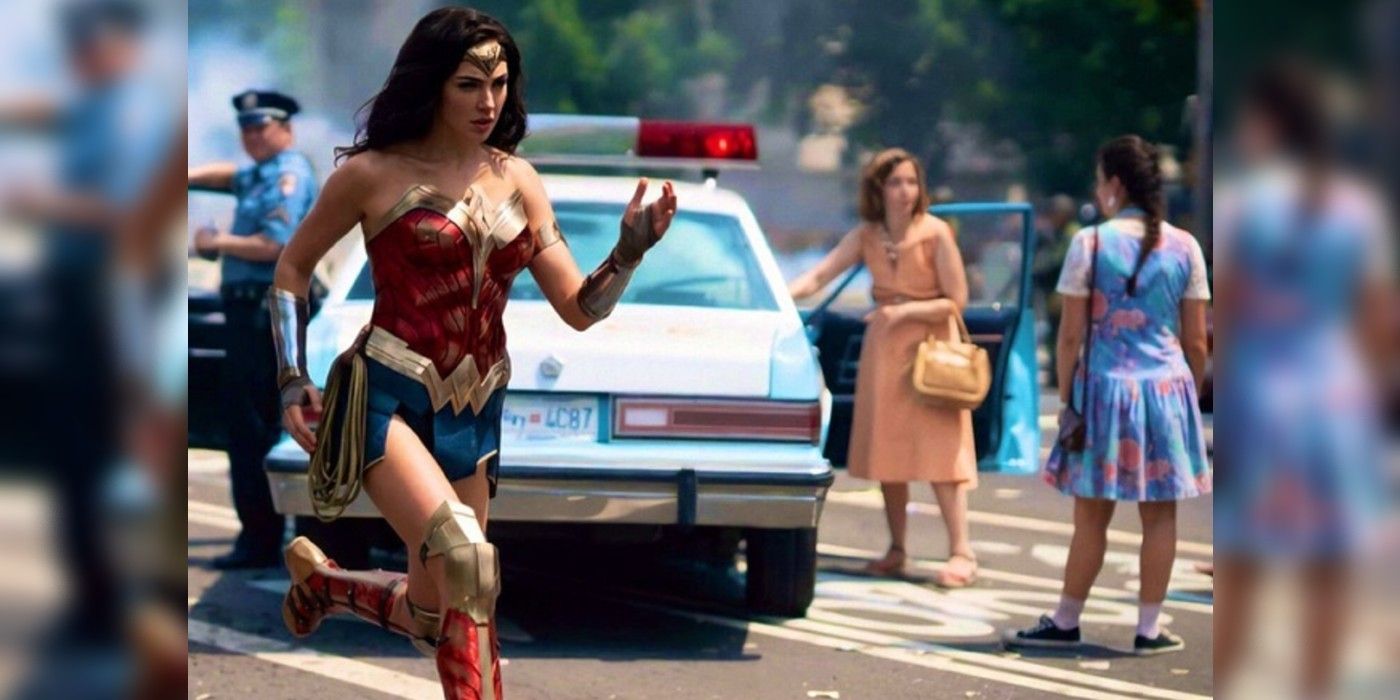 The newest Wonder Woman 1984 image shows Diana (Gal Gadot) running through Washington D.C. The highly-anticipated sequel (that, according to Gadot, isn’t necessarily a sequel) will finally pick up with Diana decades after her first solo movie, 2017’s Wonder Woman. In this installment, Diana is living a quiet, solitary life in D.C., though that doesn’t stop her from jumping into action whenever people need her. Her peaceful life will be disrupted by the emergence of new threats like Maxwell Lord (Pedro Pascal) and Barbara Minerva/Cheetah (Kristen Wiig), as well as the sudden reappearance of her lost love Steve Trevor (Chris Pine).

Wonder Woman 1984 is one of the many 2020 films that have been impacted by COVID-19. It was supposed to be released in early June (which was already its second release date following a delay from November 2019). However, as the pandemic worsened, Warner Bros. opted to move Wonder Woman 1984 to August, and then once again to October, where it currently remains. One thing is certain, however: Wonder Woman 1984 won’t be going straight to streaming, as both Warner Bros. and director Patty Jenkins are determined to give it a proper theatrical run.

As fans anxiously await Wonder Woman 1984, a new image has been released from the film (via Comic Book Movie) to help tide them over. In it, D.C. is in turmoil, and Diana is right in the thick of it. Exactly where she’s heading isn’t clear, but she’s running towards something. Check it out down below.

The first trailer for Wonder Woman 1984 teased several of the film’s biggest action pieces, from a brawl at the mall to Diana riding lightning with the help of her iconic lasso. Wonder Woman 1984 already has some big shoes to fill thanks to the extremely positive reception to the first film, but it’s safe to say that fans are optimistic it will live up to expectations. The only thing really standing in Wonder Woman 1984‘s way is its inability to hold onto a release date.

Most movie theaters are still trying to figure out their reopening plans, and if they aren’t ready for business by October, Warner Bros. might have no choice but to push Wonder Woman 1984 back yet again. However, there are a handful of major releases currently scheduled to arrive before Wonder Woman 1984, and their performances (or lack thereof) could help predict what will happen with Diana’s next adventure. Fans are certainly desperate to see what happens with her next, so hopefully it won’t suffer any further delays.

Lil Wayne Gifted New Birthday McLaren by Mack Maine, ‘C5’ News Too
Final Season of Schitt’s Creek Coming to Netflix in October
Rihanna Announces the Return of the Savage x Fenty Fashion Show
Why Yes, You *Do* Need Money Piece Highlights This Fall
We Ranked the Top 20 RuPaul’s Drag Race Queens: See Who Sashayed Their Way to No. 1