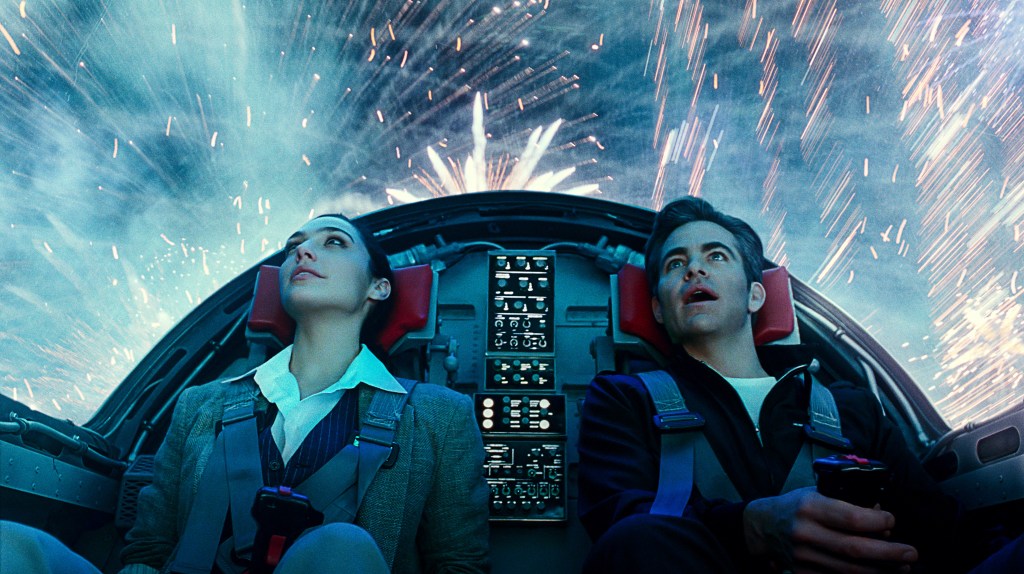 Typically, we’ve avoided weekend box office previews during the pandemic as there’s been nothing to pump up from a potential ticket sales outlook, however, Warner Bros.’ release of $200M tentpole sequel Wonder Woman 1984 merits a line, particularly with its unorthodox theatrical day and date HBO Max streaming plan on Christmas Day.

Don’t expect much is pretty much the domestic box office outlook, and that really has nothing to do with the HBO Max plan or the quality of the Patty Jenkins directed movie which delivers equally, if not greatly more, upon its 2017 first installment. Any lackluster box office results –and it will be compared to the first movie’s glamorous $103.2M domestic start– is attributed to the severely broken exhibition structure in the U.S./Canada due to COVID.

There are far fewer theaters open now than when Tenet was around: 40% of the 5,5K supply (around 2,300 theaters) compared to 65% at the end of August. Canada is essentially shut down with only 40 cinemas open in the Great White North. Warners has booked the Gal Gadot-Chris Pine feature in as many cinemas as possible –2,150+– (vs. 4,165 theaters when the first movie opened on June 2, 2017) which will spell according to industry estimates a 3-day in the $10M vicinity, give or take. Those few exhibition boosters WW1984 will have include 175 Imax auditoriums, 375 premium large format sites, and 90 drive-ins which includes 22 in California, and 11 in greater Los Angeles. Through the following Sunday, Jan. 3, the industry forecast for WW1984 is between $20M-$25M. But know that if the film fails to hit these figures, which would not be shocking, it’s only because no one is in the mood to go to the movies during COVID. The only region of the U.S. doing business is the South. In hindsight, looking back at when Tenet first opened, who knew we’d be in a worst-off situation?

Last weekend’s box office, led by Sony/Screen Gems non-starter Monster Hunter with $2.2M only delivered a $7.7M total industry weekend per Comscore, so anything — anything– that WW1984 can sprinkle down will be greatly savored by movie theaters. When Croods: A New Age played over Black Friday weekend, that translated into a $13.06M total B.O. weekend, and that was the beginning of exhibition’s ratcheting down during this latter part of the 2020 pandemic.

Already, WW1984 has paled in its initial overseas launch with $38.7M from 31 markets, with China unamused by the DC movie repping 48% of that total or $18.7M. The Rotten Tomatoes score has dropped from 89% on Dec. 16 to now 80% certified fresh, as opposed to the 2017 edition’s 93% certified fresh, however, in this environment, it’s COVID that’s the obstacle to ticket sales, not RT. WW1984 will go both in theaters and HBO Max for the first 31 days. It will remain exclusive to theaters from days 32 through 61 of its release before hitting a regular windows home entertainment downstream.

While we have analyzed extensively the severe damage that Warners-HBO Max 2021 plan will have on the domestic box office in the long run, it is hard to pin down how much of the B.O. HBO Max will steal from theaters in this instance with WW1984. How is that? Because a majority of the nation’s theaters aren’t open, including DMA drivers Los Angeles and New York and No. 2 chain Regal. In order to create a feature that can be seen by as many people as possible, Warners went with the theaters and HBO Max plan. As a one-off anomaly and exception, the rollout for WW1984 makes sense to many distribution and exhibition sources for the pandemic; it’s the entire 2021 release slate plan that’s apocalyptic in the long run, either for movie theaters, Warner Bros. or both. The notion is that even if WW1984 overperforms through the holidays, some of that may be due to the fact that the general populous isn’t fully aware that they can watch the movie for free (if they’re an HBO subscriber) on HBO Max, even though recent trailers, TV spots for the DC sequel have advertised that the movie can be seen in both formats — a big change from Warner Bros. end tagline in the DC Fandome trailer spot “Only in Theaters”.

Warners didn’t want to hold WW1984 any more after changing its release date several times. Initially the pic was set for Nov. 1, 2019, then pushed to June 5, 2020, before the pandemic upended that a few times with dates of Aug. 14, then Oct. 2 and finally Christmas day. WarnerMedia contends that they’re finally releasing WW1984 for the fans. However, Marvel fans so far have no problem waiting for the first Disney MCU movie post April 2019’s Avengers: Endgame, Black Widow, which is currently scheduled to arrive on May 7, 2021.

Wonder Woman 1984 will have to share the marquee at reduced capacity theaters with Universal’s Paul Greengrass directed Civil War story News of the World at 1,900 locations on Christmas Day weekend. Tom Hanks plays a Civil War veteran who agrees to deliver a girl, taken by the Kiowa people years ago, to her aunt and uncle, against her will. They travel hundreds of miles and face grave dangers as they search for a place that either can call home. Rotten Tomatoes is at 88%. The studio has awards season hopes for the movie. The pic should do, plus or minus, around $4M.

Uni’s sister label Focus Features has the crime drama Promising Young Woman which blasted off at Sundance, earning high praise for Carey Mulligan who plays against her good-girl type here as a woman who seeks out male prey, spurred by a tragic event in her past. The Emerald Fennell written and directed feature, which is 92% certified fresh, should do around $2M in its wide release. Both pics are part of Uni’s short window-PVOD share deal with exhibition.

Roadside Attractions has Matteo Garrone’s Pinocchio going in 750 locations which reps Oscar winner Roberto Benigni’s second go-round with the Carlo Colldi IP, this time as Geppetto. In his 2002 movie, which the Life is Beautiful star/director made, he played the title role. Pinocchio has already been released abroad with $20.4M to date, 84% of that coming from the pic’s Italian homeland (or $17.1M). Roadside had the YA drama Words on Bathroom Walls when theaters first reopened during the pandemic back in August, which debuted to $433K over Aug. 21-23 at 924 sites and ended its stateside run at $2.5M.

Javicia Leslie Talks Representation and Power on Season 2 of The CW’s Batwoman
Selena Gomez Calls Out YouTube for Spreading Misinformation
WandaVision Is Marvel’s First Real Mystery. We Ranked All the Theories About What Could Happen Next.
The ReWlettes To Release Highly Anticipated New Cover Video For “To Sir, with Love” On 1/23/21 To Benefit Feed The Children
Timely ‘MLK/FBI’ And Stranger-Than-Fiction ‘Assassins’ Documentaries Debut – Specialty Preview