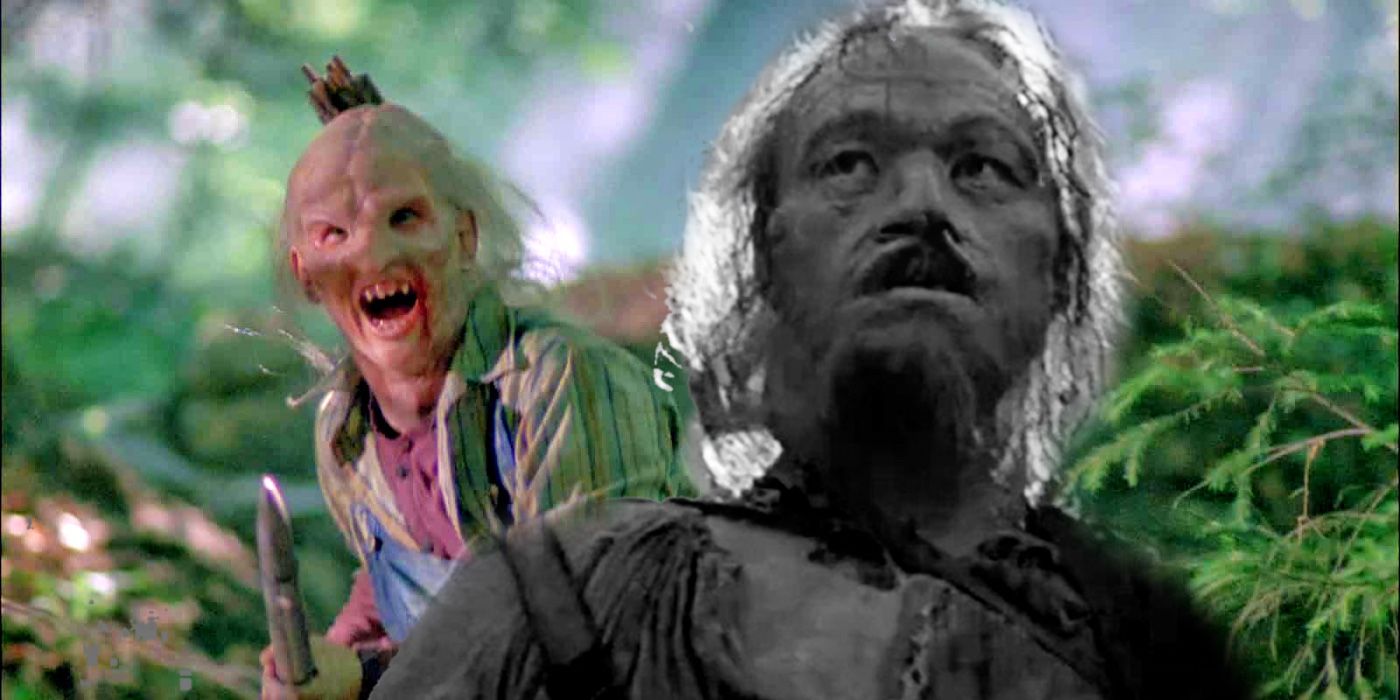 The Wrong Turn movies primarily focus on a family of inbred cannibals as the franchise’s primary antagonists, but since the timeline for all six films is somewhat tricky, it’s difficult to suss out how old the brothers are.

The first Wrong Turn movie was released theatrically in 2003. Eventually, it got a sequel—Wrong Turn 2: Dead End—in 2007. The sequel showed at a couple film festivals, but was primarily released direct to video. Every other movie after the original movie’s sequel went straight to video as well, and the franchise has developed a solid following throughout the years, despite significant time lapses between movies. Wrong Turn 6: Last Resort released in 2014. In 2018, a seventh Wrong Turn movie—subtitled The Foundation—was announced. Though much is uncertain regarding movie releases due to the ongoing COVID-19 pandemic, Wrong Turn 7 has been slated for a 2020 release. Likely, it will go direct to video like the other movies, but as of this writing, remains unknown.

Related: Wrong Turn Movies: Every Character Who Survived The Cannibals

Wrong Turn has always been marked by high body counts, excessive violence, and as the franchise wore on, more graphic sexual content. While the victims from each movie are essentially expendable, as very few people actually survive in Wrong Turn movies, the more interesting elements stem from the continued story of the cannibal family who hunt and kill the unlucky travels who inevitably end up stranded somewhere in the West Virginia wilderness to become the brothers’ prey. Three Finger is the main antagonist, and the only one of the cannibals to appear in all six movies. However, he is most often flanked by his brothers Saw Tooth and One Eye. Though they both got killed in Wrong Turn (2003), future installments went back in the timeline to the origin story—this is how one can determine the brothers’ ages throughout the franchise.

How Old The Cannibal Brothers Are In The Wrong Turn Movies

Wrong Turn 4: Bloody Beginnings serves as a prequel to the other movies. The following film, Wrong Turn 5: Bloodlines, was meant to follow it directly and lead into the original Wrong Turn movie. After that, Wrong Turn 2 and Wrong Turn 3 were chronological, and Wrong Turn 6 was disconnected from the original movie timeline and canon, only taking Three Finger’s character to keep the cannibals’ legacy alive, though it introduced a different cannibal family, of sorts, and focused around Danny, who realized the cannibals were his long-lost family.

As the next Wrong Turn movie seems to be a reboot, it’s entirely possible none of the original cannibal family will return, but for movies that don’t rely as much on story as they do on bloodshed, those involved with the first six movies took the time and effort to create somewhat of a cohesive history and timeline.

Next: Wrong Turn 7 Theory: The Foundation Will Introduce A New Cannibal Family

Mulan On Disney+ For $30 Is To KEEP Forever, Not Rent
Related Topics

Jack Wilhelmi is the horror features editor at Screen Rant, and has been with the site since 2019. He is a lifelong fan of the horror genre, and loves any excuse to discuss genre-related topics, since none of his friends dare challenge him in horror trivia. He has been published on the independent horror blog Morbidly Beautiful, and has covered major genre film festivals such as Cinepocalypse in Chicago. He has also served as a judge for the Ax Wound Film Festival.

In his free time, he is a devoted dog dad to a high-spirited rescue pup named Peter Quill and enjoys volunteering with various animal rescue organizations. Jack likes to travel and explore dark tourism-related and other various haunted locations. He enjoys studying psychology, the paranormal, and will watch literally any schlocky B-movie on the planet for a laugh.