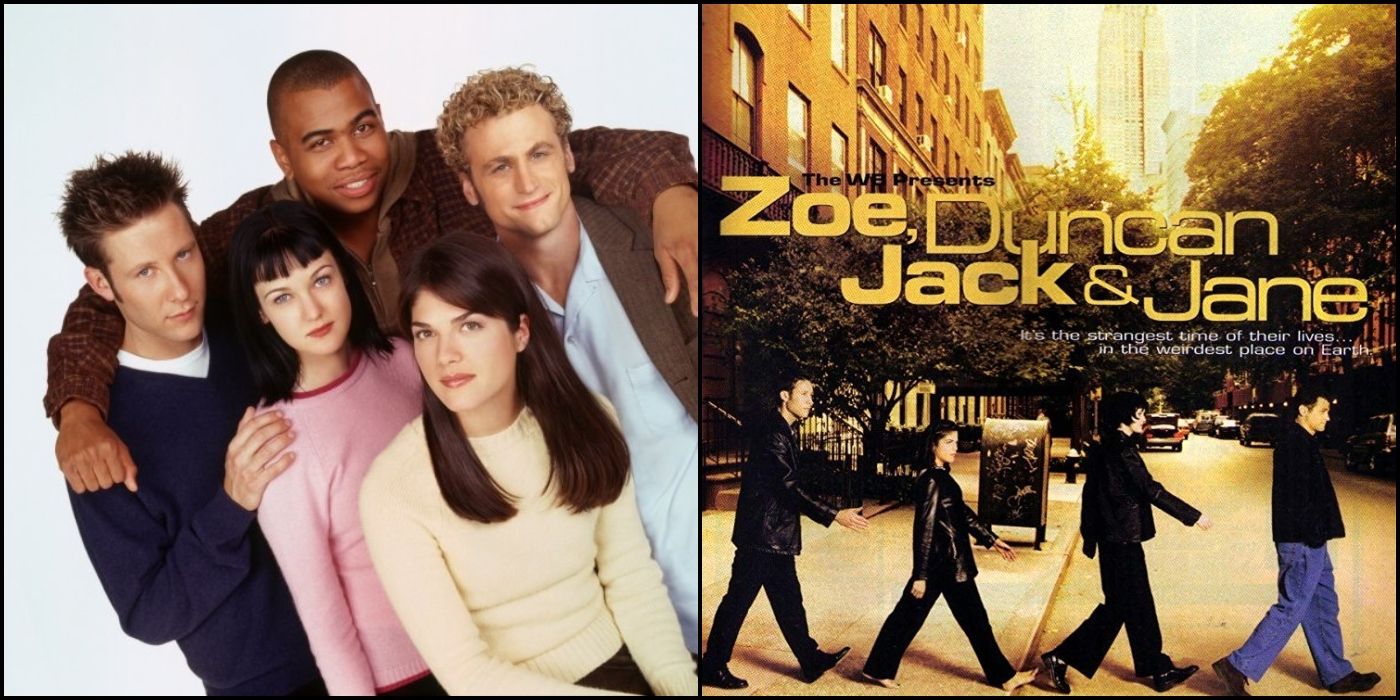 Zoe, Duncan, Jack And Jane is a sitcom that tried to be a teen version of Seinfeld but didn’t quite pull it off. Seinfeld was co-created by Larry David (Curb Your Enthusiasm) and comedian Jerry Seinfeld and debuted on NBC in 1989. Seinfeld played a fictionalized version of himself and the “show about nothing” followed him and his strange group of friends. The series would be acclaimed for its comedy writing and performances and is considered one of the greatest sitcoms of all time.

The late 1990s were defined by several shows, including Friends, Buffy The Vampire Slayer and Dawson’s Creek. The latter two were both produced by The WB and featured hip, cool teenage characters spouting quotable dialogue. The network tried to reach this youth demographic once again with sitcom Zoe, Duncan, Jack And Jane, which followed four high school friends in New York. The show began life as Zoe Bean but was later retitled to emphasize the ensemble cast – with character traits that were pretty close to Seinfeld.

Related: Is Curb Your Enthusiasm On Netflix?

The first season of Zoe, Duncan, Jack And Jane followed the titular friends, with Zoe (Selma Blair, Hellboy) being the shy but intelligent lead. Duncan (David Moscow) is an insecure nerd, Jack (Michael Rosenbaum) is a handsome, super confident jock and his twin Jane (Azura Skye) is basically the spacey Phoebe of the group. Given the talent of the young cast involved its no surprise everybody is pretty good, even if the material itself feels warmed over. The show never really found its groove, and the Seinfeld influence saw the characters act way too self-aware to convincingly pass as teens.

On a side note, Jack was originally played by Jeremy Renner (Avengers: Endgame) in the pilot but was replaced by Michael Rosenbaum for the show. Mixed reviews for season 1 led to changes for Zoe, Duncan, Jack And Jane in the second season – beginning with the title. The show was redubbed Zoe…, in much the same way Two Guys, A Girl And A Pizza Place was eventually shorted to Two Guys And A Girl. The action was also moved to college and a new cast member played by Omar Gooding was added, but despite these tweaks, it was canceled following its second season.

Zoe, Duncan, Jack And Jane featured a solid ensemble cast but it had trouble finding the right tone. It also proved trying to make a teen sitcom inspired by Seinfeld probably wasn’t the right call. Still, most of the cast and crew have moved on to better things and the show is fondly recalled by those who watched it when it first aired

Next: Why Smallville’s Michael Rosenbaum Is Still The Best Lex Luthor