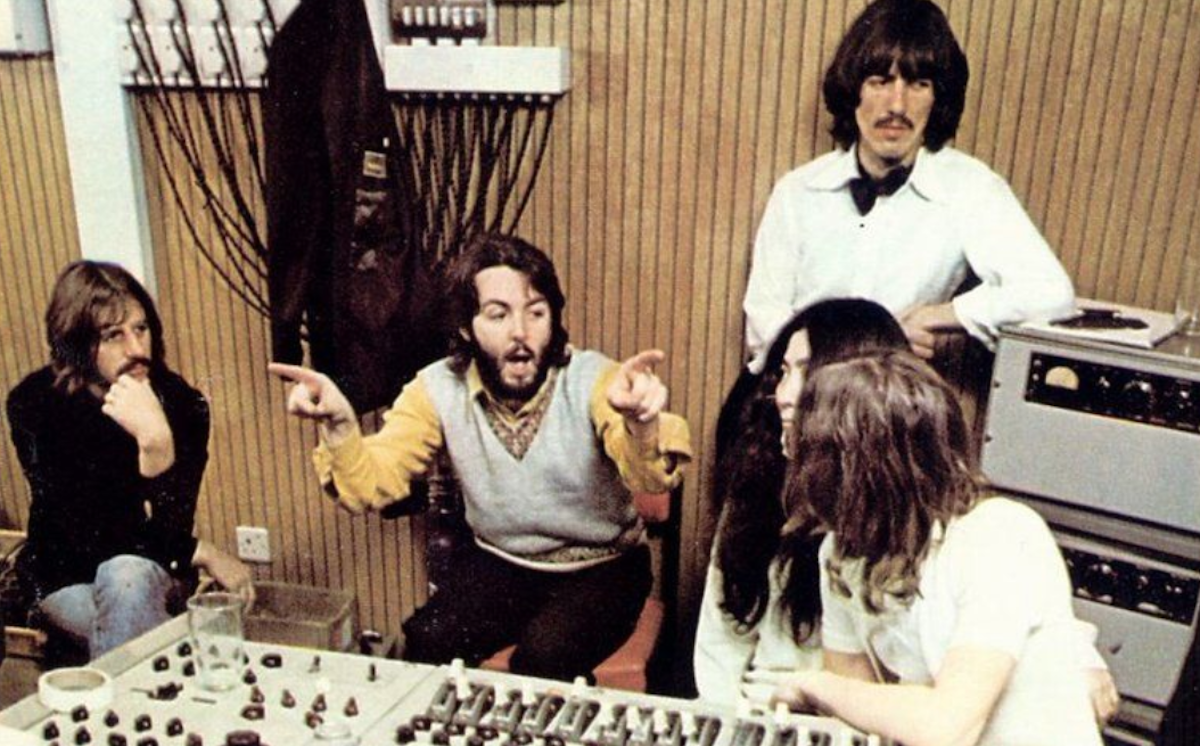 Gimme a Reason takes classic albums celebrating major anniversaries and breaks down song by song the reasons we still love them so many years later. This week, we celebrate 50 years of The Beatles’ Let It Be.

It’s become an iconic scene: The Beatles carrying out their last-ever live performance on the roof of Apple Corps, joined by keyboardist and general legend Billy Preston, their long hair flipping around in the London wind while they recorded live takes of songs like “Dig a Pony” and “Don’t Let Me Down” before eventually being shut down by the Metropolitan Police.

The event was unannounced. Onlookers gathered on their lunch breaks, looking up at the midday sensation. This was the concert from which the final version of the Let It Be album would in part manifest, preserving takes of three of its songs.

The Beatles offered the world a wide range of emotional experiences, both in their music and in the surrounding stories of their lives, which is why, when thinking about their dissolution, it can be easy to have a selective memory. There were many reasons for The Beatles breaking up. Most of these fed into the division and animosity the group was facing while recording Let It Be — animosity immortalized in the documentary of the same name, which shows only some of the friction that characterized their sessions at Twickenham.

It’s a disheartening thing to witness in a band known so markedly in their early days for their camaraderie and sense of collaboration. For all their differences, they were a band who experienced a level of popularity that at that point in time was unprecedented, and only each of them knew what that was like for the others — and this kind of friendship, marketed and romanticized in the eyes of the public, is the kind that same public hates to see come up against obstacles. Especially when some of those obstacles are the same interpersonal dynamics that worked well before, exacerbated now by personal tragedies, disagreements, business disputes, and good old-fashioned frustration.

But in spite of all of this — or maybe not in spite of it, maybe through it — they managed to put together a solid album that still creates a memorable effect today. Let It Be was recorded mostly prior to Abbey Road, albeit just barely, but it was released afterward, which means much of the world views it as their last official album.

Let It Be captures the essence of a specific Beatles dynamic that was not sustainable for much longer — a precipice in time that they knew they were about to step off of. A band whose legacy is built on their enthusiasm for change and evolution, The Beatles explored a new style and progression in every album they put out, from the old-fashioned rock ‘n’ roll of Please Please Me to the folk-inspired Rubber Soul to the pop-rock experimentation and burgeoning psychedelia in Revolver to the colorful conceptualism of Sgt. Pepper’s Lonely Hearts Club Band.

In Let It Be — the “stripped-back” one, the “return-to-their-roots” one — all of the members knew the band wasn’t long for the world. Ringo Starr had already walked out and later returned during the White Album sessions (welcomed back by George Harrison with a drum set covered in flowers); Harrison would do the same during the sessions for Let It Be. Later, they would pull things together one last time for the smoother Abbey Road sessions, but the bitterness and understated production style of Let It Be — they knew these weren’t things they were coming back to, at least not as a group.

But for this one album, they came together in a way that was fun, mournful, and even healing to a certain degree for the listener. Let’s take a look at some of the ways it happened.