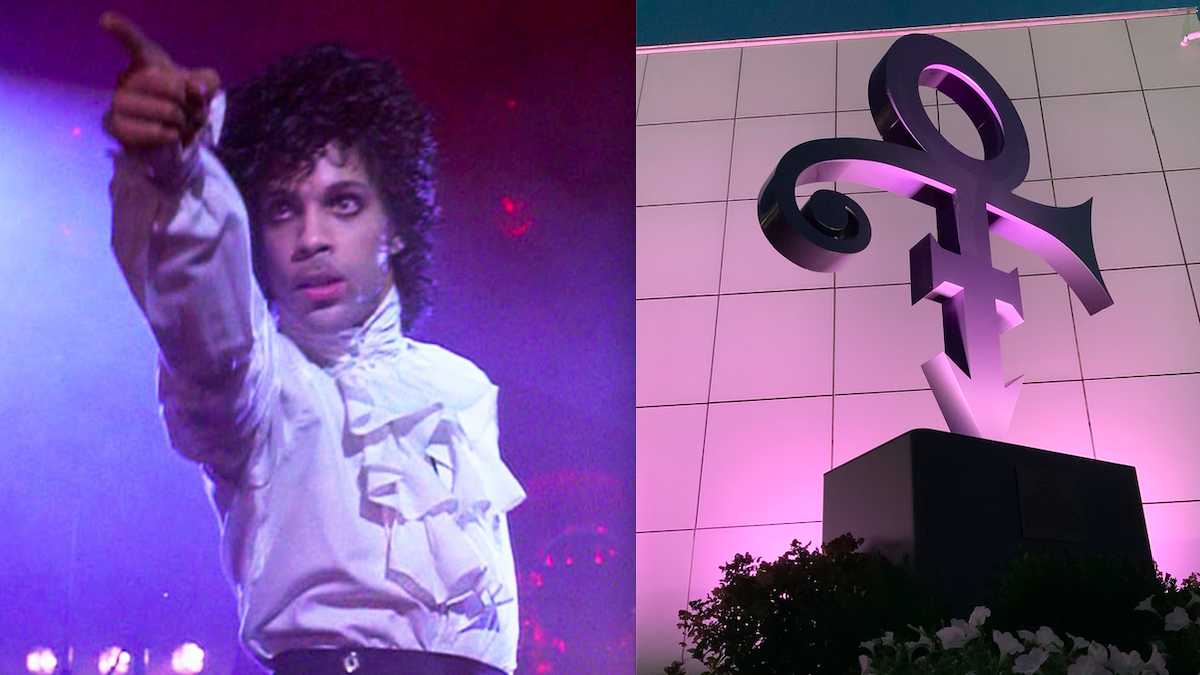 While the world is tearing down monuments of problematic historical figures, the grooviest statue in music has just been erected. Prince’s iconic Love Symbol now stands proudly at Paisley Park in Chanhassen, Minnesota, home of the late singer’s studio and estate.

A tribute to the late funk legend, the Love Symbol statue is 11 feet tall and 6 feet wide, and is decked out in Prince’s signature purple hue, as fans would expect. It’s positioned at the entrance to Paisley Park, where fans can take photos and pay their respects for free before paying admission to the compound. A plaque at the base of the statue features lyrics from the 1985 song “Paisley Park” and reads: “For love is the color/ This place imparts (Paisley Park)/ Admission is easy, just say you/ Believe and come to this/ Place in your heart/ Paisley Park is in your heart.”

“The installation of the Love Symbol is another exciting moment for us at Paisley Park in our continuing efforts to celebrate Prince’s legacy,” said Alan Seiffert, Paisley Park’s Executive Director, in a statement. “With the challenges that our world is currently facing,” he continued, noting the current reckoning of public statues, “we are happy to share a piece that showcases this expression of creativity and freedom.

Prince debuted the Love Symbol, a visual portmanteau between the traditional male and female symbols, in 1992 with the album of the same name. He famously changed his legal name to the symbol in 1993 during contract disputes with Warner Bros. Records, and became known as The Artist Formerly Known as Prince. He changed his name back in 2000 once the record contract expired, but many fans still regard the symbol as the true essence of Prince.

Check out photos of the monument below. Some fans of the The High Priest of Pop are hoping even more statues are to come: a petition was recently launched to replace a monument of Christopher Columbus standing on the grounds of Minnesota’s state capitol with one of Prince.

In related news, a massive reissue of Prince’s 1987 tour de force, Sign O’ the Times, is due out September 25th. The expanded collection boasts 63 unreleased tracks, as well as a previously unseen concert film recorded at Paisley Park on New Year’s Eve that same year.