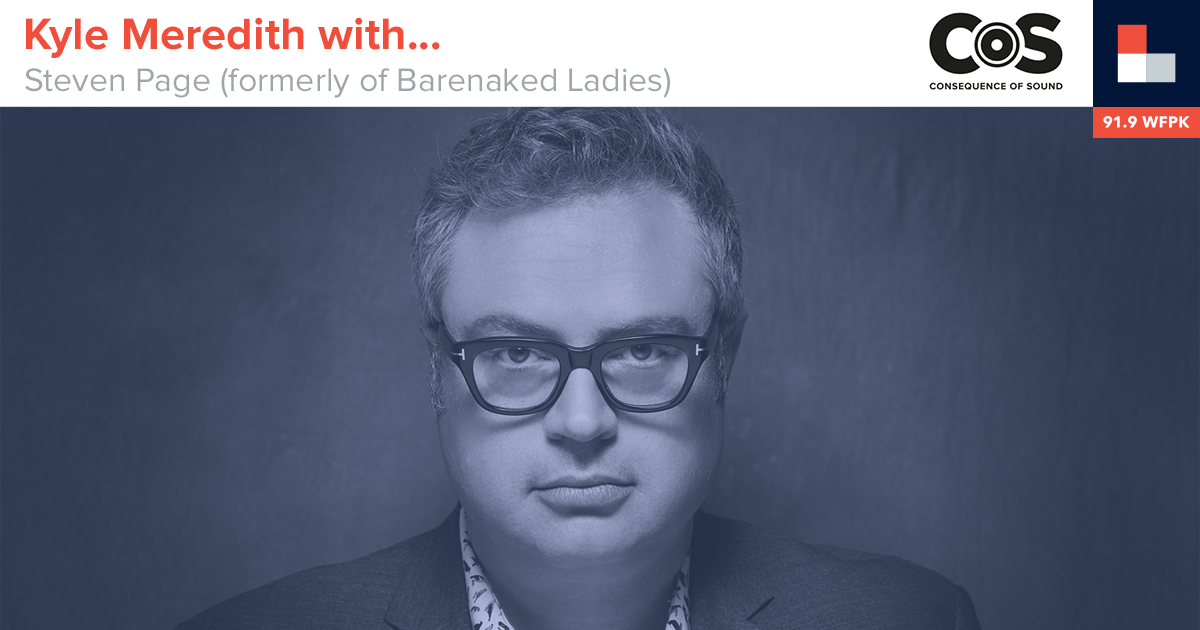 Barenaked Ladies singer-songwriter Steven Page gives Kyle Meredith a call to discuss his new single “Isolation”, in addition to Here’s What it Takes, the musical he’s been working on for the past seven years that was about to open right before the global pandemic. He also dives into his history of theatrical writing, recently teaming up with Broadway stars for an online collaboration, and performing a show with his own son. Page also talks about the success of his home shows over Zoom, and says he has an album’s worth of songs that could hopefully see the light of day sooner than later.

Kyle Meredith With… is an interview series in which WFPK’s Kyle Meredith speaks to a wide breadth of musicians. Every Monday, Wednesday, and Friday, Meredith digs deep into the artist’s work to find out how the music is made and where their journey is going, from legendary artists like Robert Plant, Paul McCartney, U2 and Bryan Ferry, to the newer class of The National, St. Vincent, Arctic Monkeys, Haim, and Father John Misty.