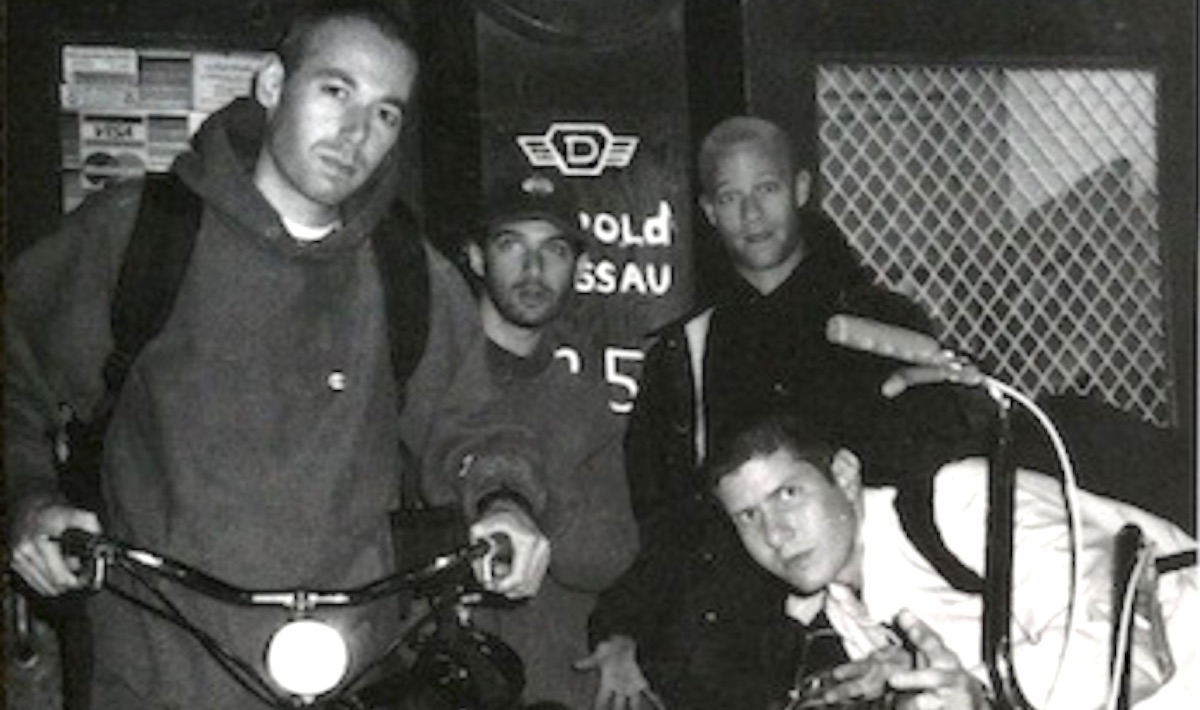 On the heels of announcing their greatest hits album, Beastie Boys have quietly uploaded their ’90s hardcore release Aglio E Olio EP to streaming services today. Stream it below via Apple Music and Spotify.

Aglio E Olio EP originally came out in 1995 via Grand Royal. Beastie Boys had just come off a string of excellent hip-hop albums, the most recent of which at the time was 1994’s varied Ill Communication, and realized they had written too many punk and hardcore songs for their next full-length. Instead of dumping the material onto Hello Nasty, which wouldn’t be released until 1998, they decided to release all of the tracks together as an EP.

At the time, Mike D said they chose the title — Aglio e Olio is a popular Italian dish comprised of spaghetti, garlic, and oil — so that fans would immediately know it was a simple, no-frills EP. “It’s like the most common dish in Italy!” he said. “Low budget! You could make that meal for yourself at home for probably like, a whopping 98 cents! But just to let the kids know it’s eight songs, but only ten minutes. It’s important to let the people know.”

A special version of Aglio E Olio EP includes two bonus tracks: “Soba Violence” and a cover of “Light My Fire” by The Doors. Unfortunately, the version on streaming services does not include these. Check out the full tracklist and artwork after the jump.

Earlier this year, Beastie Boys earned an Emmy nomination for the Beastie Boys Story documentary directed by Spike Jonze, got a new glossy photo book, reunited with their longtime pal Rick Rubin, and even got their own SiriusXM channel.

New Book “The Science of Stephen King” being released on October 6TH
TIME’S UP – A FEATURE HORROR FILM BY L.C. HOLT with an epic cast.
‘Cheer’ Star Jerry Harris Under FBI Probe, Allegedly Solicited Minors for Sex
Everything We Know About the Upcoming Gossip Girl Reboot
The 10 Best Covers of Neil Young’s After the Gold Rush