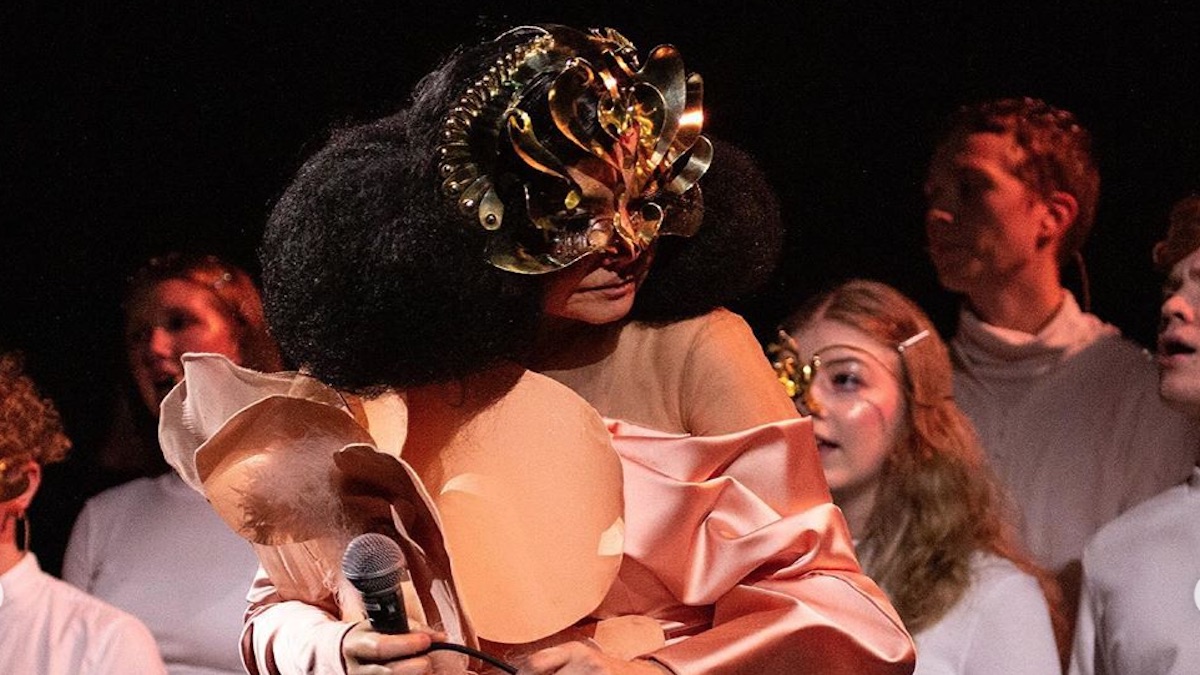 With coronavirus cases slowly rising in Iceland, Björk was recently forced to delay her highly anticipated live concert series. Thankfully, the pandemic hasn’t stopped her from releasing new music. Today, Björk is sharing a new version of “Cosmogony”, created in collaboration with the Icelandic Hamrahlid Choir.

“Cosmogony” originally appeared on Björk’s Biophilia album from 2011. However, this alternate a cappella rendition was conceived more recently during Björk’s “Cornucopia Tour” with the Hamrahlid Choir last year. The two acts actually share a history that dates back decades; Björk was a member of the group as a teenager, long before she brought them onstage during her live performances and featured them on albums like 2017’s immersive Utopia.

“i was myself in this choir when i was 16 and i think every single icelandic musician you have ever heard of was brought up and musically baptised by [Hamrahlid Choir founder Þorgerður Ingólfsdóttir],” Björk explained on social media. “þorgerður is a legend in iceland and has guarded optimism and the light in the tumultuous times that teenagedom is . she has also encouraged and commissioned dozens of choir music from all of icelands most prominant composers for half a century or so.”

According to a press release about “Cosmogony”, the lyrics explore the origin of matter and astrophysical systems. To emphasize those themes in a fresh way, the new choral harmonies that swell throughout are intended to mirror the miracle of intelligent life emerging from organic compounds.

Stream it below and look out for the song when it appears on the Hamrahlid Choir’s new album, Come and Be Joyful, due out December 4th via One Little Independent Records (f.k.a. One Little Indian). The record will also see Björk contribute a new version of her Medúlla composition “Sonnets”.

Live shows may not be on the docket for the foreseeable future, but you can see Björk on screen when she makes her cinematic return in Robert Eggers’ The Northman. If you would rather hear her singing instead of acting, then consider swinging by her Bandcamp page where she recently made her entire discography available.