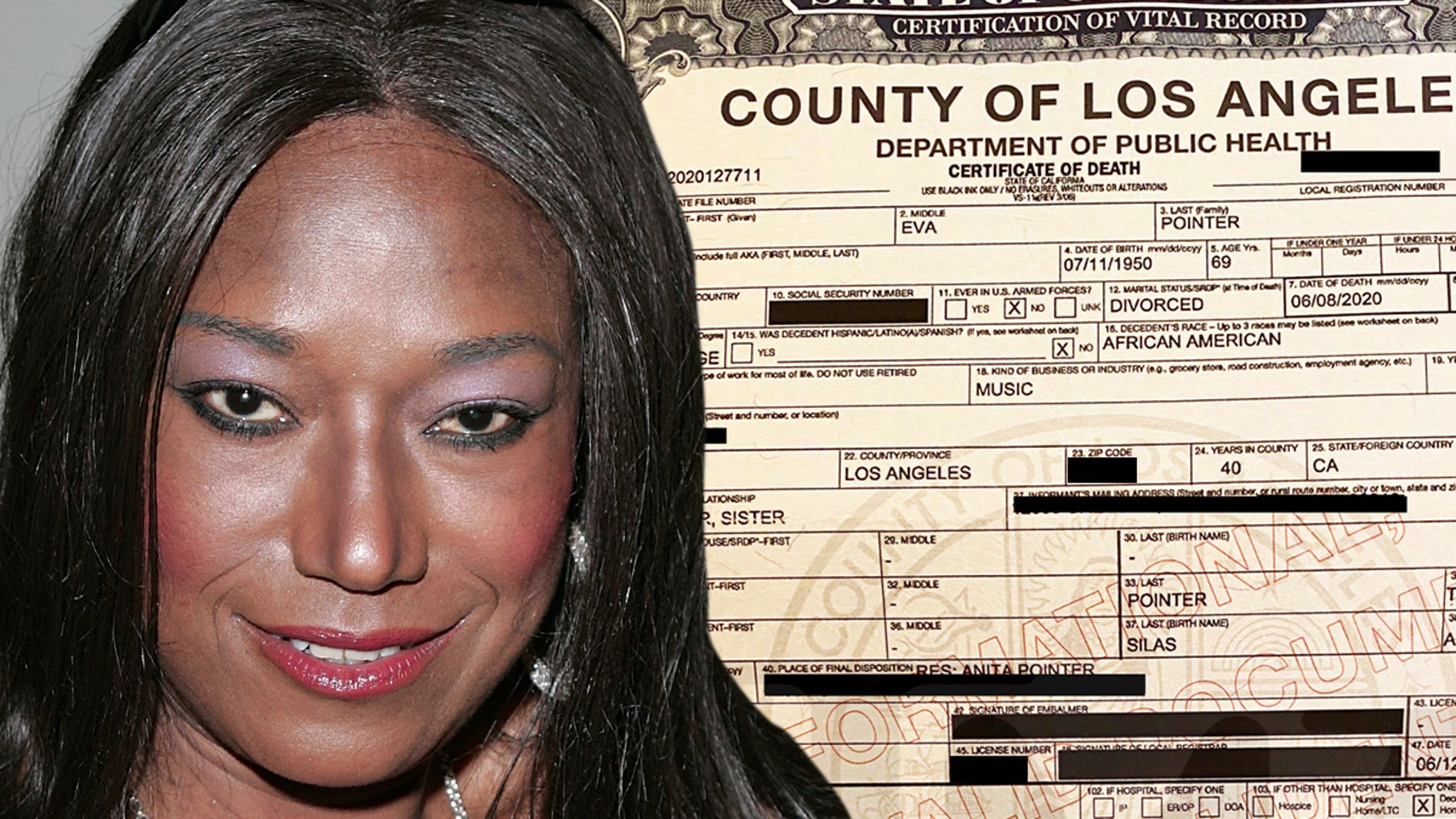 Bonnie Pointer of The Pointer Sisters died after going into cardiac arrest … TMZ has learned.

The Grammy-winning Motown artist’s cause of death is listed as cardiopulmonary arrest … this according to her death certificate obtained by TMZ. Bonnie — real name Patricia Eva Pointer — died on June 8 at 3:37 AM. The doc lists her as divorced, and an entertainer in the music industry for 50 years.

According to the doc … there were other underlying issues she’d been battling for about a decade, including liver disease.

TMZ broke the story … Bonnie, one of the OGs of the wildly popular group of sisters in the ’70s, died earlier this month. Her sister, Anita, told us, “It is with great sadness that I have to announce to the fans of The Pointer Sisters that my sister, Bonnie died this morning. Our family is devastated, on behalf of my siblings and I and the entire Pointer family, we ask for your prayers at this time.”

Bonnie’s best known for her cover of “Heaven Must Have Sent You,” which peaked at No. 11 on the Billboard’s Hot 100 chart. She earned a Grammy for Best Vocal by a Duo or Group in the country category for their hit, “Fairytale.”

Kylie Jenner Admits to Feeling “Sad” About Having to Hide Her “True Personality”
What Is ‘The Lung’? Everything To Know About the Mysterious Disease From Haunting of Bly Manor
Kanye West Prefers the Star Wars Prequels to the Sequels
Kathy Hilton Joins ‘The Real Housewives of Beverly Hills’
Khruangbin Announce Late Night Tales Compilation, Cover Kool & The Gang: Stream