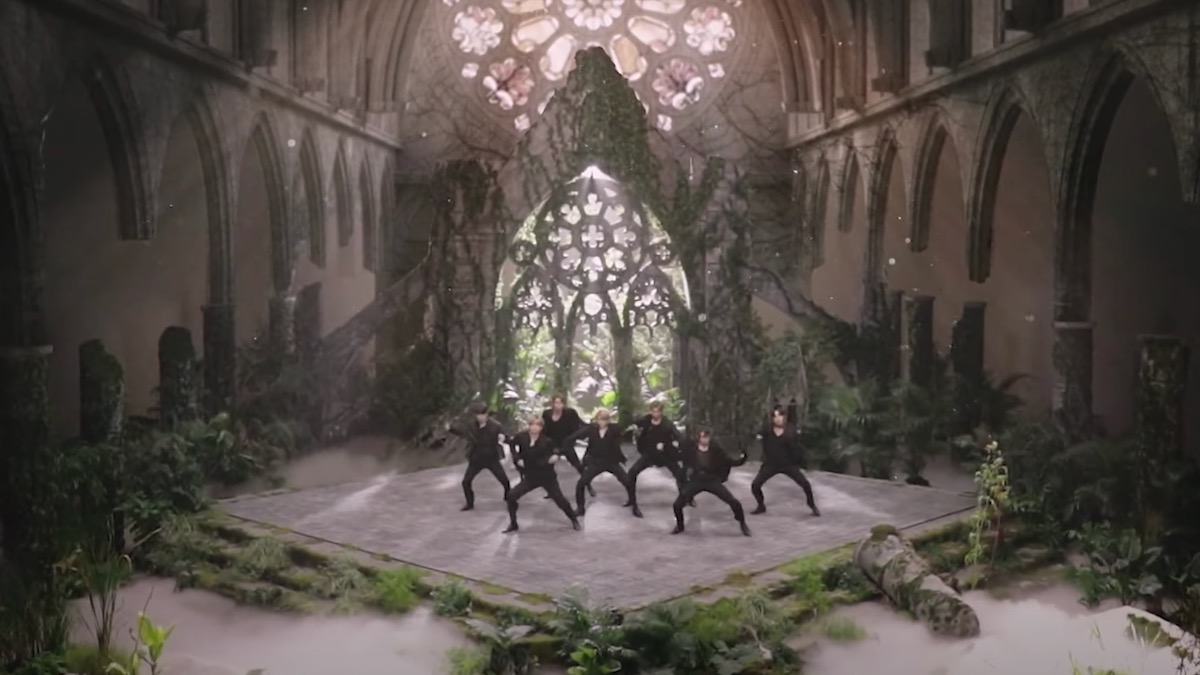 On Wednesday night, BTS continued their weeklong residency on The Tonight Show Starring Jimmy Fallon. This time, the beloved Bangtan Boys served as the episode’s lead guest, as they participated in a dance competition and sat down for an interview with Fallon, in addition to performing their song “Black Swan”.

Night one of their residency saw the K-pop boyband deliver “Dynamite” in front of the Gyeongbokgung Palace in Seoul, South Korea, while Tuesday’s “Home” performance was built around a cozy sleepover theme. As for Wednesday night’s performance of “Black Swan”, the boys took BTS Army to church as they set danced amid the shrubbery of a dilapidated cathedral.

Earlier in the episode, Jin, Suga, J-Hope, RM, Jimin, V and Jungkook faced off against Fallon in a competition called “Dance Your Feelings”. In the interview portion, the septet reminisced about high school, shared their reactions to “Dynamite” going No. 1, and expressed their desire to win a Grammy next year.

Catch the videos below.

“BTS Week” continues Thursday, October 1st, and if there’s one thing we know about the K-pop megastars, it’s that they always have more surprises up their sleeves. This late-night takeover comes on the heels of BTS becoming the first all-South Korean group to ever top the Billboard Hot 100 chart. It’s also in anticipation of their new album, BE.

In recent months, the seven-piece outfit has also performed on NPR’s Tiny Desk, MTV’s VMAs, and The Today Show.

Since they were on the show 2 years ago, @BTS_twt has presented and performed at the #GRAMMYs… 💜

“I have a feeling this year, you’re going to be nominated!” #BTSWEEK pic.twitter.com/Dm0OariyYg