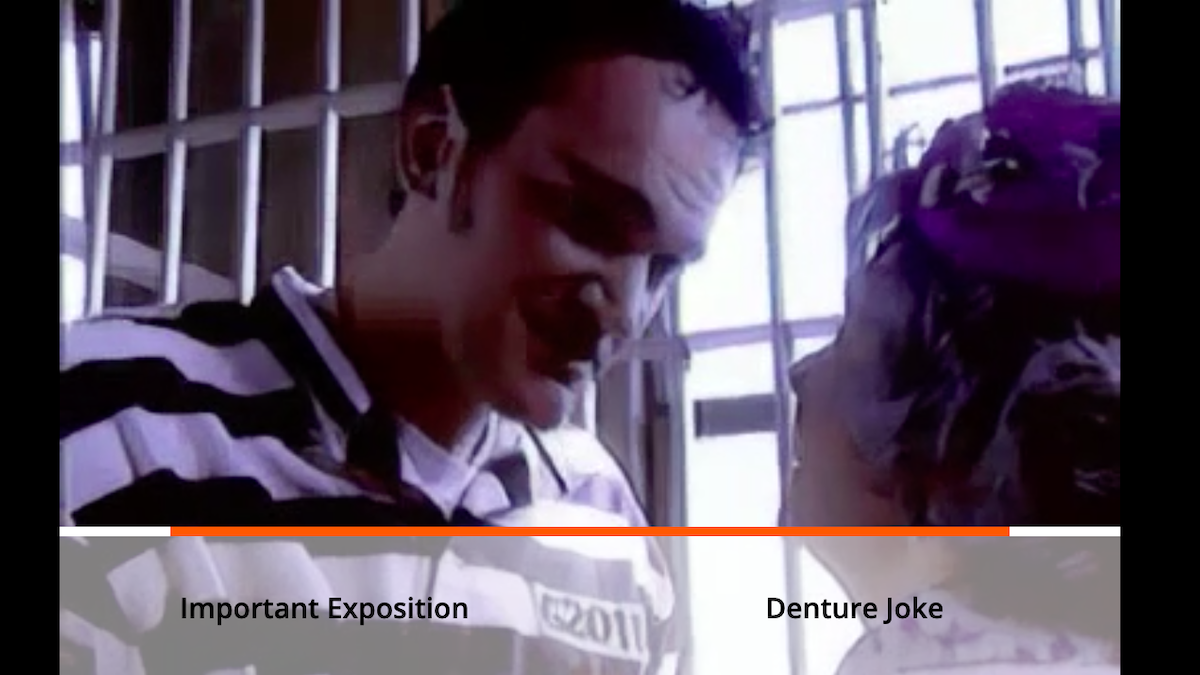 Game designer Paolo Pedercini has resurrected the much-maligned 1996 PC game Steven Spielberg’s Director’s Chair. Now called Director’s Choices, the experience has been streamlined into what Percini calls “a Bandersnatch-style Choose Your Own Movie.”

Director’s Chair came as Spielberg reached the loftiest heights of his esteemed career. In 1993, after directing the twin classics Jurassic Park and Schindler’s List, Spielberg took a break from filmmaking to invest in the growing art of video games. His labors bore fruit in 1996, when he helped produce new releases Someone’s in the Kitchen!, Goosebumps: Escape from HorrorLand, The Neverhood, and perhaps most intriguingly, Steven Spielberg’s Director’s Chair. This latter project had Spielberg himself walk gamers through the making a new movie, controlling characters played by Quentin Tarantino, Jennifer Aniston, and magician-comedians Penn & Teller.

Critics agree: the game sucked. In it’s 2.5/5 star-review, Computer Gaming World said it “tries too hard to be accessible, telling you where to go, what to do, and when to do it. When it could challenge you with tough decisions, it irritates you instead.”

Pedercini concurred. An experimental game maker and professor at Carnegie Mellon University, Pedercini argues that while Director’s Chair “was meant to inspire a new generation of directors,” instead it “tried to be a bit too realistic when simulating all the logistical challenges of movie production and left very little room for creativity. The player had very limited agency when writing and shooting the film.” In other words, you had to make a lot of very dull decisions, with the actual exercises in creativity being few and far between.

Pedercini has now set out to correct this. “Buried in the CD-ROM there was enough footage to make a Bandersnatch-style Choose Your Own Movie,” explains Pedercini in a Twitter thread detailing his ambitious project. However, “the footage was totally raw, I had to edit all the clips, add sounds and music. I also upscaled the ultra low res videos with an AI-tool.”

Ultimately, Pedercini describes the Herculean task as a “very stupid project,” which he doesn’t “recommend.” But the result is Director’s Choices, a full motion video game in which all of the filmmaking choices are laid out end-to-end, without any of the budgeting concerns, actors refusing to show up for work, and other backstage tedium. A baby-faced Quentin Tarantino stars as an innocent man on death row, and players can direct his responses. Would you prefer a take that’s “serious” or “manic”? Click, and the decision is made. Script and editing choices are enacted on the fly, as when users must decide between “Important Exposition” and an off-subject “Denture Joke”.

It’s decidedly silly, and viewers may come to the conclusion that Tarantino’s character deserves to be in jail, since he spends every scene mugging. It’s also an astounding relic from an earlier time when both films and video games seemed destined to turn out differently. You can play the game for yourself now.

Tarantino has certainly come up in the world since then, especially with the 2019 release of his instant classic Once Upon a Time in Hollywood. Currently he’s pondering a Bounty Law TV series, as well as a Star Trek idea set among 1930s gangsters.

Despite not having a new movie out, Spielberg has been dominating the pandemic-era box office with old films Jurassic Park and Jaws. His next project, a remake of West Side Story, is tentatively scheduled for December of 2020.

An interactive movie made with bootlegged footage from a terrible ’90s CD-ROM.

…unfortunately it tried to be a bit too realistic when simulating all the logistical challenges of movie production and left very little room for creativity.
The player had very limited agency when writing and shooting the film.

By the way the footage was totally raw, I had to edit all the clips, add sounds and music. I also upscaled the ultra low res videos with an AI-tool.
Very stupid project, I don’t recommend. pic.twitter.com/Faume3OCE1