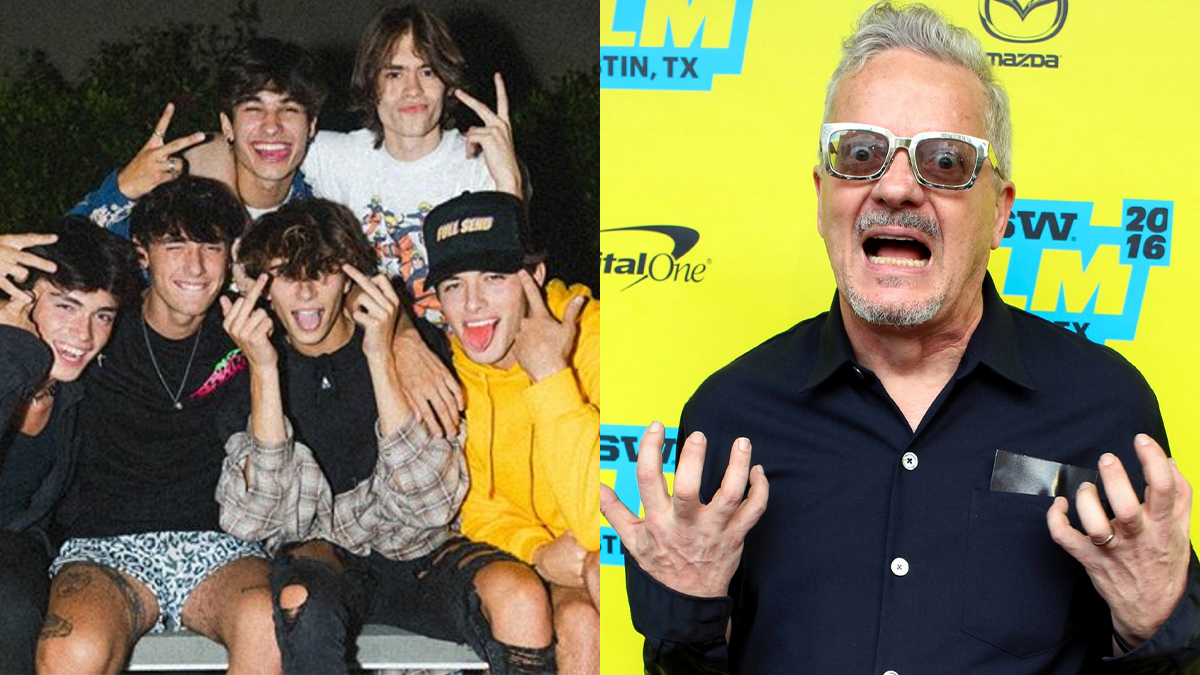 Buried in a story about how obnoxious young social media stars can be (surprise!) is a report that Devo frontman Mark Mothersbaugh apparently had a severe bout with COVID-19.

Mothersbaugh’s wife, Anita, revealed the news to The Daily Mail, saying her 70-year-old husband came “close to death” while in the ICU in June. “This virus is no joke, I’ve experienced it first-hand,” she told the tabloid paper. “There was a week where my daughters thought he would die.” All this despite Devo having their own line of energy dome face shields.

So why is this coming out now? Because rich youths are inconsiderate, privileged, jagoffs, that’s why. The Daily Mail’s story was actually about how Los Angeles Mayor Eric Garcetti shut off power to a house being rented by 21-year-old TikTok star Bryce Hall. The property had been the site of numerous raucous house parties ahead of his big 21st bday bash, despite LA health orders against large gatherings issued in response to rising COVID-19 numbers.

Hall and his crew, including 19-year-olds Noah Beck and Blake Gray, have rented the $50,000-a-month Hollywood Hills mansion they’ve dubbed the “Sway House” since the beginning of August. Neighbors have reported incessant partying at the residence and two other nearby homes. One resident, identified only as Catherine, said, “There’s damage to property and cars. I’ve seen someone taking a sh*t on the street opposite my home, people having sex in cars. All of a sudden it just feels like the wild west.”

Police had responded to at least two noise complaints at Sway House, at one point even reportedly sending a SWAT team to break up a party. When Hall and his crew refused to heed warnings, Garcetti followed through on his promise to cut off utilities to properties that repeatedly ignore coronavirus health orders. Garcetti announced Wednesday that the notorious party house was now without power or water.

“It makes me crazy, the sheer inconsideration,” Anita Mothersbaugh added. “It goes on all day long. There are people in the pool screaming, they’re blasting music and there are cars parked all down the street. They don’t seem to care about public health.”

While Hall has posted clips saying his crew got tested for COVID-19 before and after the party (funny how the wealthy have access to 24-hour tests but it took me three weeks to get results, huh?), the videos of his raucous disregard for public health ordinances don’t come off as endearing. In fact, YouTuber Def Noodles, who reports and comments on social media influencers, has been following the Sway House drama for weeks. In addition to documenting Hall’s Texas drug arrest from May and a reported $30,000 citation for parties in LA, he claims to have “2 big stories with serious allegations” ready to break. Check out some of Def Noodles’ videos and reporting below.

3. Los Angeles and Federal Authorities reportedly looking into Federal Felony charges for bioterrorism against multiple members of Sway House as well as their management—TalentX and staffers associated with these members.

5. LA Mayor’s office has been in close contact with Texas DA in Lee County, where Bryce Hall and Jaden Hossler were arrested on drug-related charges. They are actively looking at revoking Bryce and Jaden’s bail, and arresting and extraditing them to Texas. https://t.co/PRNh7FFfz4