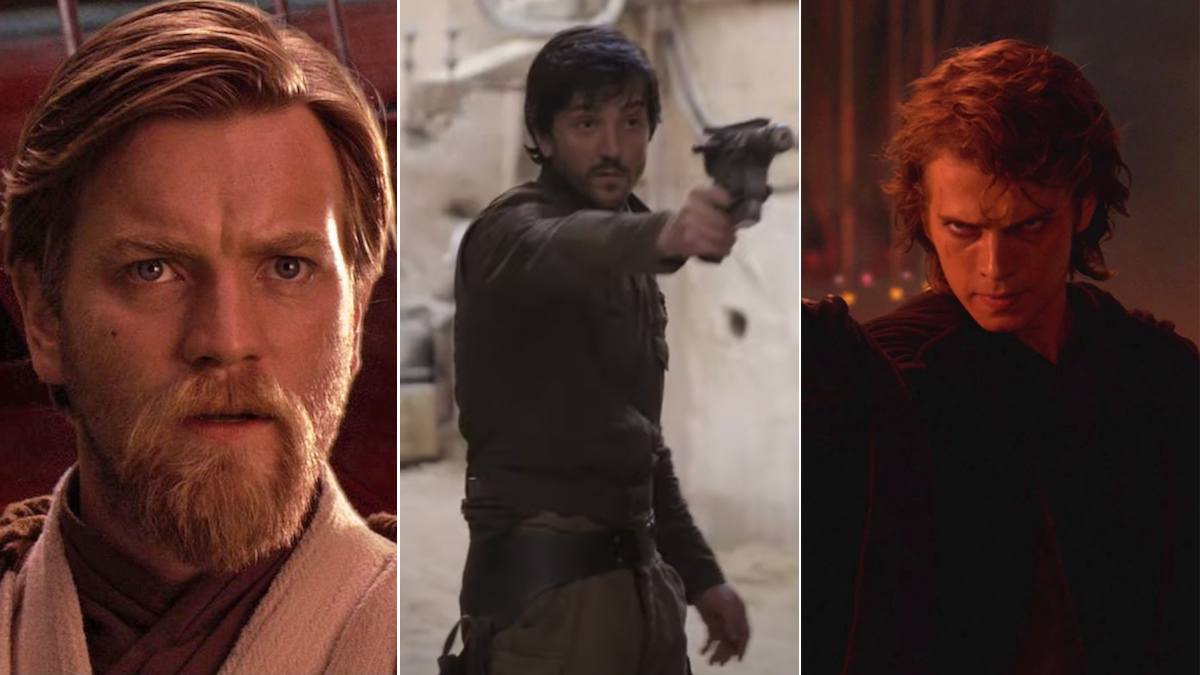 During their annual investor’s meeting on Thursday, Disney promised 10 new Disney+ series set in the Star Wars universe. In addition to the Mandalorian spin-offs Ahsoka and The Rangers of the New Republic, Lucasfilm revealed early details on a handful of other shows.

Perhaps most excitingly, it was confirmed that Hayden Christensen would be returning for the Obi-Wan Kenobi limited series starring Ewan McGregor. With the series taking 10 years after the end of Star Wars: Revenge of the Sith, Christensen won’t just be portrayed Anakin Skywalker — he’ll be full-on Darth Vader.

Next there was the long-developing Rogue One prequel focused on Diego Luna’s Cassian Andor. Officially entitled Andor, a sizzle reel preview of the series was debuted during the livestreamed meeting. Check that out below.

Two other shows were teased without much information besides a showrunner. Lando, focused on the beloved rapscallion Lando Calrissian, is being developed by Dear White People writer-director-co-producer Justin Simien. Whether the series will be live-action starring either Donald Glover or Billy Dee Wiliams or an animated tale wasn’t made expressly clear.

Also revealed was news that Russian Doll writer-director-executive producer Leslye Headland is developing The Acolyte. The series is described as “a mystery-thriller that will take viewers into a galaxy of shadowy secrets and emerging dark-side powers in the final days of the High Republic era.”

Finally, a score of animated series were also announced, including A Droid Story focused on R2-D2 and C-3PO working alongside “a new hero,” and a series of short films under the Star Wars: Visions title. There was also a first-look at the new Clone Wars spin-off Star Wars: The Bad Batch. Check that out — along with title cards for all the announced shows — below.

All this Star Wars TV news came alongside word about the expanding big screen universe as well. In addition to confirming the untitled project from Taika Waititi, Disney announced that Patty Jenkins will helm a film called Star Wars: Rogue Squadron.

The galaxy’s favorite scoundrel, Lando Calrissian, will return in Lando, a brand-new event series for @DisneyPlus. Justin Simien (@JSim07) is in the early stages of developing the project.

Lucasfilm Animation is teaming up with Lucasfilm’s visual effects team, Industrial Light & Magic, to develop a special @StarWars adventure for @DisneyPlus, A Droid Story. This epic journey will introduce us to a new hero guided by R2-D2 and C-3PO.