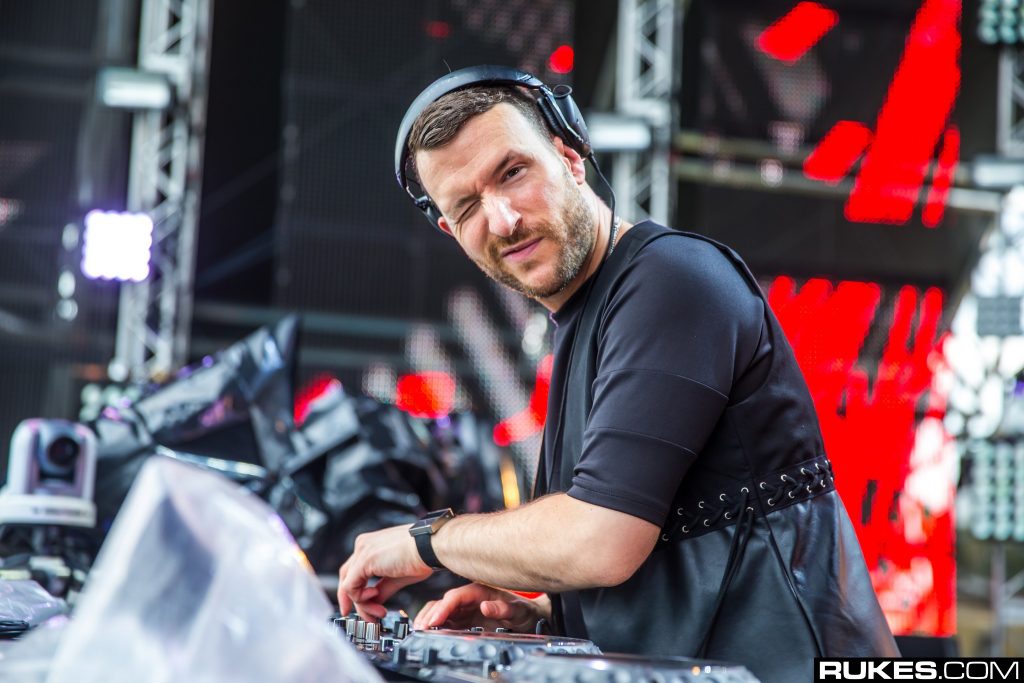 UPDATE | Don Diablo has tweeted about the video apologizing to those who felt it was insensitive. As we previously mentioned, the intent of the video was positive, only poorly.

Apologies to those who thought the video I posted tonight was insensitive 🙏🏻 Obviously it was intended to bring people together in this time of confusion and uncertainty. My fans and everyone else know my only goal will always be to spread positivity. Sorry again, love you all ❤️

Everyone wants to do something good to ease others’ suffering and anxieties during this tumultuous time, but consideration should be given to how one goes about doing that. It’s hard to think that an entire team saw this video from Don Diablo, from storyboarding to concept to approval, and still decided to put it out.

In theory, the video has a good message. “WE are facing difficult times but WE are in this TOGETHER,” Don Diablo writes in the caption. “Let’s stay strong, support each other and create an even better FUTURE on OUR beautiful planet.” Not so bad, right?

Unfortunately, the content of the video undermines the message it promotes, depicting CGI recreations of some of the year’s worst disasters so far, including COVID-19 (depicting it in particular with a caption reading Wuhan, China, rather than the name of the virus, something most have labeled as being dangerous to inciting racial prejudice), the Iran airplane missile incident, and, most egregiously, the helicopter crash that killed Kobe Bryant in February.

Plenty have already shared screen recordings of the video, as well, to make sure others are aware of what he tried to sweep under the rug. An apology would be a good first step, but it’s unclear if one is coming as keeping the Instagram video up, a social share with more positive reactions, implies he doesn’t think the content is wrong, just that he wants to hide the negativity it has unleashed in his replies.

We will update this article if and when an apology is issued. Until that time, see replies to the original tweet below.

In case you missed @DonDiablo’s completely tone deaf promotional/inspirational(?) video that features 3D renders of Australia in flames and Kobe’s helicopter crashing in to a hillside with his own music in the background – here it is.

Sorry man deleting the tweet is not gonna be enough this time: pic.twitter.com/RaHiHUwfbd

Could be a career ender this one. Wow.

i’ve been on this planet for 30 years, and this is by far the worst thing i have ever seen. it’s so bad im tweeting you twice. please take this down dude good lord.

this man really hired someone to render a 3D video of Kobe’s helicopter crashing into a hillside and put his own music behind it to tell us to stay strong in the current crisis lmao this is PEAK DJ social unawareness https://t.co/iRFv7XAKGX

looks like that Don Diablo tweet finally got deleted, but you know what, at the end of the day he actually was successful in bringing us together… to shit on his lack of judgement lmao

Yo you need to practice some social distancing from the computer and Twitter after this. Wtf lol

you gotta just delete this and say you got hacked 😭

Love you don diablo but this is something else…

Bro this is WACK. Delete this fucking now. Jesus. pic.twitter.com/ALJNgAS7yJ

The virus is one thing, but the helicopter and the plane crash????? Nah THIS AINT IT.

Dude, this seems like you’re exploiting tragedies to promote your music and brand. I’m sure that wasn’t the case so please reconsider this post.

I refuse to believe this went past managers eyes before posting.

You and your team wylin

@DonDiablo WTF did I just watch? It’s bad enough DJs are making Covid-19 inspired songs (all Trash btw), but this going waaaaay too far. I miss when EDM was about escapism…

Bruh did y’all just really animate Kobe’s helicopter crash and the plane getting shot down?

who thought this was a good idea