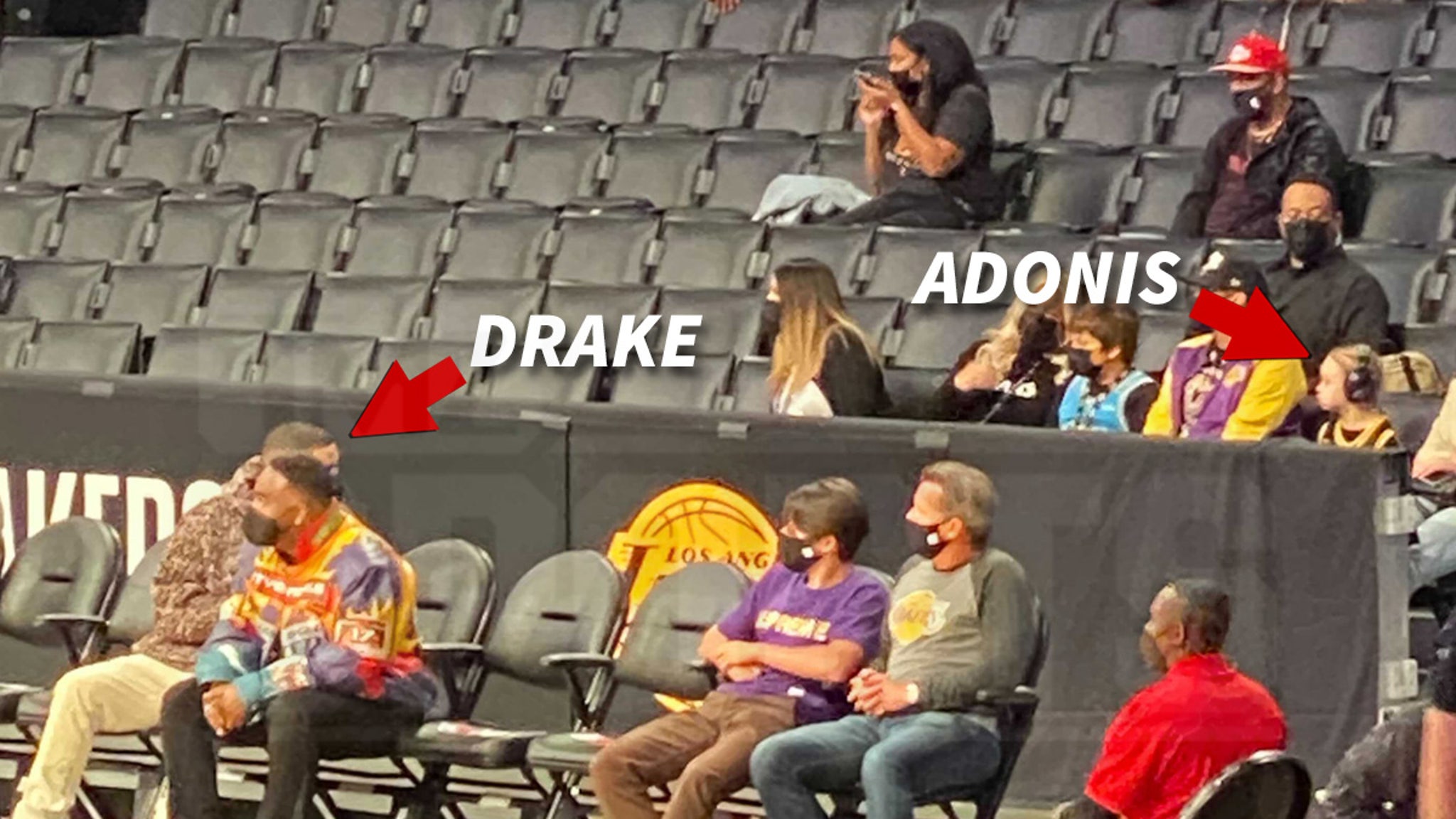 Drake‘s 3-year-old son got a taste of Lakers playoff basketball, and even though it wasn’t very good … he didn’t look like he cared too much.

Billboard’s Artist of the Decade brought Adonis to the Staples Center Thursday night to watch L.A. take on the Phoenix Suns and try to avoid elimination.

Dad kept him a little farther away from the action than courtside — we’re guessing it’s a safety thing — but did sit with him for a bit to point out some players on the court … and probably give some fatherly hoops advice.

Adonis was decked out in a dope LeBron jersey and headphones as he entered the arena with Drake. We don’t know if he was listening to hype music for the Lakers, but if so … it didn’t work. They got trounced 113-100.

So, Bron and the Lakers won’t be repeating as NBA champs, but this father-son basketball outing’s still pretty cool. Best of all … no tears this time!