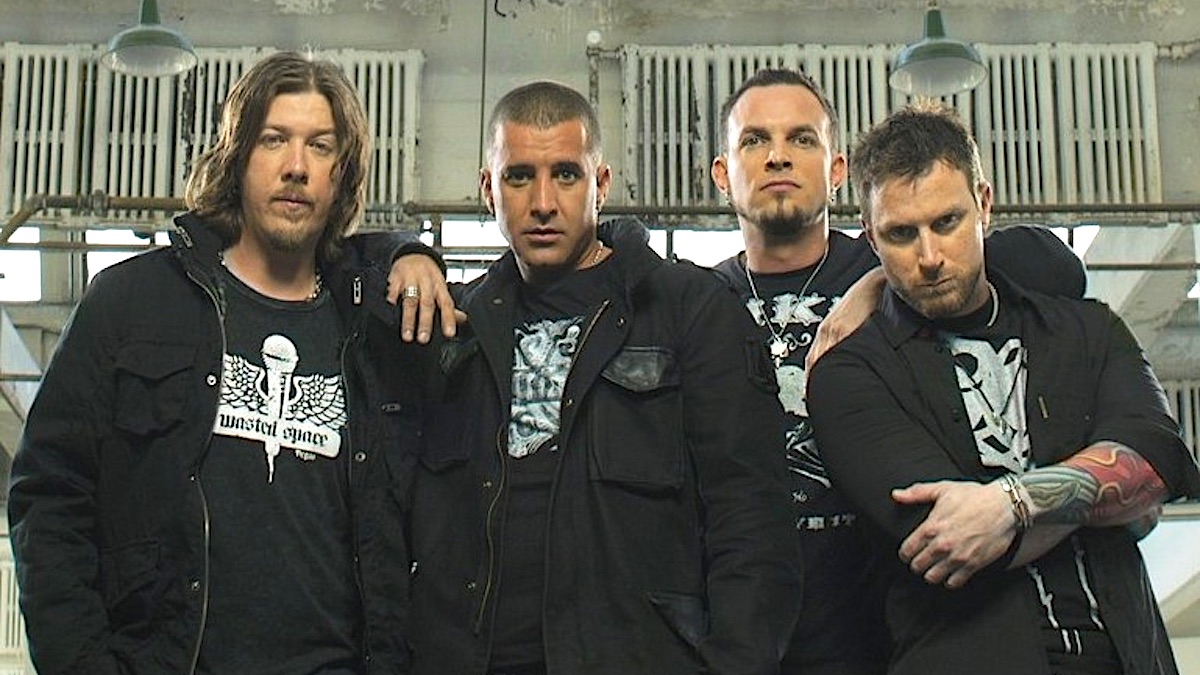 It’s been roughly eight years since Creed played their final show after reuniting for a new album and tour. Now, drummer Scott Phillips reveals that the band members have been talking, and that another reunion is a “possibility down the road.”

Creed originally broke up in 2004 after a wildly successful ride in which they sold millions upon millions of albums, and scored such No. 1 rock hits as “Higher”, “With Arms Wide Open”, and “My Sacrifice.” The post-grunge outfit built up a massive following, which also led to backlash from critics and rock fans who perhaps didn’t appreciate the band’s righteous music or felt that singer Scott Stapp sounded a little too similar to Pearl Jam’s Eddie Vedder.

Upon their breakup, three-quarters of the band joined forces with singer Myles Kennedy to form Alter Bridge, who are still a successful rock act to this day, with a new EP titled Walk the Sky 2.0 arriving Friday (November 6th). Creed did reunite for the 2009 album Full Circle, and toured in support of the effort until December 2012.

While promoting the aforementioned Alter Bridge EP, drummer Scott Phillips was asked by Audio Ink Radio about speculation that arose when Creed updated their Facebook profile image with a photo of the band a few months ago.

“I didn’t know that had happened,” remarked Phillips. “That’s interesting. I’m the worst when it comes to social media. I go through phases where I’m into it for about two days, and then I don’t pick it up for about two months. But, that being said, there’s always talk every now and then of the possibility of us getting back together and doing some stuff. We’re all in a good spot right now where we feel like we have a good relationship amongst the four of us.”

He continued, “Obviously, Mark [Tremonti] and Brian [Marshall] and I are in the same band together, But, Scott [Stapp] seems to be doing really, really well. There’s some dialogue. We tend to check up on each other when it’s birthdays and holidays, things like that. So, there has been some chatter, and there’s no specific timetable for anything or no specific plans, but it’s a possibility down the road. We’ll just kind of let it play out naturally and see what happens.”

After the reunion ended, Stapp went through a very difficult period in which he had a psychotic breakdown fueled by alcohol and drug abuse. He was later diagnosed with bipolar disorder and sought treatment for addiction. In recent years, the singer appears to have gotten his life in order.

Back in July, Stapp told KLOS radio host Full Metal Jackie (via Blabbermouth), “For the longest time, there’s been nothing but positivity and support for each other with the guys and myself. And so anything is possible. If that time comes, I guarantee you, and you can be sure, that we will let the whole world know.”

Last year, guitarist Mark Tremonti said he was sitting on a full album’s worth of new Creed material, telling Hatebreed frontman Jamey Jasta’s podcast, “People say, ‘Is it done? Is it over? Is there new music coming out?’ I’m sitting on an entire Creed album. … When we were together doing the reunion tour, we put a lot of music together and I have like really sketchy little demos of probably 13 songs. I listened to them maybe a year ago and they’re good songs.”

For now, Tremonti and company are busy with Alter Bridge, while the guitarist also has his own eponymous project. Stapp has pursued a solo career, releasing his latest album, The Space Between the Shadows, in 2019.

Croods 2 Box Office: How Much The Movie Made Opening Night In Theaters Over Thanksgiving
The 3 Best, and Only, Thanksgiving Themed Horror Movies
The Croods A New Age Review: An Eye Popping, Heartwarming Holiday Treasure
SPELL arrives to Blu-ray January 12
Kurt Vile Covers John Prine’s “Speed of the Sound of Loneliness” on Seth Meyers: Watch