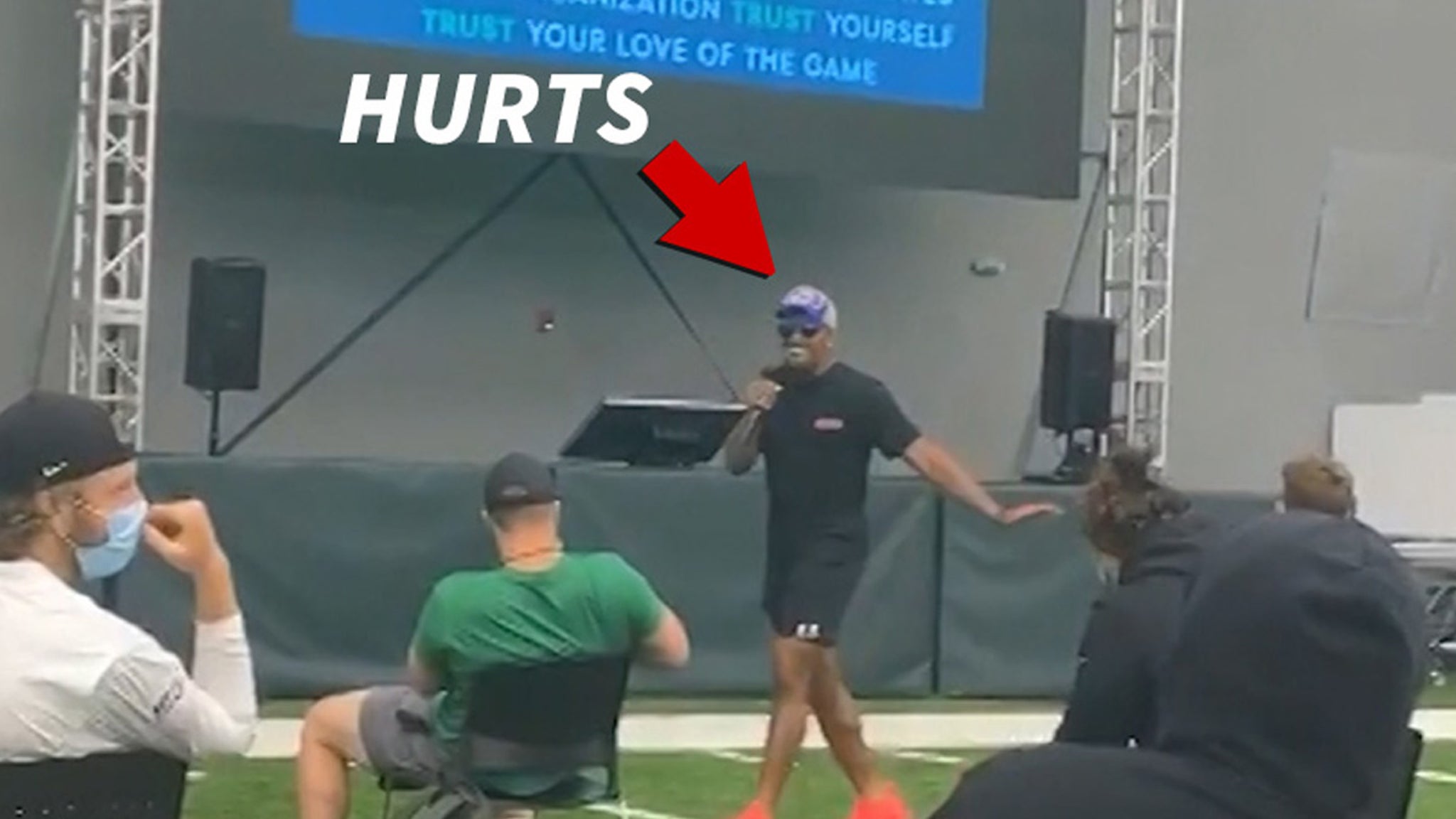 That’s how the Philadelphia Eagles players felt about rookie QB Jalen Hurts — booing the guy off the stage during a performance at the team facility  … and the footage is hilarious!!!

The former Oklahoma/Alabama star tried to best to perform Maze’s 1981 hit, “Before I Let Go” on Tuesday — but man, it did not work out!

And, since it’s Philly, the crowd LET HIM HAVE IT — booing the crap out of the guy … with some players yelling, “Get the f**k outta here!”

Obviously, the whole thing is in good fun … NFL rookies have been embarrassing themselves in team “talent” shows for decades. Never gets old.

Hurts had previously performed Al Green‘s “Love & Happiness” for the team last week — no boo’s there, though.

Kristen Bell Asks Us Not To Get Judgy After She Caught Her Daughters Drinking Non-Alcoholic Beer During School Call
Kate Gosselin Calls Ex Jon Gosselin “Violent and Abusive” After Alleged Incident With Son Collin
Film Review: You Should Have Left (2020)
NEON will release POSSESSOR: UNCUT in theaters October 2nd, 2020
What’s Going On With The DCEU’s Cyborg Movie