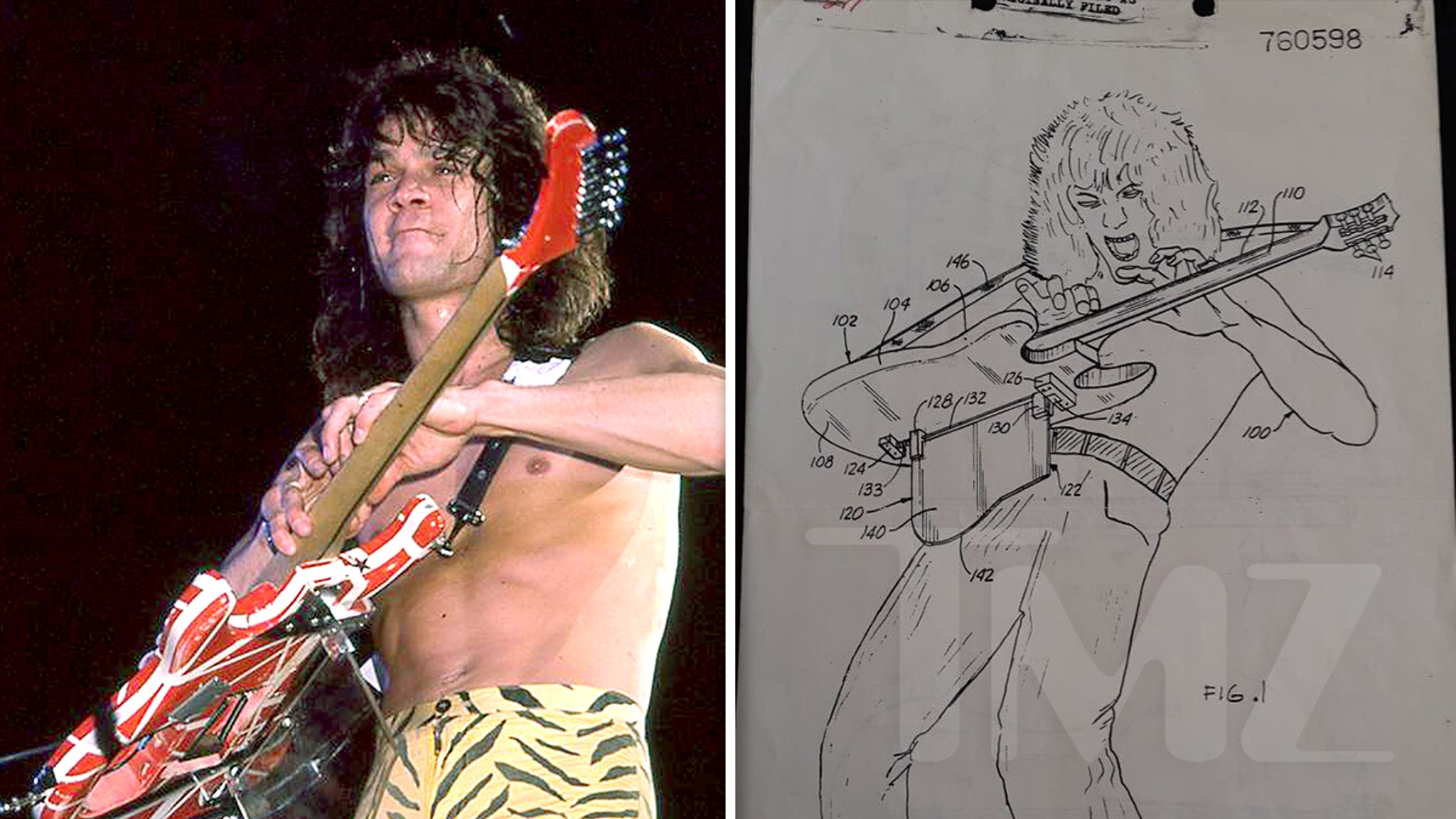 Eddie Van Halen‘s musical genius is unquestioned — turns out the guy was a bit of a design wiz too, and the nuts and bolts of his iconic inventions could soon be yours to own.

Memorabilia collector Eric Kuck tells TMZ … he owns an original U.S. patent Eddie submitted in 1985. It includes a mockup Eddie submitted for his “musical instrument support” device, which is really just a guitar body rest that allowed him to free up both hands.

Kuck says he’s got the OG drawings — which are very detailed and totally rad — plus the certificate of authenticity with Eddie’s John Hancock … so folks know it’s legit.

Kuck’s planning to sell it in a silent auction at his brother’s Tampa-area business, Carrollwood Fine Wine and Spirits — bidding goes from Oct. 15 to Nov. 15.

Ideally, Kuck wants someone from Eddie’s own family to score his treasure. He would be willing to work with the Van Halen family on an agreement if they were interested.

As for how much the patent docs could fetch, Kuck tells us the sky’s the limit … especially since Eddie passed away just last week after a long battle with cancer. FWIW, Kuck says he paid $800 for the paperwork about 15 years ago through an auction … obviously, it’d be worth a lot more now.

One last thing … Kuck says a portion of the proceeds will be donated to the American Cancer Society and the Free Rider Fellowship Church in Plant City, Florida.

What’s New on Netflix in November: Virgin River, The Crown, and More
One Harry Potter Actor Likes Not Being Recognized Nearly A Decade After The Final Film
What to Watch: The Undoing, This Is Us, Christmas Movies Galore!
Jennifer Aniston Says Don’t Vote Kanye West, ‘It’s Not Funny’
Maya Rudolph Turns the Final Trump-Biden Debate Into a Drinking Game in the SNL Cold Open