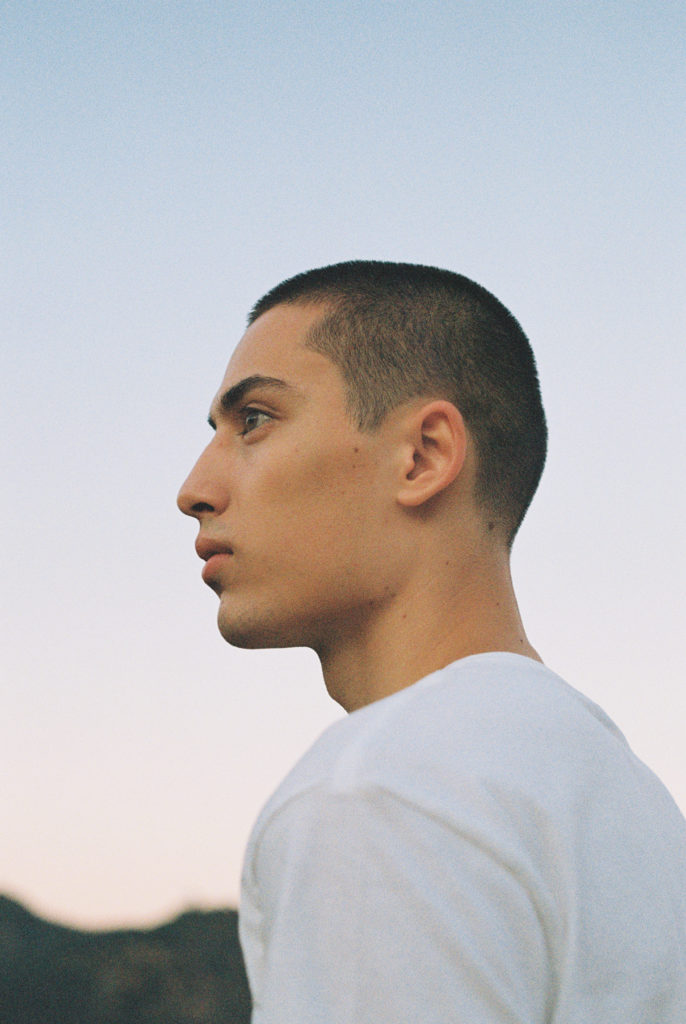 If you were a close follower of YouTube-based labels like NCS and Monstercat anywhere from 2013 to 2014, chances are high that you came across an artist going by The Eden Project at one point or another. The artist had an extensive catalogue of originals, remixes and features released throughout that time period, largely focusing his sound on melodic dubstep, drum & bass and electro house. In 2015, however, The Eden Project took a turn toward more dark & ethereal R&B/pop music and was promptly reborn as EDEN.

Although many fans of Jonathon Ng’s music were carried over from alias to alias and many associate the artist with EDM (thanks to uncredited collaborations with the likes Illenium, Pierce Fulton & ak9), EDEN has had a tendency to shift farther and farther away from his electronic music roots with every passing project. On his 2018 debut album vertigo, Ng pursued a more intimate, acoustic-driven style that was noticeably closer to that of a singer/songwriter than a dance music producer.

Nevertheless, that same year EDEN began leaving bread crumbs that pointed toward a return to electronic music, beginning with the IDM-influenced “stutter” on his about time EP. Fans began to pick up these clues even further when Ng posted a video of himself singing over a sole analog synth on the floor of a New York City subway station. Early last year, EDEN’s single “909” –named for the massively influential Roland TR-909– teased a return to form in its most obvious capacity.

Well, perhaps “return to form” isn’t quite the right way to describe the sound of EDEN’s sophomore album no future. While the album is his first multi-track project to venture into this territory since his alias changeover, the heavy electronic music influence on no future is drastically different than it was in the days of The Eden Project (more centric toward experimentation with modular synthesis than crafting massive bass drops).

“I … bought a modular synthesizer for the first time, which was really fun to work with,” Ng said, “I spent so long making things completely digitally, and so this is a whole new kind of exploration for me.”

Fittingly, the synthesis showcased on EDEN’s sophomore album feels exploratory, serving as the means rather than the ends of the project’s sonic direction. Many of the key features of vertigo –the vulnerable vocals, the light guitar, the glitchy production, the atmospheric instrumentals– are still highly present on no future, albeit with more drum machines and wacky synths playing the background. “isohel” –one of the album’s lead singles– describes this direction well, with its acoustic-driven instrumental being backed up by squealing synths in the same wheelhouse as a SOPHIE track.

Cuts like “just saying” take the album’s electronic influence even further, jumping back and forth between heavy, disorienting electronic beats and more soft, ballad-like sections. The song “????” is arguably even more bewildering, with slick rock & roll guitar licks being contrasted by off-the-wall IDM synths that attack from every corner. “rushing” is more or less on the opposite end of this spectrum, featuring a simple atmospheric instrumental palette for the majority of the track’s length, eventually cutting away to a stadium-sized rock break –with a guitar solo seemingly straight out of the 80s– toward its end.

“hertz” and “projector” are perhaps the best examples of no future hitting its full potential sonically, with both songs showcasing previously unexplored areas of Ng’s vocal range, all while being backed up by oddly danceable beats and colorful analog synths. At the same time, some of the album’s more interest moments come in its more subtle ones, such no future‘s closer “untitled,” which is built around a sample of several Jamaican children singing “Linstead Market.”

At 19 tracks and over 57 minutes in length, no future certainly is not for the faint of heart. Regardless, the album is a noteworthy step in a new direction for the Irish artist and I highly recommend giving the LP a spin or two.

no future is out now via Astralwerks. Listen below:

Batwoman Season 1 Episode 13 Review: Drink Me
Boruto: Who’s Possessing Naruto’s Son In The Sequel Series
Grey’s Anatomy Round Table: Do YOU Believe DeLuca Is Battling a Mental Disorder?
The Long-Awaited <i>Friends</i> Reunion is Happening This May
Tristan Thompson Shares Rare Video With His “Princess” True Thompson