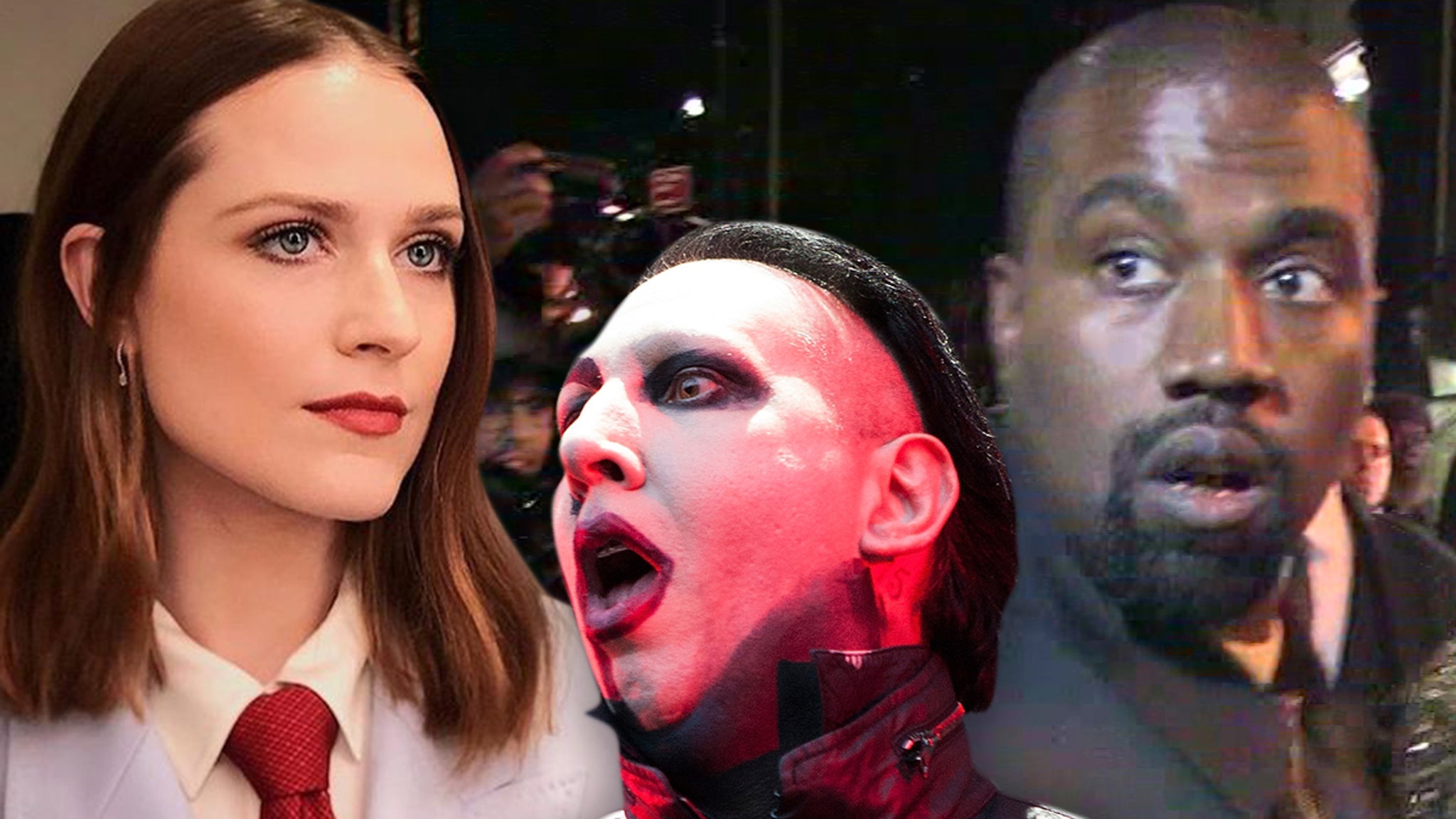 Kanye West hosting Marilyn Manson at his latest “Donda” event has spurred a reaction from one of the latter’s most notable accusers … Evan Rachel Wood‘s got a response, in song.

The actress hit the Bourbon Room in Hollywood Saturday night, where she got on stage and did an impromptu performance of the New Radicals’ “You Give What You Get” … with just a guitarist and an iPhone on hand to help out.

It’s pretty clear who ERW was dedicating the song to, because her caption alluded to “survivors” who she feels were betrayed this week — of course, in relation to Manson.

She writes, “For my fellow survivors who got slapped in the face this week. I love you. Don’t give up.” Evan also said that she’d been saving this cover, and that Saturday felt like an appropriate time to let it rip.

Waiting for your permission to load Spotify track.

This all comes on the heels of Kanye’s third listening show in Chicago this week — where he not only had Manson come hang out, but DaBaby as well … both of whom have been embroiled in controversy of late. Manson, however, is another level … he’s been accused of rape and sexual abuse by numerous women — all of which he’s vehemently denied.

Still, it was a bizarre move on Ye’s part to bring both of those guys out — not to mention feature them on one of his tracks. DB and MM are on “Jail, Pt. 2.” Some reports say Kanye did it just for shock value and publicity ahead of the release … which if true, is bonkers.

Speaking of the chaotic upload of “Donda” … Ye spoke on that just today, saying it was put out by UMG without his final approval. But, he still appears to be firmly in support of “Jail, Pt. 2” being included. For the record … the song did end up making it on Apple and Spotify.

At any rate, we know how Evan feels about this whole thing … and she seems to think Ye will reap what he sows.