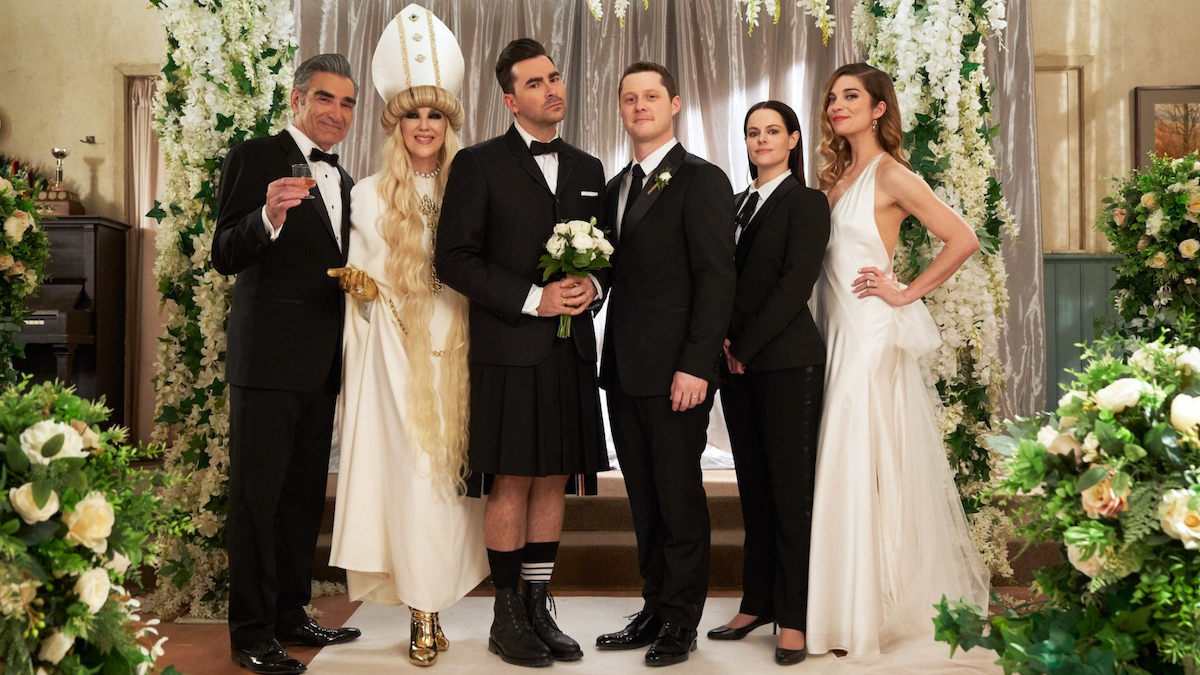 It’s a week of all the best news for Schitt’s Creek and its fans. Less than 24 hours after the modern comedy classic completed a history-making sweep of the Emmys, we at last know when the show’s sixth and final season will be hitting Netflix: October 7th.

Schitt’s Creek originally ran on Canada’s CBC Television beginning in 2015, but the only way to watch it in the US was on the Pop TV pay channel or buying seasons on Amazon. It wasn’t until the Netflix began hosting past seasons in 2017 that the series entered the US cultural consciousness, leading to a huge spike in popularity.

Though surely even those US fans without Pop TV or Amazon Prime accounts have already found ways to see the final episodes, everyone with a Netflix account will finally be able to re-watch at their leisure this fall. Schitt’s Creek Season 6 originally aired on Pop TV and CBC between January and April of this year.

Editor’s Note: Pick up your own David Rose-inspired face mask and say “ew” to anti-maskers. A portion of the proceeds will benefit MusiCares’ COVID-19 Artist Relief fund supporting independent musicians.

The history-making final season of Schitt’s Creek will (finally) hit Netflix in the US and Canada on October 7. pic.twitter.com/VV3cdDCi4H