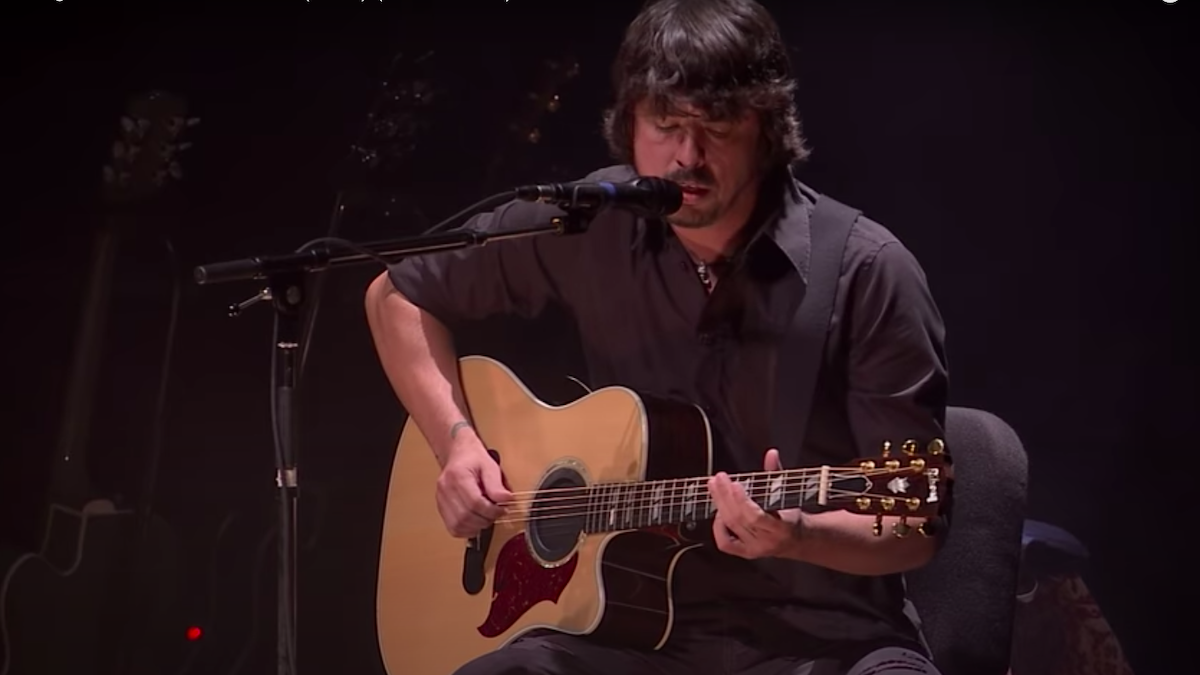 In 2006, the Foo Fighters performed an acoustic concert at Los Angeles’ Pantages Theatre. The show was packaged as a CD and film, both called Skin and Bones, and as a charity fundraiser the Foos have now released that iconic footage for free. Watch it below.

The movie was directed by Danny Clinch, who appears on-stage during “Another Round” to play harmonica. In addition to the usual Foo crew of Taylor Hawkins, Nate Mendel, and Chris Shiflett, frontman Dave Grohl was joined by the tour team of Petra Harden, Drew Hester, Rami Jeffee, and Pat Smear, the latter two of whom subsequently joined the band as full-time members.

The performance at the Pantages Theatre had been proceeded by a lengthy acoustic tour. Before a rendition of “Next Year”, Grohl explained how that experience had changed his relationship with his songs.

“Most of our music begins with an acoustic guitar… then we go in and make them into songs, and turn them into rock songs. Therein lies the challenge. Sometimes it translates back and forth, and sometimes the songs stay acoustic, and sometimes they suck and you never hear them. There’s a lot of those — there’s a lot of those songs — but there are some that we turned into rock songs that I think maybe should’ve stayed acoustic style-y, because in the last couple months that we’ve been doing these shows, I’ve learned to love them more.”

By making the concert film Skin and Bones available for free, Foo Fighters are trying to fundraise for the MusiCares COVID-19 Relief Fund. As of this writing, the rockers have already raised over $50,000 to help their fellow musicians impacted by the coronavirus pandemic. Check out Skin and Bones below.

It’s been a great month for classic Foo Fighters concerts, as just days ago Lollapalooza opened the vault on the classic 2011 show in torrential rains. In April, the Foos shared their 2006 set at London’s Hyde Park. Grohl has been active on the charity front as well, surprising a a COVID-19 nurse with a performance of “Everlong” and participating in a star-studded rendition of “Times Like These” for BBC Radio 1. .Grohl’s True Short Stories have been an Instagram quarantine hit, and he recently told the tale of David Bowie telling him to “fuck off.”

Setlist:
Intro
Razor
Over and Out
On the Mend
Walking After You
Still
Marigold
My Hero
Next Year
Another Round
See You
Cold Day in the Sun
Big Me
What If I Do
Skin and Bones
Ain’t It the Life
February Stars
Times Like These
Friend of a Friend
Best of You
Everlong