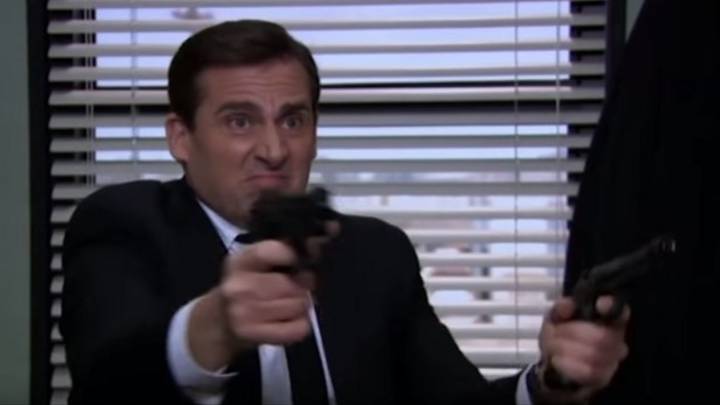 The Office fans of the world have long wished to see Michael Scott’s action film, Threat Level Midnight, in its gloriously campy entirety. Consider this an early holiday treat, then, as the team behind the show has just released the full official version. Watch it below.

As Complex reminds us, the idea for the action film was first introduced in Season 2 when Pam (Jenna Fischer) came across the script for a spy flick film written by her boss, Scott (Steve Carell). Viewers eventually got a peek at a few scenes in Season 7 when the coworkers screened the film. However, until now, the full short could only be scene as a bonus feature included on the Season 7 DVD.

In Threat Level Midnight , Scott plays a super spy named Michael Scarn, who goes undercover as a hockey player to keep the evil Goldenface (played by Jim, aka John Krasinski) from destroying the NHL All-Star Game. The task apparently hits a loose heartstring for Scarn, as his wife Catherine Zeta-Scarn was killed during a WNBA All-Star Game. Watch how he handles the task and see where all the other Office cast members fit into the plot below.

In related news, NBC has vocalized an Office reboot as “a goal” for its upcoming streaming service Peacock. The platform will also be home to the show’s original eight seasons once they leave Netflix in 2021.