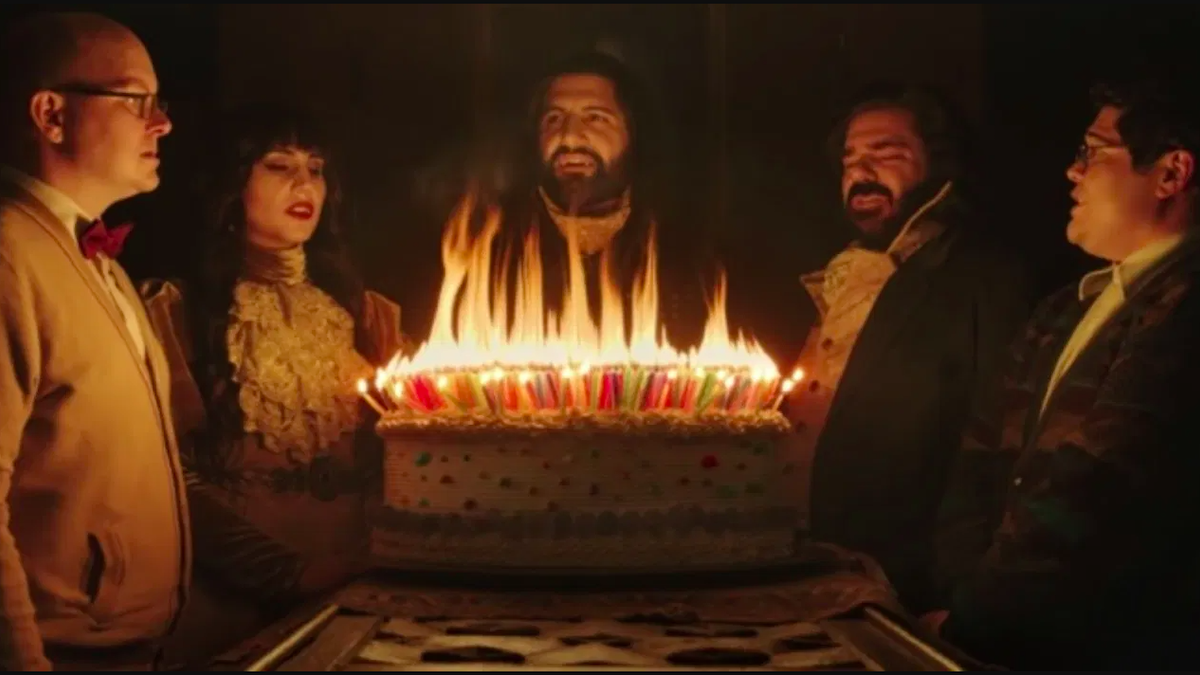 Midway through a fangtastic Season 2, the vampire mockumentary What We Do in the Shadows has been renewed for Season 3.

As THR notes, the show has grown its audience by 25% since the start of Season 1. Additionally, Shadows’ batty writing and high-profile guest appearances, including Mark Hamill as Jim the Vampire, has garnered some bloody-good reviews. Altogether the decision was pretty easy for FX. Nick Grad, the network’s president of original programming, said,

“We’re incredibly happy that critics and audiences are all in on Shadows. Week in and week out, the producers, writers and our amazing cast continue to make one of the funniest and best comedy series on TV.”

What We Do in the Shadows is expected to return the cast of Matt Berry, Natasia Demetriou, Kayvan Novak, Harvey Guillen, and Mark Proksch, although there are still a few episodes left of Season 2 for somebody to get Van Helsing-ed.

Over the last two months, FXX’s new breakout hit Dave starring Lil Dicky has been renewed for a second season, while the coronavirus crisis halted production on the FX’s older stalwarts including Atlanta and Fargo.